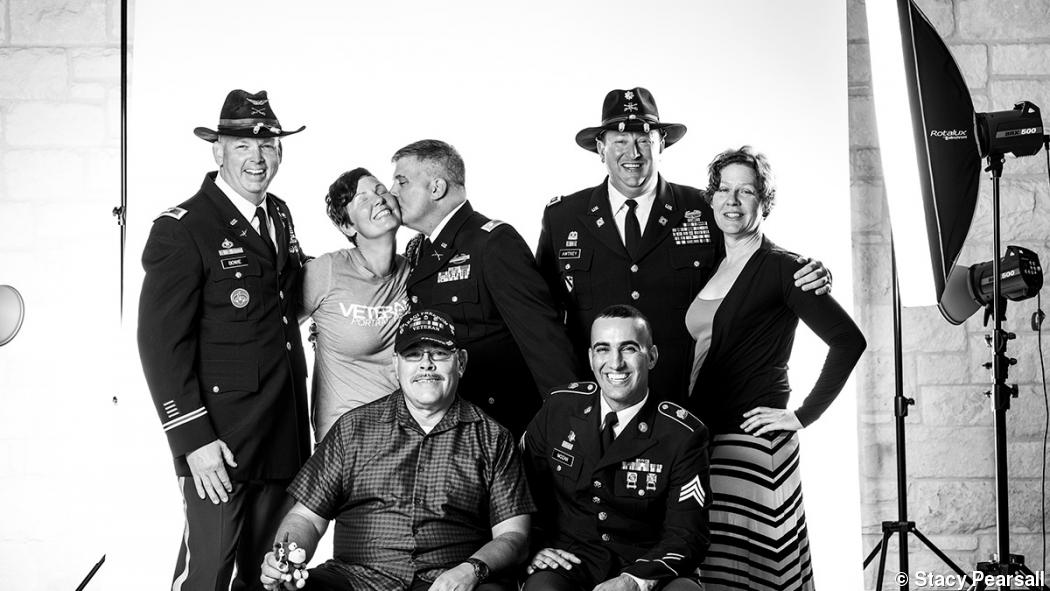 The old man, in his 90s, headed to the seat next to Stacy Pearsall. She avoided him. They were in the waiting room of a Veterans Affairs clinic, and Pearsall’s neurology appointment was already running two hours late. She was feeling “extra surly.” Indeed, she was in a dark, dark place.

Pearsall, raised by a single parent “at the poverty line,” had joined the Air Force at age 17 and became a combat photographer. She excelled in that craft, twice winning the National Press Photographers Association Military Photographer of the Year. She excelled in her duty, too, deploying twice to Iraq during some of the heaviest fighting of the war. She survived two improvised explosive device blasts, and on one patrol her unit drove into an ambush. Pearsall provided machine gun cover fire as soldiers retrieved their wounded comrades, and she dragged one soldier to safety herself, earning a Bronze Star for her actions. Her duty left Pearsall one of the wounded, with a spinal injury, traumatic brain injury, and post-traumatic stress disorder. The Air Force medically retired Pearsall in her 20s. Though stationed at Charleston Air Force Base in South Carolina, she was transferred to the VA medical system, which, in 2008, was mired in bureaucratic inefficiency and archaic attitudes. “Not a lot of gals my age around,” she says. She endured long waits, ogling, and different doctors with every visit, each one wondering how she could have suffered blast wounds. A volunteer at a community service table slapped Pearsall’s hand when she reached for some cookies. “That’s for the veterans,” the volunteer snapped. “Why do you think I’m here?” Pearsall snapped back. Hating the VA, hating her condition, seeing no future in her life, and contemplating ways to end it, Pearsall had reason to feel extra surly. She didn’t want some old guy bothering her that day in the neurology clinic waiting room. She looked anywhere but at him, but in her periphery vision she could see he was staring at her. Finally, she turned and demanded, “Can I help you?”

“And he lit up,” Pearsall says. “He turned his body toward me and talked my ear off,” sharing his stories of World War II and the Normandy invasion. Pearsall listened: both to her fellow vet 70 years her senior and to herself. “I turned the microscope on myself and where I was at that point in my life, all the negative things: I can’t stand long, I can’t wear body armor, I can’t run, all of my medical experiences, and the imminent retirement from the military, which I didn’t want.” In her nadir moment, Pearsall arrived at a simple decision. “I thought, I should take his portrait.” She did take his portrait. Then she began taking portraits of other vets while waiting for her VA appointments. Two years later she named her efforts the Veterans Portrait Project and expanded it nationwide from the VA Clinic in Charleston, where she lives with her husband, Andy Dunaway, also a professional photographer who served with her in the Air Force. “As part of my recovery, I set a goal of photographing veterans in every state,” Pearsall says; she’s currently made it to 27 states. “It was supposed to be something to keep me motivated and achieving, not necessarily occupationally but as emotionally cathartic for me.” Such food for the soul is something Pearsall, a freelance editorial and commercial photographer, believes every professional photographer needs. “We constantly focus on our next assignment and not look at what we can do to better ourselves. And not just photographic skills: I mean bettering ourselves from a personal point of view, taking the time to recharge your battery.”

Though the Veterans Portrait Project is time-consuming, non-income work, she calls it creatively reinvigorating, making her a better photographer on assignments. Meantime, she’s evolved into a portraitist capturing lifetime nuances in her images. “I love telling the human story; for me that’s very fulfilling,” she says of her photojournalism work. “The Veterans Project is just portrait journalism; it’s an extension of that world.”

Pearsall relies on sponsors and private donations to finance the Veterans Portrait Project. No veteran pays for his or her portrait. Most often an American Legion or VFW post hosts her for a day, and she sets up her portable studio at veteran appreciation events and conventions. Bringing with her one to three assistants depending on the event and her RSVP list, Pearsall has taken as many as 100 portraits in a single day. Her goal is to do two poses with each veteran in the 10 to 12 minutes she spends with each. She shoots these portraits in black-and-white. “Over the course of my lifetime, the styles may change but the color palette won’t,” she explains. She also believes black-and-white puts more focus on the individual and less on the clothes, though many of the vets are in uniform, and she encourages them to bring a service item of significance. Aside from classes with Joe McNally, Pearsall has no formal training in lighting, and technical craftsmanship was initially a struggle. “I had a hard time putting the technical aspect with the creative aspect,” she says. “I could see what I wanted to capture but I couldn’t manage to get the right settings. It took a lot of tutoring.”

More than her technical skills and studio experience, Pearsall’s interpersonal skills and life experiences are the keys to her success as a portraitist. “I’ve always been an observer of human nature and human body language and dynamics, and I believe that is my biggest tool,” she says. In the project’s formative years she decided not to let her lack of experience with posing and lighting overwhelm her. Instead, she looked to her strength—understanding each subject’s personality—to guide her work.

Her motive is not to pose the veterans but to get them into a position that’s comfortable for them. As she converses with her subjects, “I’m observing their body language and observing their energy,” she says, clueing in on how to position her four lights. Her own life experiences—especially her combat experiences in close-quarter firefights—help her open up to all the possibilities the subject offers. “People might see the experiences I’ve lived through and think that it is a negative, but not really. I’ve seen the best and the worst of humanity, and it allows me to see the world without blinders on. It allows me to get out of my own sphere and better empathize with other people’s experiences and not jump to judgment. That puts my subjects at ease and allows them to open up.” She aims to capture the “little micro gestures that come together to make a dynamic portrait.” There’s the Air Force interceptor pilot who served in Vietnam with the Army’s Cavalry, which made him an honorary member, allowing him to wear the Cavalry’s ceremonial cowboy hat. “He’s a jokester,” Pearsall recalls as she looks at her portrait of the stooping man, standing in profile but turning his head toward the camera as he touches the brim of his hat. Military members use levity to get through combat duty, she says, “and I wanted to capture that. It’s a half-truth: there’s humor and sadness in his eyes. He is also vulnerable: a lot of pressure on his shoulders.” One “bad-ass” woman has an eye-shutting smile as she hugs her service dog. “I was trying to find her softer side, and her companion dog allowed that barrier to lower,” Pearsall says. Another woman is grinning big but looking nervously to her left, her shoulder slightly raised, signs of “contentment and wariness,” Pearsall says. “When somebody looks down and to the left, they are visualizing a memory. I asked her to tell me the funniest story that happened in the military.” The woman started laughing, willing to tell her story, but then putting up her guard. “She looked into her mind’s eye and still had this big grin, and that’s the moment I captured.”

Pearsall’s scientific knowledge of body language married to her technical abilities work toward her artistic vision. She looks at her portrait of a highly decorated Army colonel who served in the Special Forces, formally posing in profile like a 19th century military hero; but the image is backlit revealing softness in the man’s expression and distance in his eyes. His career began in Vietnam where life expectancy was low for a Special Forces lieutenant. “Despite that, he came out on the other side,” Pearsall says. “There is light in his life despite his experiences, which were intense in the Special Forces in Vietnam. This is what I saw in him.”

That she is a veteran herself not only gives Pearsall the knowledge of what this colonel experienced, it gives her a connection across generations and gender. Her original portrait subject in the VA clinic wasn’t eyeing her as a young woman; he was looking to her as a fellow vet. “They are my brothers and sisters,” Pearsall says. “Raising the right hand alone gives us the camaraderie that other individuals in the workspace would not have the luxury of knowing in a lifetime.”

And they are her heroes. “It takes a unique individual to raise their right hand and say, ‘I lay my life on the line for you.’ Whether they were in combat or not, to step up to serve like that says a lot about character.” It’s that character, which Pearsall shares, that she captures in her portraits. 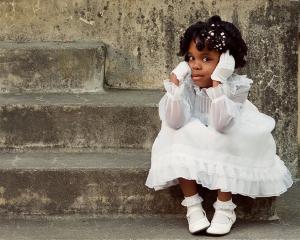 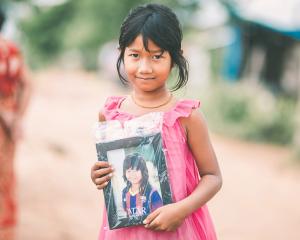 News
More about his "My First Selfie" project 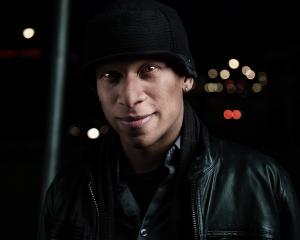 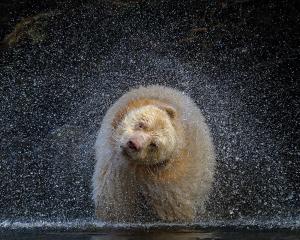