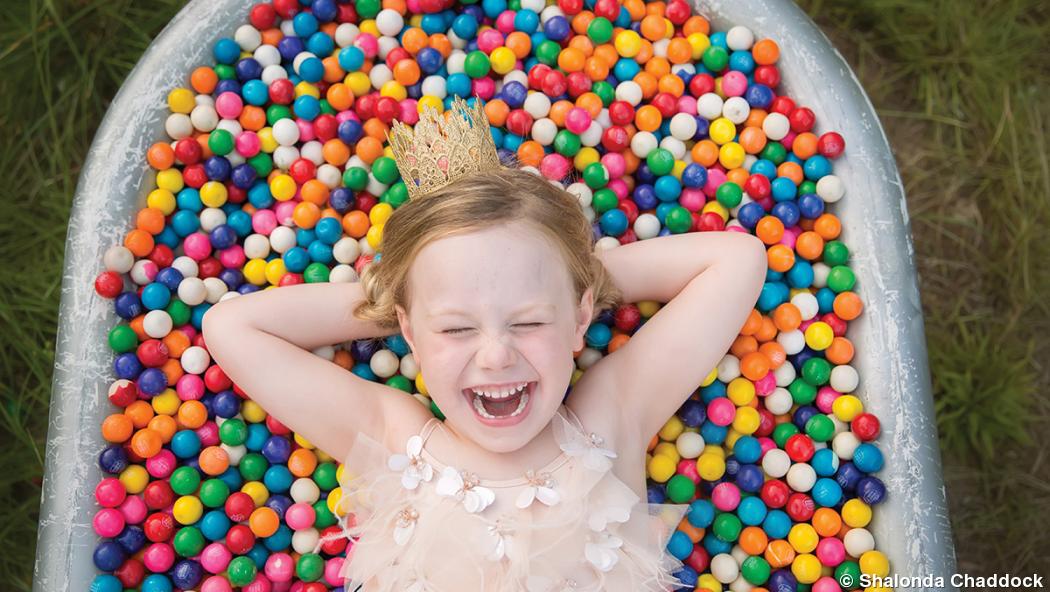 Five years into her portrait photography career, Shalonda Chaddock had an unfortunate realization: She dreaded making family portraits. The sessions stressed her out. She describes feeling nervous by having all eyes on her and then being uncertain she knew what she was doing.  Her solution was to take a year off from family sessions to evaluate what made them so painful. Her realization: People act unnatural when a camera appears, and it’s awkward for everyone involved. “You might have the most fun personality ever, but it felt like as soon as you put somebody in front of your camera they froze up and had these really weird smiles and didn’t know what to do with their hands, like Ricky Bobby in [the movie] ‘Talladega Nights,’” she laughs. “It was so uncomfortable.”

She asked herself how she could change the dynamic of her family sessions. In 2014, she’d launched “All About Me” sessions for children. The tactic was to style a session around something the child loves, whether that be ballet, balloons, or baseball. What she learned from these dreamy, imaginative sessions is that it’s much easier to get authentic expressions from a child when they’re absorbed in something they enjoy. Wouldn’t the same be true for families?

From that point on, Chaddock made it her goal not just to make portraits of a family but to create a fun experience the family would remember and want to replicate each year. To make the sessions engaging and to distract subjects from her camera, she incorporated games and promps, nixing formal posing altogether. “Every session, even mini sessions, are just a constant flow of game after game after prompt after game,” she says. “If you give them the ability to move during a shoot, they forget there is a camera on their face.” Those awkward, self-conscious smiles? Gone, she says. “They’re not aware of your camera because you’re giving them instructions of something that they need to do, or play, or a prompt. And it’s fun stuff.”

Incorporating games into family sessions sparked an idea for a new line of family portraits: the Happy Place. Families choose an activity they love to do together—baking, going to the zoo, playing board games, etc.—and engage in that activity while Chaddock makes photos. “It’s basically a lifestyle shoot but has more direction,” she says. “And again, it gives people the ability to not worry about the camera and be more genuine with their family and their emotions.”

Although the activity they’re engaging in is real—they really do play that board game, for example—she styles the shoot prior to taking photographs. For example, for a Happy Place session with a family baking cupcakes in their kitchen (below), Chaddock added blue cupcake liners and blueberries to the scene to color coordinate with the blue accents in the kitchen. And she arranged items on the kitchen island for a pleasing look. Shalonda Chaddock engages families in games that make for authentic smiles and plenty of movement in her photographs.

Stomp the monster: For a wiggly toddler that Chaddock needs to keep in good light, she busts out monster stickers, puts one or two on the ground where she wants the toddler to stand, and asks them to stomp the monster’s face. “Help! Help! Can you squash that monster’s head?” she asks. Don’t forget to pick up the stickers before leaving so there’s no litter in your wake.

Two heads: One of the parents picks up the child with their legs wrapped around the parent’s waist. Twirl them around three to five times. Chaddock then tells them to stop, look at her, and count how many heads she has. Chaddock came to child and family portraiture by making photographs of her own children. She graduated from Texas A&M University with an engineering degree and worked in engineering and pharmaceutical sales before becoming a stay-at-home mom. While caring for her newborn, she began making photographs with a point-and-shoot, researching techniques via the internet at night and practicing them on her daughter during the day. With an increasing number of friends asking her to photograph their children, she eventually upgraded her camera to a professional model. While she loves photographing, she attributes much of her success to her business savvy. “I think that is what pushed me from being a mom with a camera to running one of the most successful children’s portrait businesses in Houston,” she says.

For example, when Chaddock decided to open a business, she checked out the child and family portrait studios in her area and immediately knew how to differentiate her brand. Most studios at that time were projecting a formal, high-end experience and using flowery script logos. “I looked at my marketing and branding as a mom with kids,” she says. “And a mom with kids is probably not looking for the fancy place to go.” So from the get-go her logo and branding projected casual, kid-friendly warmth.

She nurtured the warmth with blog posts. “I have always been a big-time blogger,” she says. “I blogged back in the day when baby Blogspot blogs were the thing to do. I blogged from the very beginning and not about my business but about my life. So by the time someone decided they wanted me to take their kids’ pictures, they already felt like they knew who I was as a person just from reading my stuff about motherhood in general.” She continues to foster a personal touch by sharing her life and perspectives in blog posts and in the long, heartfelt captions she writes for her Facebook and Instagram posts. © Shalonda Chaddock
Chaddock doesn’t recommend spending much money on props—she’s been known to use leftover birthday party decorations for sessions. But one prop that’s worth its weight is a quilt. It can be a tablecloth, a tent, a blanket, a cape, a backdrop.

Last December Chaddock experienced a stark reminder of the critical role photographers can have in the lives of families. A longtime client contacted her with heart-wrenching news: Her husband had been diagnosed with an aggressive brain tumor. Chaddock had photographed the family when the daughters were young, and the mother regretted that they’d neglected to do annual photos as the girls became busy teenagers. Now the family wanted a series of bucket list photos of the girls and their dad in his final days. One image the girls wanted was of each of them in wedding attire dancing the father-daughter dance they knew they wouldn’t get to experience at their future nuptials. Wedding dresses were donated, a venue was reserved, and the girls had their hair and makeup done. “It ended up being a really hard one,” admits Chaddock. But it was also eye opening—a reminder of the importance of family photography and her role in preserving important memories. This is one reason that during child sessions, Chaddock urges mothers to overcome their camera shyness and allow her to make at least a few mother and child images, if only for the child’s benefit. “A lot of families change, for whatever reason that is—whether that’s a divorce or someone getting sick or an accident or whatever. It’s a constant reminder to me that we are telling this family’s story of today because we don’t know what their future is going to be like.”

Something photographers should always keep in mind, she says, is that you’re telling that family’s story for their future. “Someday they are not going to be here, and all this family will have left are the pictures that you took …. It feels really heavy. But it feels like we are doing something important.” 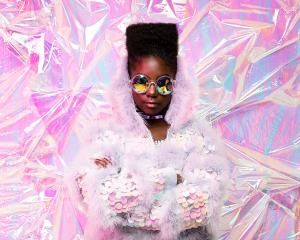 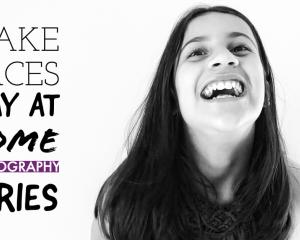 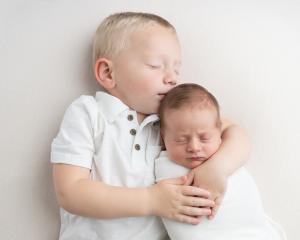