Jeff Cooke makes a movie out of life 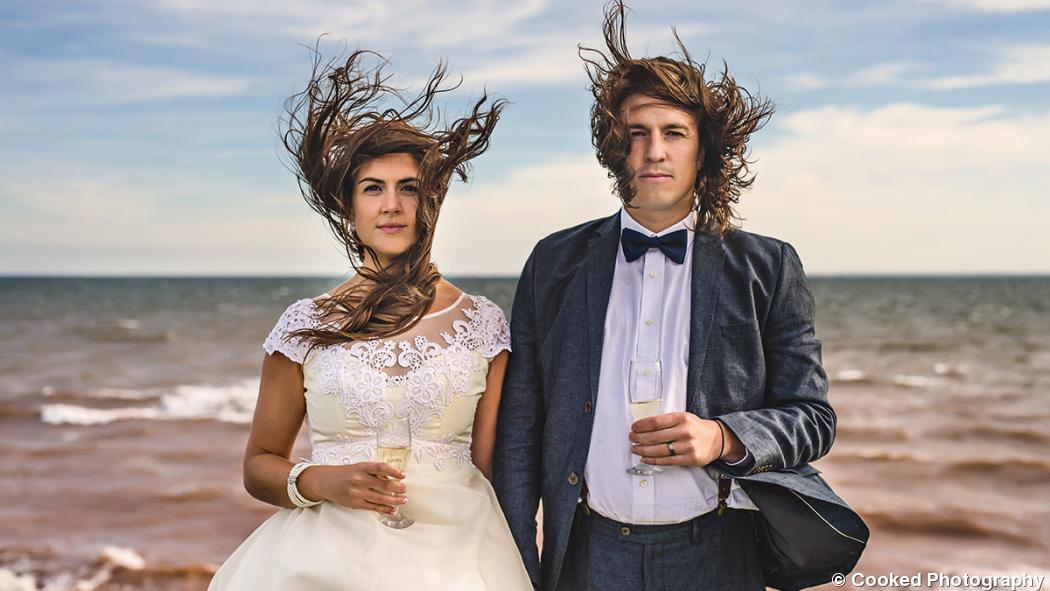 Jeff Cooke has just returned from Greece, where he photographed a friend’s wedding. Or, rather, he photographed a client’s wedding. For Cooke, who’s based in Halifax, Nova Scotia, “friend” and “client” are interchangeable. That’s part of the Cooked Photography business model.

“I never want to be a vendor at a wedding,” Cooke says. “I want to feel like I’m a guest, a friend. People say, ‘Oh my gosh, you’re the photographer, we thought you were a guest here.’ That’s the secret.” Except it’s not really a secret. “I’m just me,” he says. What does it mean to just be Jeff Cooke? An effusive personality, a taste for cinema, and a tack toward photojournalism skills in lighting, composition, and daring. He sees his function as documenting relationships rather than making wedding photos. His portfolio includes gallery-worthy images in evocative destination wedding settings: a couple strolling through a splash of sunlight on an otherwise darkened beach, a couple standing on a mesa amid a burnt-red can yon landscape, a couple traipsing across a boulder jetty behind a line of bright-colored lobster boats, a marriage-sealing kiss in a ceremony framed by a harbor at sunset. His images are quirky, too. He supplements traditional moments with non-traditional poses, radical angles, and seemingly mundane matter chronicling the entirety of the couple’s day.

Cooke captured that one only because he partied through the night with the couple and their coterie. They had planned a day-after photo session, but as 4 a.m. rolled around, Cooke suggested they do the shoot at sunrise. “They were exhausted, the dog was exhausted, and it was right before we said goodbye. It was just like hhhhhaaaaahh, that moment when you’ve been running all day long and you finally sit down and hhhhhaaaaahhh, sink into a pillow or the couch or, in this case, each other’s arms, and say, I’m spent but it was awesome.” Viewing Cooke’s portfolio is like watching a romantic comedy one frame at a time. That is by design. “Think of it as your day as a movie,” Cooke says. “I’m a big movie buff. I appreciate cinematography and storytelling and lighting in movies.” In the dressing room, he captures images of all the activity, not just the bride preparing. “There’s moments within the moment: It is the hair and makeup scene with multiple angles combined in a way that tells a story. That is how I approach a wedding day.” Though he and his associate photographer, Jenn Nauss, have considered offering videography, Cooke advises couples to get his 200-image book instead. A video, you watch; a book, you pause with each turn of the page. “It invokes conversation about that memory,” Cooke says. Because Cooke spends so much time with the wedding party leading up to the wedding day, he forms personal bonds. This engenders trust that manifests in some of his most striking images. Case in point: the kissing couple framed by an exploding wave. “We were driving around the shoreline, I saw the rocks and then saw the wave. I stopped, watched, and timed the waves, checked the rocks and saw that they were dry, and I said, ‘Hey we can do this, and it will be an amazing shot,’ and they said, ‘Cool, we trust you.’” Cooke positioned the couple, watched the tide roll in, “I counted down 3-2-1, she planted one on him, and I got it in one shot.”

The key word in that account: trust. “Shooting from the inside out, getting inside the action, people are going to trust you, feel comfortable with you, and feel like you’re a friend. At a wedding it’s easy for people to pick up on that energy. I’m doing my job but I’m also high-fiving moms and hugging dad and boogying on the dance floor. Friendships are made and people remember you. At a destination wedding you spend a couple of days with a group of people, you build connections, and that builds a circle of friends.”

Inevitably, that circle includes a couple who will themselves someday become engaged. Cooke met one such couple at a wedding he worked in Calgary. “They were on the dance floor and so loving, any photographer would love them,” he says. They used one of his images for their Facebook profile and made him one of their first calls upon their engagement. Theirs was the wedding he recently shot in Greece.

“Simple as that. I’m just me, I do what I love. It took me years to be comfortable with the idea that I could be different, do something extraordinary, and be me, embrace my weirdness and my quirks, and the right people will be attracted to that.” The guy with the camera

Photography is Cooke’s second career. Growing up in Halifax, he played with his dad’s Kodak Instamatic and devoured National Geographic. By high school, the camera was his key to a social life … and to kissing the yearbook editor in the darkroom. In college, “I was the guy with the camera,” he says. “I’d walk around and talk to people and shoot pictures.” But he never considered it a career. He earned his degree in psychology and human resources and leveraged his flair for computers into a career in information technology, working in the real estate division of Bank of America in Charlotte, North Carolina. WIth the home mortgage crisis in full swing and a family that was growing, Cooke left his job and he and his wife, Susie, moved back to Nova Scotia in 2010. He had continued photography as a hobby, purchased a Nikon D80, and discovered the potential of digital photography. Why not use it as a potential earner while looking for his next career move. Cooke chose wedding photography because it entails all genres: portraiture, fashion, photojournalism, food, boudoir, art.

“Wedding photography is a perfect place for someone who is starting out to be a jack-of-all-trades and a master of none,” he says. “And you will master some along the way and learn what you love.” Through Craigslist he offered free wedding photography for practice, and out of a couple dozen responses, he worked three weddings. Meanwhile, a friend hired him to shoot her wedding at Kiawah Island near Charleston, South Carolina. He built a website and, with his analytics know-how, peppered it with the keyword “Halifax.” Google began listing it high on Nova Scotia searches, and couples in Canada’s Maritime region were coming across a seemingly local photographer doing photojournalism-style wedding photography like they’d never seen before. When Susie got a government job in Halifax and they returned to their hometown, Cooke booked 50 weddings in the first year. “Well, I guess I’m a photographer now,” he told himself. With business growing wedding by wedding, he formally named his studio Cooked Photography in 2014 (inspired by a drunk groomsman who asked, “What are you cooking up next?”) so that his associate, Nauss, could begin building her own client base. He’s expanding into food and corporate photography, relying on his studio’s downtown Halifax location and his tried-and-true business model: making friends with neighboring restaurants and businesses.

Among the first weddings he worked, that of his friend on Kiawah Island was perhaps the most important. Not only was it a paying gig, but it showcased him as a destination wedding photographer. A photograph of the couple on a beach amid palmettos became his first advertisement. But what set this wedding apart from others wasn’t the location; it was the circumstances. “It was with people I love. I knew I needed to show beautiful light and a beautiful couple and beautiful places, but for me, this was a marketable wedding because I felt a connection with the people. The stars were aligning.” 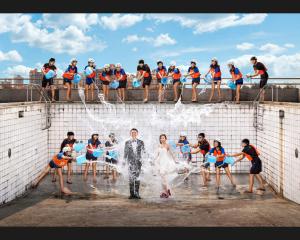 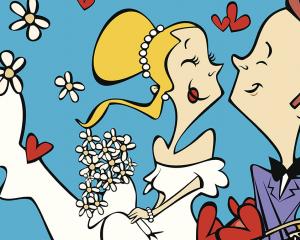 News
A degree elevates your skills and establishes credibility 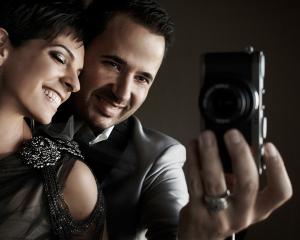