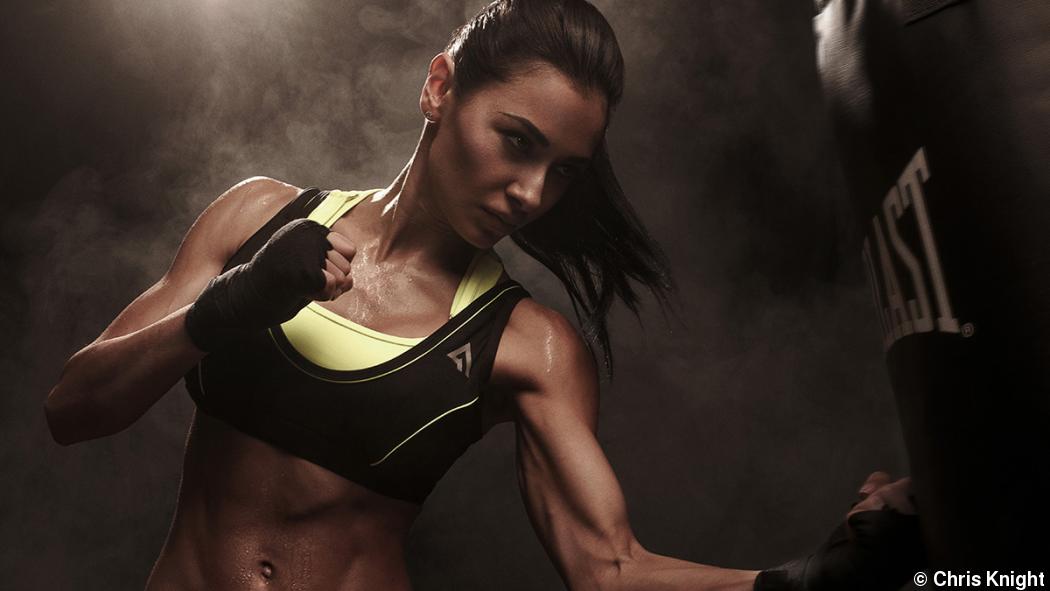 Chris Knight is a self-described techno nerd. The New York City-based photographer brings deft technical skills to his portraits—which have appeared in Vogue, People, GQ and other media outlets—and to his adjunct teaching gigs at the Pratt Institute and the New York Film Academy. His recently released book, “The Dramatic Portrait: The Art of Crafting Light and Shadow” (Rocky Nook), devotes three of its eight chapters to lighting—84 pages covering quality, size, number, position, and variation of lights. Other chapters address color, poses, and post-production. He’ll share his techniques at Imaging USA 2018 in Nashville in January in his session, “Shooting the Dramatic Portrait.” But Knight spends as much, if not more, care on costumes, colors, textures, and purpose than on the technical aspects of camera, lighting, and poses. “Most photographers, generally speaking, are using a certain set of tools,” he says. “You can teach a basic monkey to use the tools in a year or two. What you do with those tools is what’s interesting. That’s the value, and it’s largely personal.” It’s also grounded in his understanding of how portraiture reaches beyond the eyes to the soul. Certainly you can marvel at lighting techniques among Knight’s images, but so much of the arresting images he creates are a product of the evolution of his artistic awareness. That awareness took root in high school, where Knight got involved in theater. “I’ve always had this love for theatricality and light and costume and pomp,” he says. Cinema remains one of his prime inspirations. “Movies are one of my big loves. I’ve got it condensed to a single frame, but a lot of my sensibilities are rooted in that cinematic feeling. … I love the idea of taking classic stories and re-translating them into modern mediums.”

He developed a similar relationship between classic painting and photography after becoming a professional photographer: “What fueled my interest in art history was being around people a whole lot more educated than I was in art and art history. I was always technically sound but didn’t have a lot of soul. I felt I had to step this up.” By then, living in New York, he began visiting that city’s many galleries. “I fell in love with the Met—been there 30 or 40 times and just absorb and embrace everything that’s there. The more you study, the more you learn these extra little bits that fill out your knowledge and inspiration.”

Particular images he creates draw on techniques used by painters, especially the Dutch masters, he explains. For example, because photography evolved at the same time as electricity, it developed with “the ideal of injecting multiple points of light into the image, which is not something paintings use,” Knight says. Rather, paintings derive their points of light from within the image. “What we [as photographers] utilize only represents a small sliver of the ideal. Painting has already gone through a wide range of ideas and experiments. That’s why I like to pull from painting because there’s a wider range of inspiration.” For Knight, the intersection of the soul with the equipment is at the junction of the eyes and the brain, the anatomy comprising human visual perspective: “The camera is a machine: it doesn’t interpret the way the brain does. It falls on us whether to create fantasy or the human experience, and to do that we have to understand even subtle things.”

Rather than technical skills, Knight feels one of the most useful tools for photographers is the Gestalt principles of graphic design, which chart how people understand visual images. These principles not only guide the composition of his images and the specific placement of his lights, they also direct the clothing, background, shadows, and contrasts. He admits that his perfectionist approach to photography originates from a desire to demonstrate his competency in the medium as well as his creativity. “I don’t want people to look at the images and go, ‘Hey, that’s nice retouching, that’s nice lighting.’ That’s never my goal.” He describes his favorite photographers—Erwin Olaf, Eugenio Recuenco, Albert Watson, and Irving Penn—as brilliant technicians who produce compelling work but also demonstrate a strong handling of the craft.

“What influences everything is the purpose of the shot,” he says. “What is it you’re trying to accomplish or say or do? It can be simple; it can be complex, creating a specific emotion or style or something that looks pretty. Once you have that purpose, it makes all the rest of your decisions much easier.”

Knight begins each portrait by establishing one of three purposes: to create a compelling portrait of an individual (“and there’s not a whole lot of narrative in that, it’s very surface”); to create a character (“you’re finding a person to fill that character”); or a combination of the two, developing a character from an individual’s personality. As much as he can teach technique and offer a philosophical roadmap, his guidance in the business of photography is summed up by the subtitle to his book chapter “Personal Style: You Do You.” The subtext to that subtitle is, Don’t try to do him. Of course his technical lessons can improve craftsmanship, but as he reiterates, those are just tools. “I get that we all have to shoot stuff that doesn’t fulfill us creatively,” he says. “When you’re not shooting that, you’ve got to shoot stuff for yourself, something that excites you and enriches you, something you want to shoot. If you’re creating work that excites you, it’s the work that’s going to be stronger, and people ultimately will hire you for that.”

Nor does geographical location or commercial situation matter, he says. “I can’t tell you how much I hate to hear excuses. ‘Hey, I’m in the middle of the country, I can’t do this.’ That’s crap. No one sees your excuses. You can do this stuff anywhere” and with anyone. “I work with models, but you don’t have to.” To exemplify his point, Knight begins pointing out several images on his website gallery. A few he took in his apartment. Several he took at conventions, including the haunting images of a gaunt boxer for which Knight used a vendor’s background and rented the gloves and shorts while the subject wore his own boots. “Conventions—I use that opportunity to let somebody else pay for costumes,” Knight says. And some of the images he created in classes, such as his session at Imaging USA, which he’ll use as an opportunity to be creative. “Don’t let me just phone in the teaching experience,” he says. “I’m a big fan of letting me do something that visually excites me. If you do something that visually excites you, you’re going to do better work.” 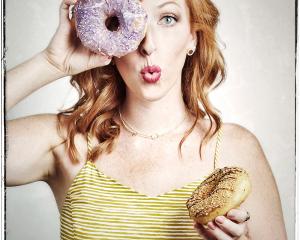 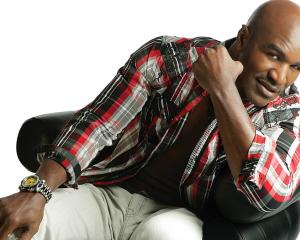 Friend to the Famous: Hernan Rodriguez’s tips for celebrity portraits

Profile
You never know when a cold email will land hot 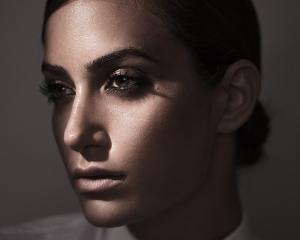