By Deblina Chakraborty May 2019 issue 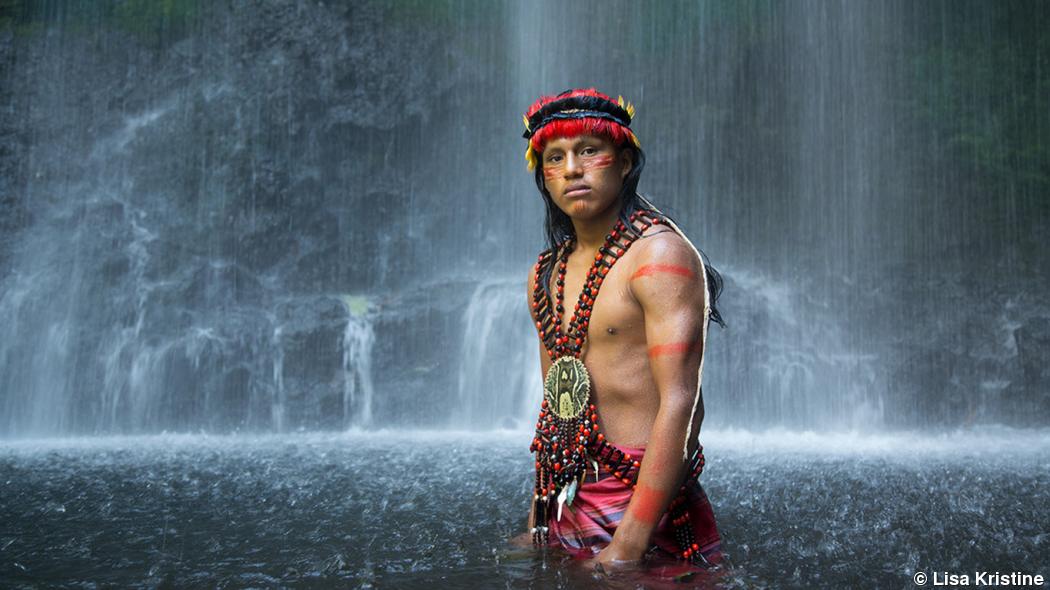 The Shaur warrior led the way. Lisa Kristine had been living among the warrior’s community in 2017, documenting their lives in the Amazon region of Ecuador. When it came time to take his photo, she followed him to a place he said was sacred to him: a clearing where waterfalls cascaded against a backdrop of lush, green vegetation. He said, “Every plant, every waterfall, is like a child to me.” And Kristine knew she had her shot. That experience and the resulting image, “Guardian of Forest,” is emblematic in many ways of how and why Kristine does her work. When viewers look at her photos, she wants them to learn—about distant lands, about diverse cultures, about the human condition and spirit.

“The most important thing for me is to make a stirring image, an image that’s moving, that will hold a viewer captive in a sense of contemplating the subject in that photograph’s spirit or what they are thinking or how they live,” Kristine says. “Both when I was with [the Shaur warrior], and also when I view the photograph, I feel what is sacred to him and to his community.”

A renowned humanitarian photographer, Kristine has documented indigenous cultures in more than 100 countries on six continents over the past 30 years. But the projects get their start close to home. Kristine typically chooses her subjects and destinations, does her initial research, and finds interpreters from her San Francisco studio.

Once she arrives at her destination, Kristine spends some time with interpreters before embarking on the project. This ensures they understand her goals and intentions and allows her to learn more about the culture in which she’ll soon be immersed. “I have a very defined plan when I go out into the world,” Kristine says. “However, once I’m there, you know, things go wrong, or maybe a tribe has moved from a certain area, so I always leave open the space for magic because usually when one door closes, some other door opens.”

When Kristine begins the process of taking photos, structure and planning tend to go out the window. She works diligently, often waking up at 5 a.m. and spending all day in the company of her subjects. She spends a lot of that time, especially initially, establishing relationships with the people she’s documenting. Photography takes a backseat.

“It’s the connection that precedes the photograph for me,” Kristine explains. “My work is really based on intimacy and trust. So it’s really about connecting with another person in an authentic way, and then the camera comes out after I have permission.”

Aside from interpreters, Kristine works alone to enhance the personal connection with her subjects. “It’s really about honoring the person in front of me and about having that time with them that is imbued with an openness so that someone is willing to share their open, authentic self with me when that shutter is depressed,” she says.

To tap into this authenticity, much of Kristine’s work is spontaneous. But for portrait-like images, she often allows subjects to choose the setting, just as she did in the photograph of the Shaur warrior. There’s no intentional posing involved. She prefers to photograph people “in their flow”—their natural state of being. And she doesn’t use additive lighting. When she arrives on location, she studies how light changes throughout the day, and uses that to guide her work. Once Kristine homes in on her subject in the right setting, she takes just one to three frames, often using a K.B. Canham 4x5 field camera that’s based on 19th-century technology. But even when she’s using a Hasselblad or a 35mm Canon, she refrains from taking a lot of images of the same person.

“I don’t do more because then it changes the whole spirit of the photograph,” Kristine explains. “I feel like then people are very aware they’re being photographed. Less is more for me.”

Some photographers might scoff at the thought of taking just a couple of frames after all the research, planning, and travel that she does. But Kristine spent her early years meticulously recording aperture and shutter speed for each shot she took. Today, that database of information has become an innate backdrop to her work, so she has to give little conscious thought to her camera settings.

This is especially valuable when it comes to Kristine’s work on modern slavery. While partnering with the nongovernmental organization (NGO) Free the Slaves to document illegal slave operations in places such as India, Nepal, and Ghana, she’s had to move quickly to avoid the danger of attracting slaveholders’ attention.

In the inferno-like brick kilns of India and Nepal, for example, she could make photographs only in quick 10- to 20-minute bursts. As she moved quietly among men, women, and children hauling heavy stacks of red-orange bricks from scorching hot kilns to trucks located hundreds of yards away, she had to rely on what little she could communicate through eye contact, as well as the help of abolitionists, to establish trust.

Covered in dust, the brick kiln slaves labored as many as 18 hours a day in upwards of 120-degree heat without food or breaks. Kristine’s 35-millimeter camera didn’t have the same stamina. “I would be working and suddenly my camera would be so hot that I couldn’t even hold it anymore, and it would stop working,” she recalls. “I would have to run back to the [Range] Rover and have them turn on the engine so that we could run the air conditioning over my camera.”

As the cool air revived her camera, Kristine saw others, including the abolitionists who were helping her, continue to suffer in the stifling temperatures. Some vomited and fainted from the heat.

“I’m sitting there with my camera under the air conditioner and thinking, My camera’s getting so much better treatment than any of these people ever will,” she remembers.

But Kristine’s camera has played a vital role in establishing one thing that might ultimately help those enslaved: awareness. Those pictures from Nepal and India became part of her collection called “Modern Day Slavery,” which has garnered national attention. She’s done a TED talk and spoken to audiences at universities, NGOs, and the United Nations about her work in this area. Through those experiences, she’s gotten an idea of the impact her work has had.

“I had so many people say, We read so much and there are so many statistics thrown at us around slavery, but when you see a photograph of a child enslaved, it really makes you want to do something,” Kristine says. “And I guess in that light, I feel that photography has a profound effect.”

Kristine is currently in the process of partnering with the Vatican on a project to document refugees around the world. She says she appreciates that her career allows her to do what she loves while making a difference.

“There’s that saying: When you take one step toward the gods, the gods take 10 toward you,” Kristine says. “In the giving, you receive so much more.” 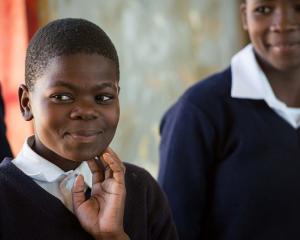 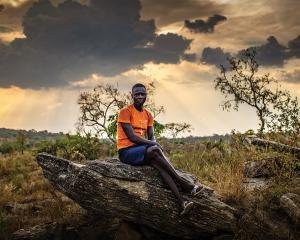 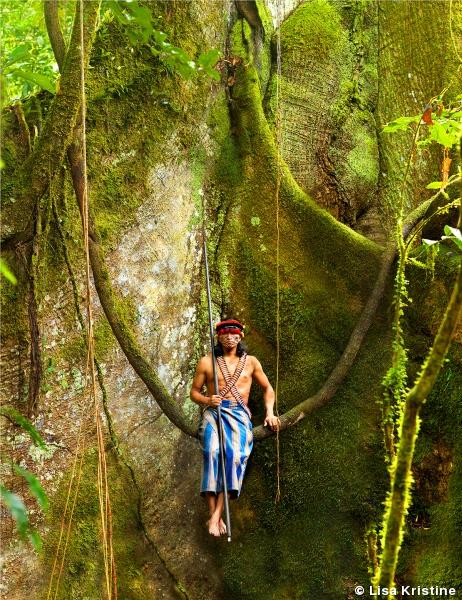 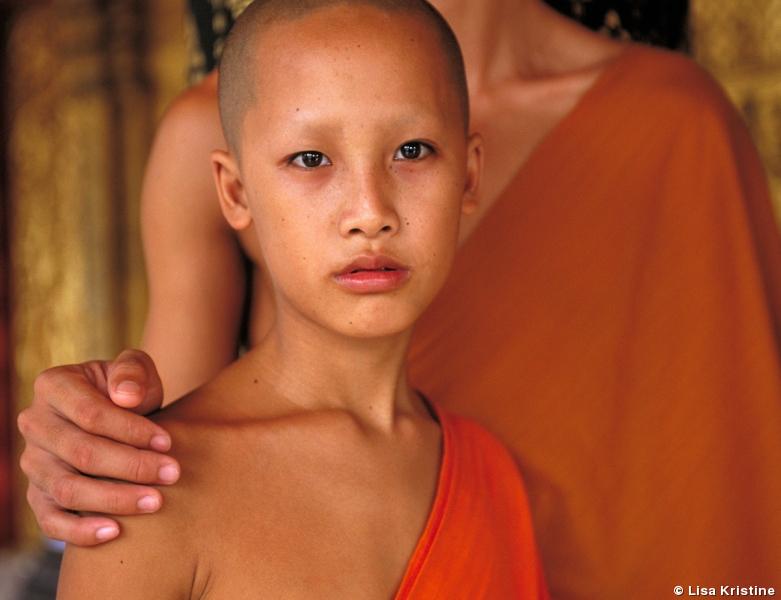 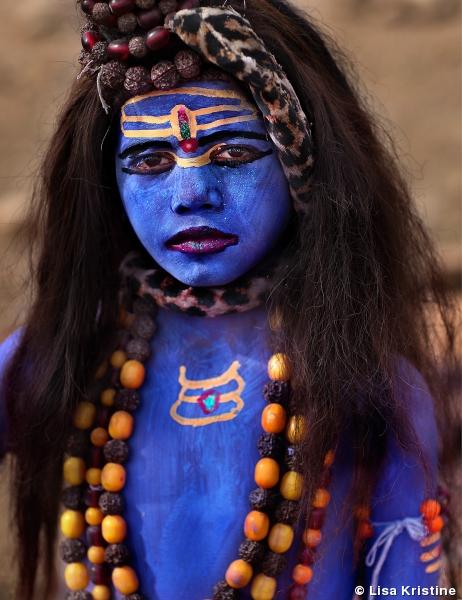 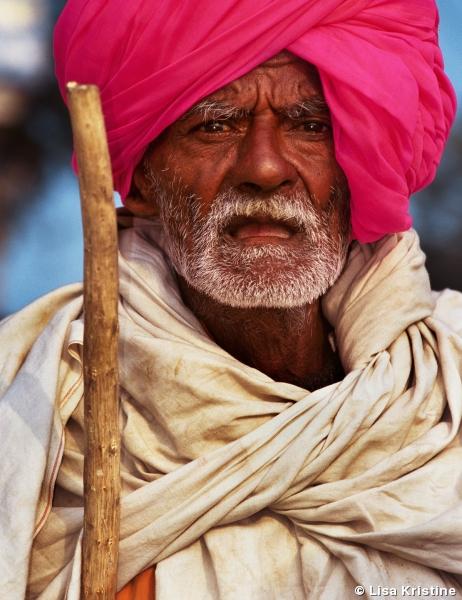 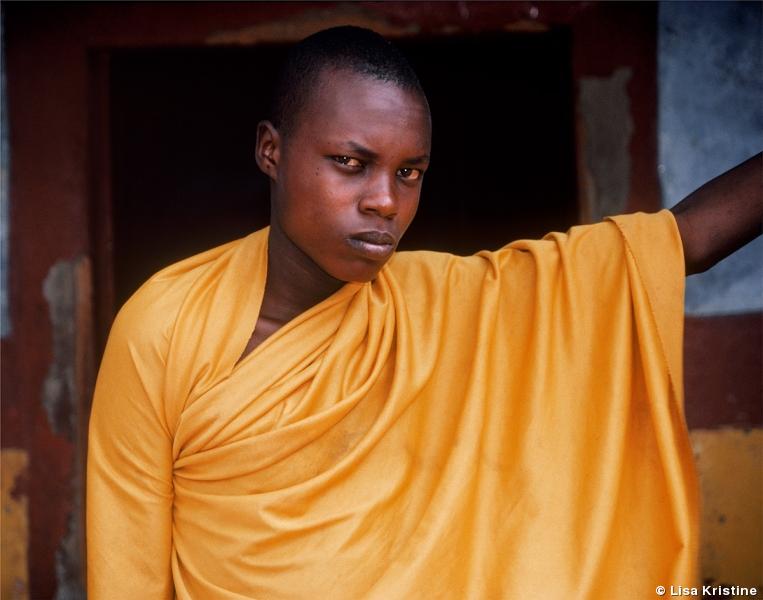 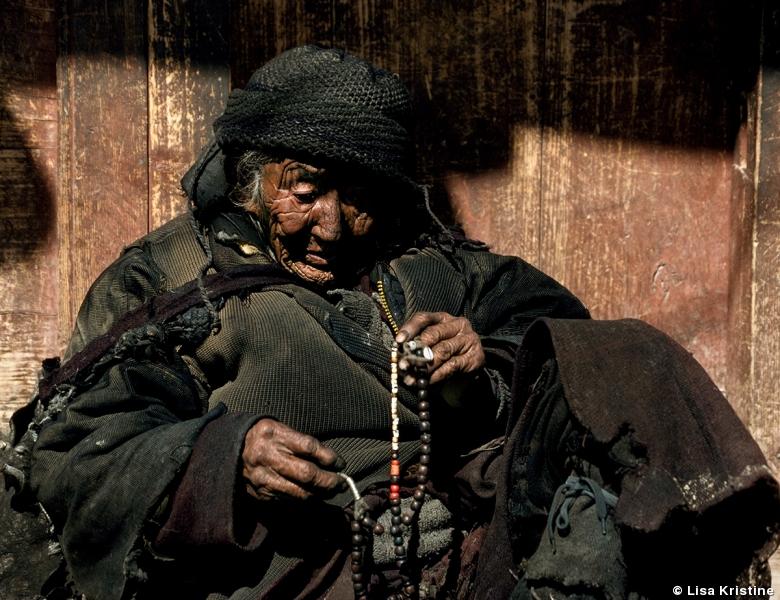 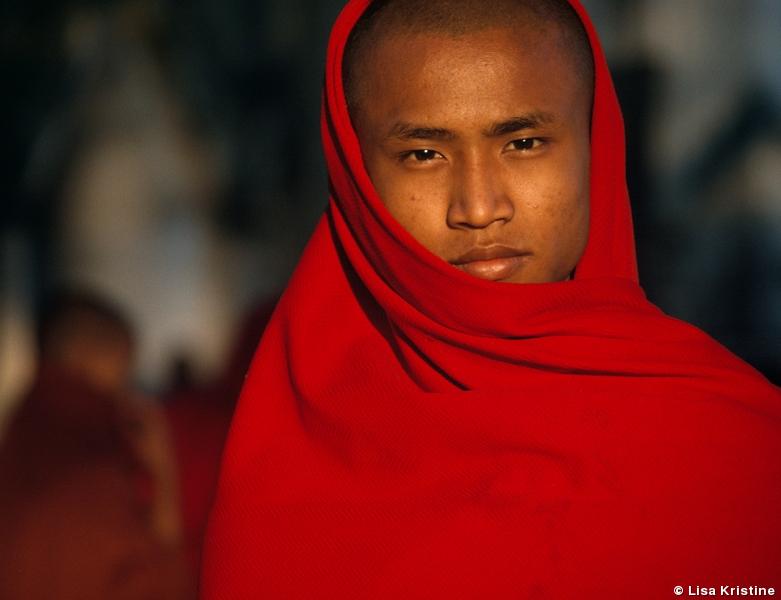 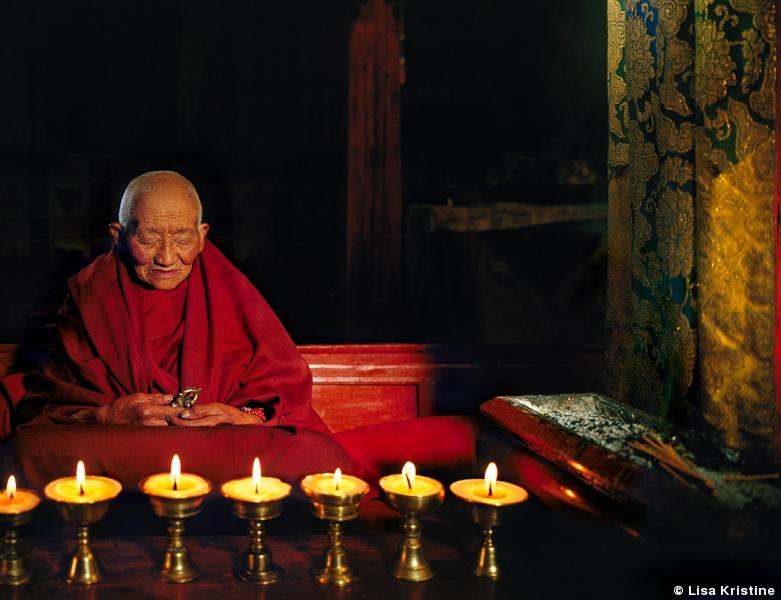 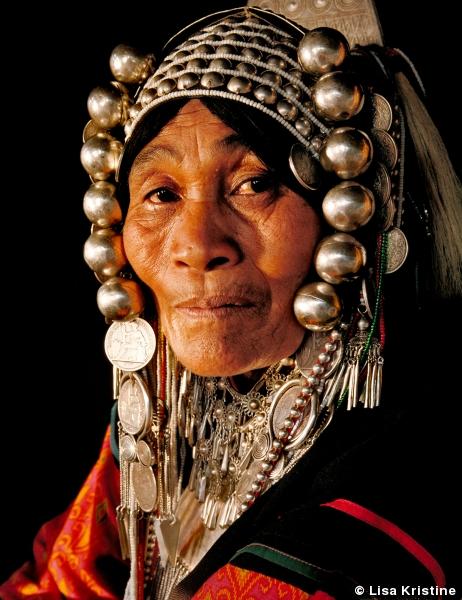 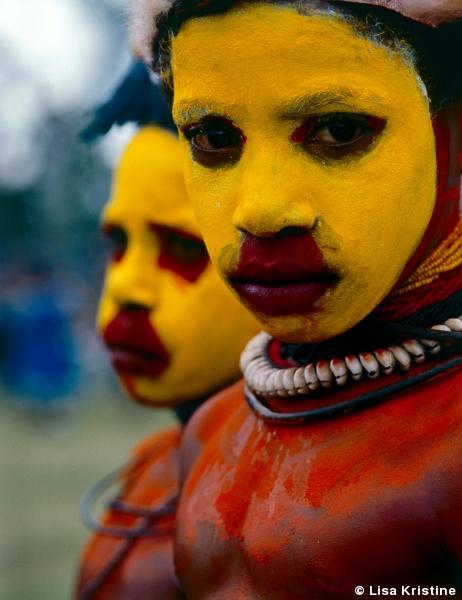 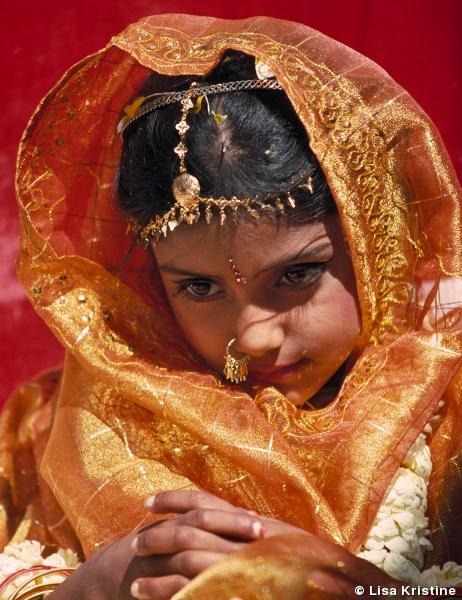