How Andy Frame brokered his way into real estate photography 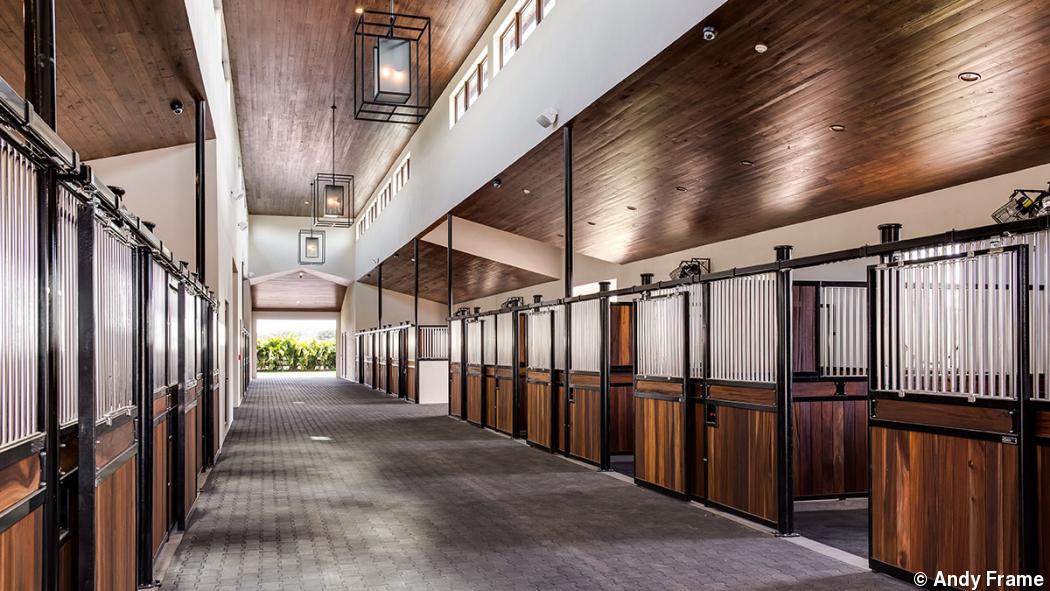 South Florida-based photographer Andy Frame has just completed shooting two real estate assignments and is on his way to a third—a multimillion-dollar waterfront condo near Miami. I’ve joined him for the afternoon to see him in action, and we’re chatting about how he got his start and eventually flourished in the demanding business of real estate and architectural photography.

As Frame, 48, weaves his Volkswagen Jetta through crazy-fast I-95 traffic, he recalls the day nearly a decade ago that he decided to quit working as a car and truck salesman to break into photography.

“The economy had tanked, sales had slowed, and I decided I could go looking for another job—that I hated—or do something I really enjoyed doing.” He’d loved taking photos for his high school newspaper and yearbook and assisting his older brother in wedding photography. “I enjoyed taking pictures and it was something I was good at,” he says as he pulls into the freeway’s fast lane and guns the engine.

“But there was a problem. The economy was in the doldrums; I had no portfolio and no connections in the photography world. How the heck could I make a living taking pictures?” He pauses, laughs and adds, “And I had two kids and a wife to support! Crazy, huh?”

He considered wedding photography. “But most weddings are booked at least six months in advance,” he says. “I couldn’t wait that long for a payday.” He looked into portrait photography and little league baseball teams and high school seniors. “But there were already great photographers deep into those markets. I didn’t think I could break in. Why would clients want to use me?” The bills began to pile up as he looked for an opportunity. “My wife was great; she never lost faith in me,” he recalls. Then, while browsing photography sites on the internet, he came across the work of San Francisco-based real estate and architectural photographer Scott Hargis. Frame emailed Hargis, who offered him advice on everything from how to market himself as a real estate photographer to what lighting to use to how to build repeat business. “He was so generous with his time,” says Frame. “Whatever success I’ve had I owe to Scott and other photographers who helped me in online forums.” Given his location in West Palm Beach, near some of southern Florida’s glitziest homes and condos, real estate photography seemed like a good idea. To build his portfolio he confesses to having taken hundreds of images of his living room, his father-in-law’s condo, and his parents’ and sister’s homes until he made enough good ones to feature on a bare-bones website. Every morning he pored over websites like realtor.com to see what homes had just been listed. If there was no accompanying picture or poor ones, he emailed the real estate agent to pitch his services: “Hi, I’m Andy Frame and I see that you don’t have any picture of the property you are marketing. Please go to my website to see examples of what I shoot and let me help you market your property.” Says Frame, “Pretty basic, but it got me going.”

He also drove to real estate open houses and handed out business cards. He schmoozed agents and brokers in real estate offices on cold calls. “It was slow going, but I kept plugging away,” he says. “There were times we couldn’t pay the electric bill, but I didn’t give up.”

Work, mostly small jobs photographing homes for brokers, trickled in. Then he landed an assignment to photograph a multi-million-dollar penthouse in Boca Raton, Florida, and Frame was on his way. “As soon as I saw that penthouse I knew I was out of my league, but that didn’t stop me. I managed to put together enough decent shots for the broker’s brochure. It was a real turning point.” He then posted the images to his online portfolio, adding some much-needed glitz and glamour. The broker liked the photographs but, more important, says Frame, he also liked Frame’s easy-going manner and eventually gave him dozens more assignments. “My background in sales had taught me that selling yourself and pleasing a client is just as important as taking good pictures,” says Frame. “No one wants to work with a diva.”

Just then, as if on cue, Frame’s mobile phone rings. It is today’s client, a real estate broker, calling from the condo we’re on our way to photograph near Miami. We’re about 10 miles away.

“We thought the shoot was scheduled for tomorrow. The condo isn’t ready.”

Frame pauses for a beat. “No problem. We can reschedule.”

After re-arranging a shooting date with the broker, Frame turns to me and says, “Like I was saying, no client wants to work with a photographer who’s a diva.”

When I ask him if he isn’t even a little bit upset by the last-minute cancellation, he says, “Absolutely not. I understand that stuff happens. She’s a great client and will use me again.” Over coffee, Frame expands on how important having the right attitude is to a photographer. “Simply put, if you’re a jerk, no one wants to work with you. And repeat business is so important in this field.” He also explains, “I won’t nickel-and-dime clients. Say a designer or a broker spots something, such as a garbage can, they would like removed in Photoshop. I’ll do that for free. Too many photographers charge for everything from travel time to computer time to other small, piddling charges. That’s a great way to lose a client. I don’t let a client take advantage of me, but I won’t give them a bill that reads like a laundry list. They remember. And I want that repeat business.” But Frame is no pushover. Five years ago, he found that media outlets including the Daily Mail, Yahoo, TMZ, and others were using his photographs of a home once owned by Olivia Newton-John without his permission. He immediately had his lawyer fire off a warning letter and an invoice to each. Most paid quickly. He sued others and was ultimately paid.

“My licensing agreement allows a client, such as a real estate agent, to use the photo in as many ways as they wish as long as that use is related to the marketing of the property.” But the media outlets that used the photo of Newton-John’s house had no permission. Frame also has a ready answer for publications that ask to use his photos for free—a common occurrence these days. “I ask them,” says Frame, “Where do I send the invoice?”

On location, Frame adheres to the keep-it-simple mantra. “I’m no gear freak, and I keep my equipment to the minimum,” he explains. “I bought simple speed lights off Amazon and use them on stands instead of an elaborate setup. I put my camera, a Nikon D4S, on a tripod, and once I find a composition I like, I will take a series of exposures, both ambient and flash, which can then be manipulated and used to make a composite in Photoshop or Lightroom.” To save time, Frame often sends images to an outside editor. “These editors know what I want, and using them saves me so much time at the computer.” A real estate assignment averages between two and two and a half hours, while a more complex assignment, such as one for a builder or designer, can take an entire day.

A decade or so after Frame was wondering how he’d pay his next utility bill, he has more work than he can handle. He photographs an average of 12 homes a week and estimates that he covers around $2 billion worth of real estate a year for such prestigious clients as Sotheby’s International, The Corcoran Group, and others.

Says Scott Hargis, who was so helpful to Frame when he was starting out, “You know how people say photography is like baseball in that everyone loves it but few can make money doing it? Andy is one of those hard working, willing-to-learn guys that found a way to do just that. He’s a real pro.” 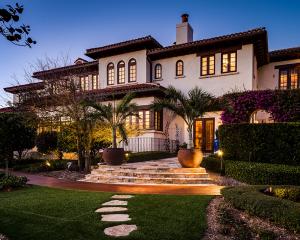 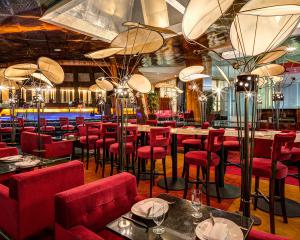 Profile
Lighting of architectural photography is often what separates the pros from everyone else. 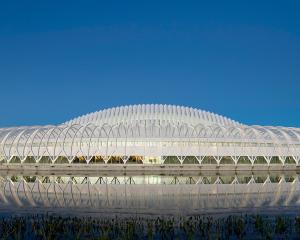 Gallery
Randy Van Duinen has made a specialty of architectural photography.

Profile
The adventures of three young foxes and a dog
×