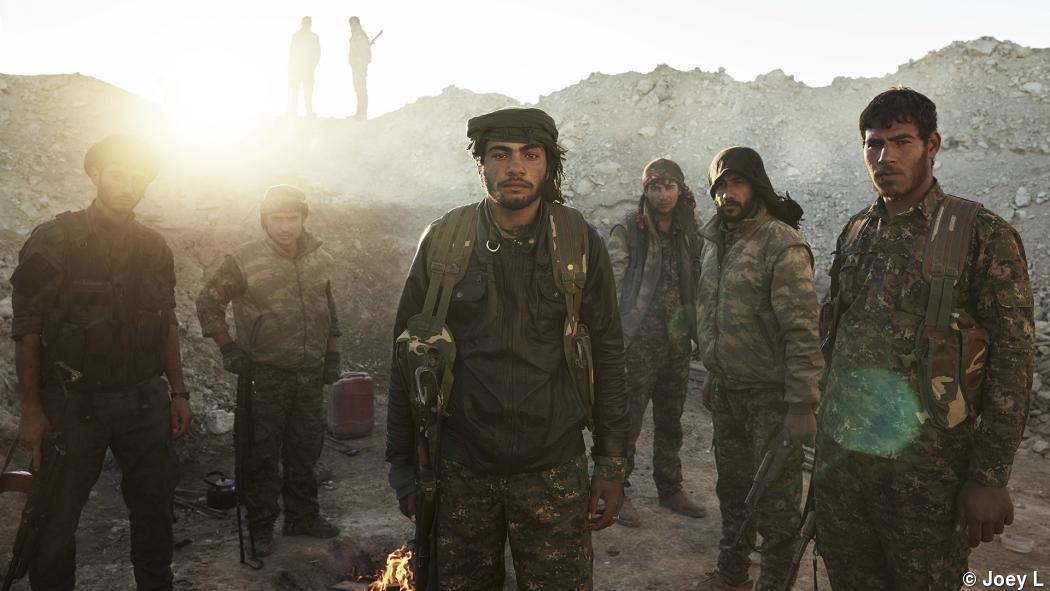 It was Dec. 1, 2015, and Joseph Anthony Lawrence needed to call his mom. It was her birthday. And she didn’t know—because he hadn’t had the heart to tell her—that he was in Syria again making more portraits of guerilla fighters. Given the war-torn climate and recent journalist kidnappings, she was understandably unnerved by his first trip to Syria and Iraq in March 2015, so he’d carefully told her, “I want to go back, but when I do, I’m not going to tell you guys. I’ll just let you know when I return.”

To keep up the pretense that he was safely in the States, he says, “I asked a guy, Can you take me to the border to call my mom for her birthday?

“So I checked my email and I called my mom on a hill near the border of Turkey using Turkish cell coverage.” Then he dipped back out of cell range into the Syrian countryside and the guerilla fighters he’d come to capture with his medium-format Phase One. Portrait of a fighter

“Guerilla Fighters of Kurdistan” is a unique project for the Brooklyn-based portrait photographer known professionally as Joey L. His portfolio includes images of celebrities including Robert De Niro, Jennifer Lawrence, and John Legend, and ad work for TV shows such as the History Channel’s “American Pickers” and FX’s “It’s Always Sunny in Philadelphia,” as well as for the U.S. Army and Lavazza coffee. But portrait photography is exactly what he felt the Syrian war coverage has lacked.

“The Syrian Civil War is one of the first wars that you can follow on social media,” Lawrence says. “Early in the war you could follow the Twitter accounts of individual fighters. You could follow a Kurdish fighter and a jihadist and paint your own picture of what’s not shown in the media.” Lawrence devoured articles and books on the conflict and followed the work of many photojournalists with boots on the ground, he says. But he kept hoping a portrait photographer would tackle the subject. “I didn’t think I would be the one to do it,” he says. “But a way opened up, and suddenly I just went.”

The “way” came via a journalist friend who referred Lawrence to a guide he’d used in Syria for an in-depth story on the fighting. The “fixer”—what journalists call the guides or translators who lead them into war-torn regions—is a linguist and Kurdish affairs official with trusted connections to the grassroots guerilla fighting groups, the Kurdistan Workers’ Party, People’s Protection Units, and Women’s Protection Units. Since making portraits requires patience, time, and a rapport with subjects, Lawrence didn’t want a press tour of the conflict; he wanted to embed with the fighters and get to know them. And he wanted time with the women fighters in particular. The fixer had the connections to make that experience happen. Embedding with fighters in an attempt to make intimate portraits is a humbling, challenging, and, yes, sometimes frightening experience. For example, during his December 2015 visit to Syria, Lawrence had arranged for a morning portrait session with the fighters. He’d set up all of his lighting and equipment and then learned they were scheduled to carry out a secret operation to liberate a village from ISIS. The fighters invited him to join. “I left my portrait setup behind and just took my camera and GoPro,” he says. Was he scared? “Definitely. Let’s be honest; I’m not a hard-core war photojournalist.” But the fighters positioned him far enough from the front line of fighting to ensure his safety. “These fighting groups, they have never had a journalist get kidnapped from them and they have never had a journalist get killed,” he says. “They are an American coalition partner so if a foreigner who is not a fighter got killed, it would be bad press for them.”

Still, this is war—and a brutal one. At the end of the battle, as hundreds of villagers emerged with white flags, an ISIS suicide car exploded, badly injuring two fighters.

And that’s why Lawrence remains as unassuming as possible during his time with the fighters. “You have to read the nuances of human emotion,” he says. “The people on the front lines are 800 meters from ISIS. They are busy sometimes. They are free sometimes. So I float in between those things and always remain humble. Always know you are not supposed to be here. Any time they give you, no matter how long you have to wait, it is a privilege.” What sets Lawrence’s work apart is that it’s environmental with cinematic lighting and rides a fine line between photojournalism and portraiture. Since additive lighting defines his work, he can’t travel with only a backpack like a war photojournalist relying on natural light. He travels with three cases of equipment, an absurd amount of baggage for a person who’s trekking on foot and moving from one vehicle to another in a warzone interspersed with security checkpoints. Still, it’s worth it, he says. Without the lighting equipment, he can’t make the style of portraits he’s known for—intimate and unique with a distinct cinematic flair. And he can’t do what he came to do: humanize the conflict.

“When I started doing these personal projects, they were very light-heavy, and it wasn’t motivated from anything; it was more of a statement,” he says. “Now I’m using the flash less; this trip I used it like 15 percent of the time on very low power. And its purpose is just to add another level of refinement and cinematic technique. This subject matter—the war and refugees and fighting and destruction—is something that actually in our Western minds we get tired of seeing. If you present a problem in a new light, you’ll look at it in a different way. So the whole technical aspect of the lighting has a deeper purpose to humanize the conflict in a portrait style that most people don’t get to see in those areas.”

“Guerilla Fighters of Kurdistan” isn’t Lawrence’s first personal project, nor is it the first to take him abroad. He’s made portraits of tribal peoples in Indonesia and Ethiopia’s Omo Valley, and holy men in Varanasi, India. None of these projects are commissioned, which gives him the freedom to shoot whatever he likes, however he likes. For the most part he funds them with his own savings earned through commercial work, though he has taught some workshops to raise travel money. For his Syria work, which he’s funding himself (he plans to keep returning as the war progresses), the bulk of his expenses are for flight, transporting equipment, and the fixer, whom he pays well (“and it’s worth every penny,” he adds). Accommodations are spare—sleeping at a base on the ground with a borrowed pillow and blanket, for example. His goal for personal projects is to post the images to his blog and syndicate them to publications, but only if those outlets agree to share the work “with integrity,” he says. “If they ask me to change stuff, I will not work with them.” No magazine could ever pay him enough to cover the cost of his trips, he says, but “I don’t see it as a loss. These projects are why I became a photographer in the first place.”

Plus, he adds, his personal projects have positively enhanced and guided the direction of his career. “In the last two or three years, I’ve been blessed to have had great clients that hire me to do my personal work for their brand,” he says. “I don’t take on a project that is just an advertisement. I am happy to have done that in the beginning. But what I’m hired to do now is to collaborate with clients, understand their brand, and bring my artistic eye to their project.” For example, Italian coffee maker Lavazza commissioned him to create a calendar of artistic portraits featuring its coffee growers, and the U.S. Army hired him to create portraits of its soldiers in action for use in its recruitment campaign.

At the core of Lawrence’s work is a desire to connect the viewer intimately and emotionally with the human subject and to bring that intimate style to new and unexpected subject matter. In the media, “We see a lot of statistics, war numbers, the refugee crisis. But it’s very hard to humanize a conflict,” he says. “There is a notion that ‘the other’ is far away.” Lawrence’s portrait work brings viewer and subject face to face. And as a consequence, he hopes, a bit of the exoticism is lifted. 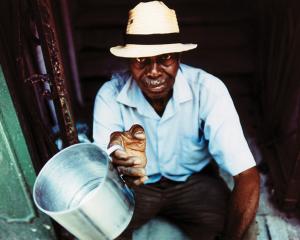 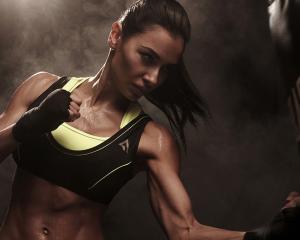 Profile
He may be a lighting geek, but that's not all he delivers 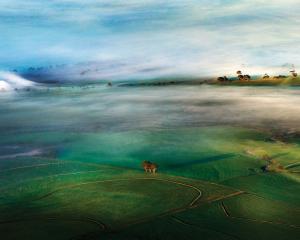 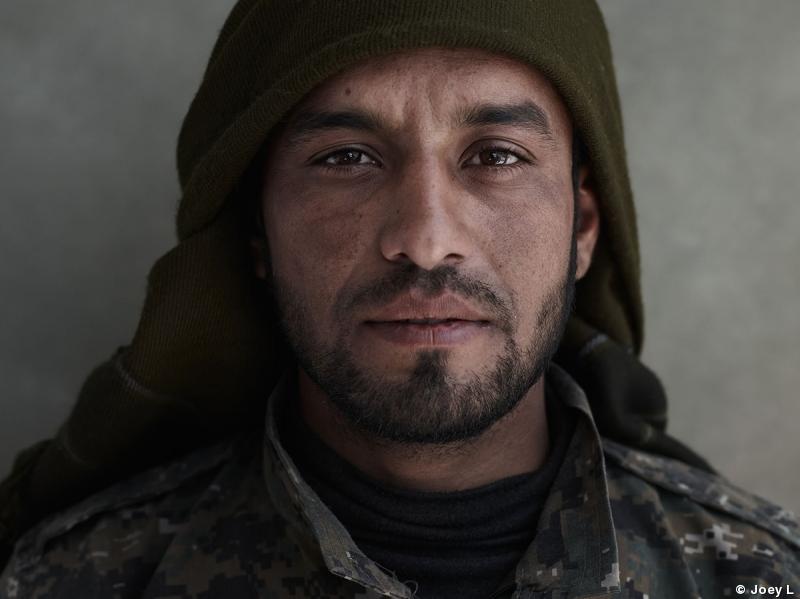 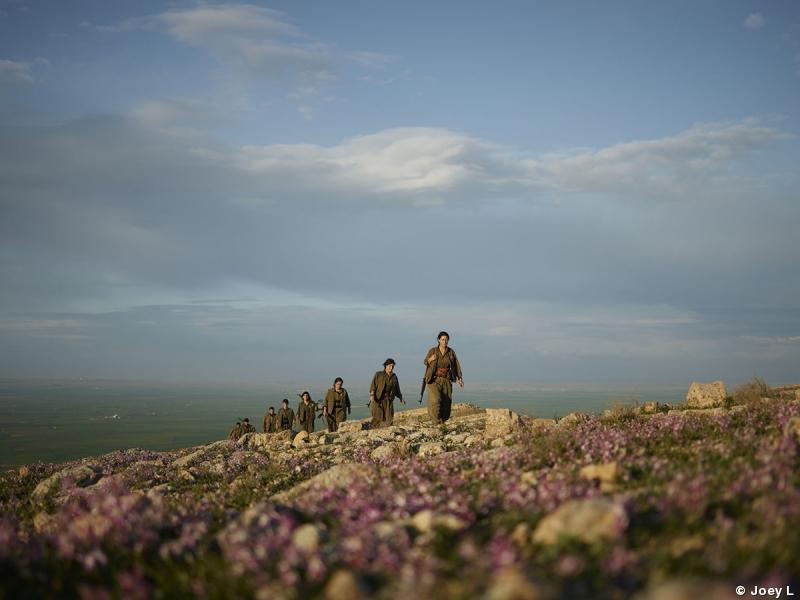 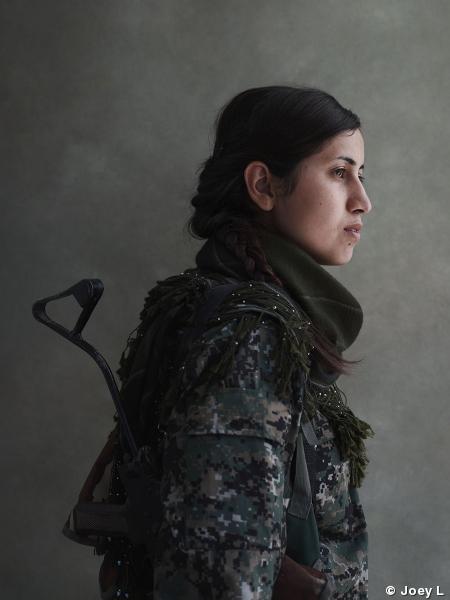 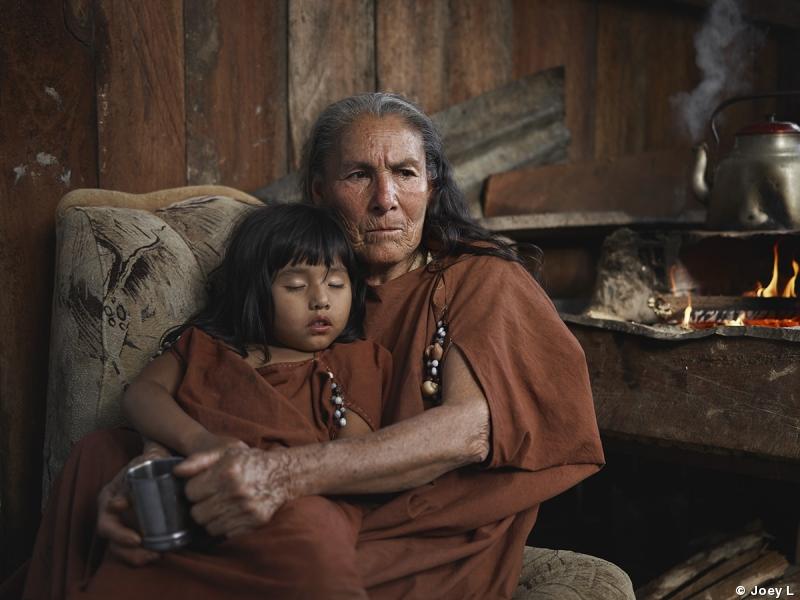 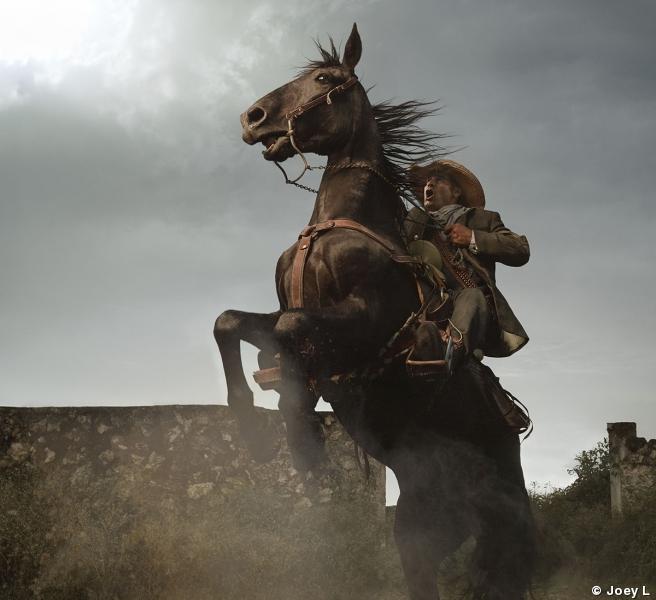 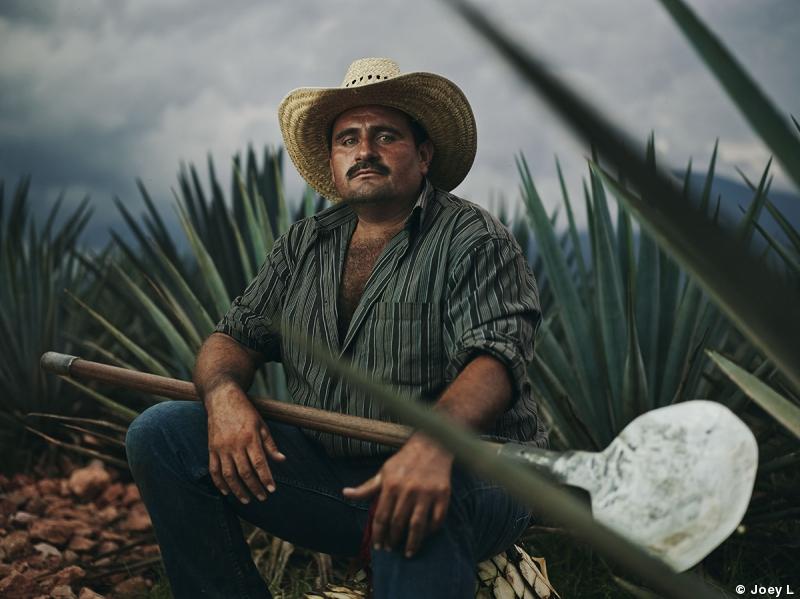 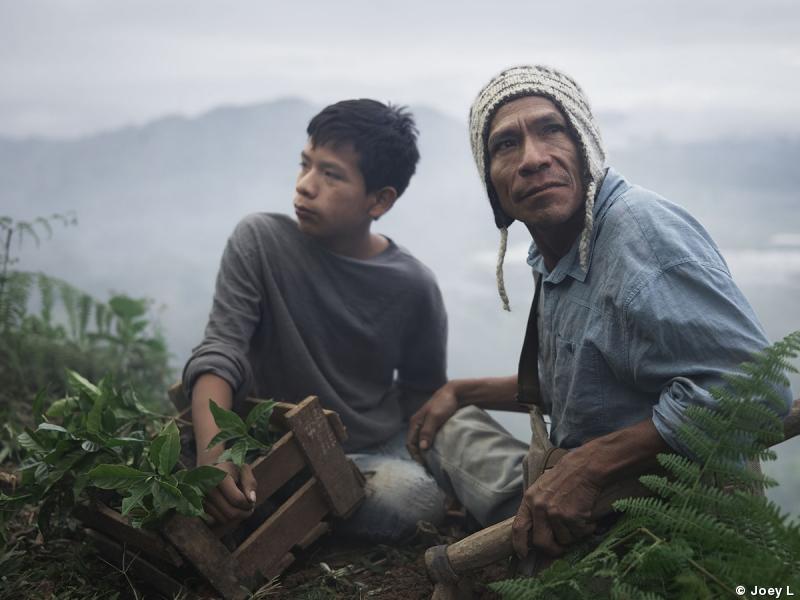 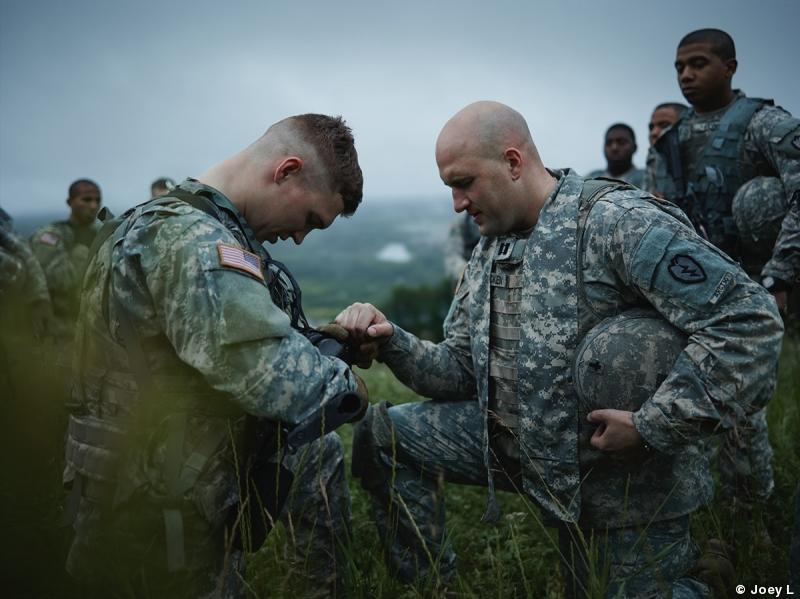 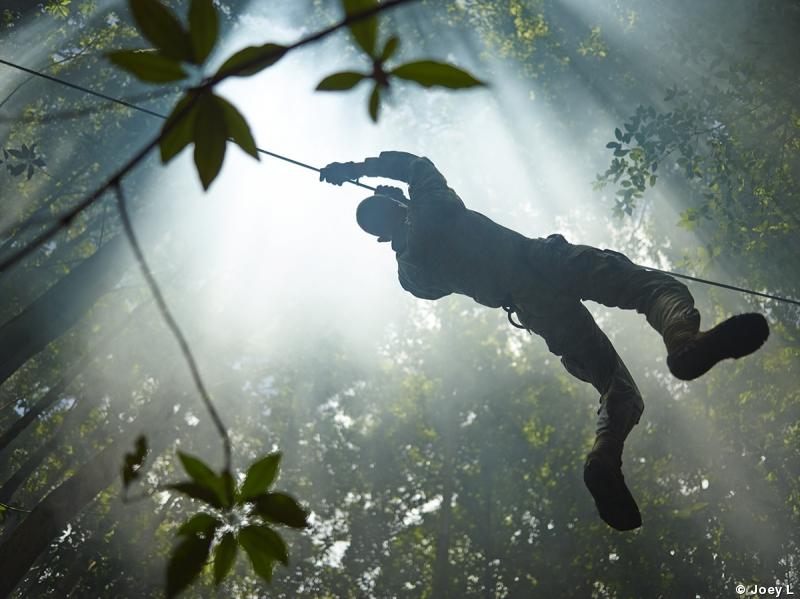 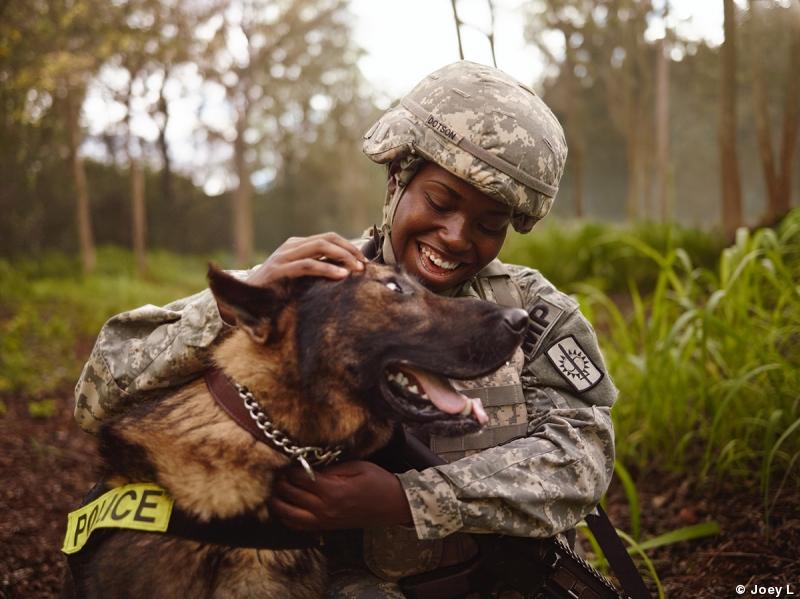