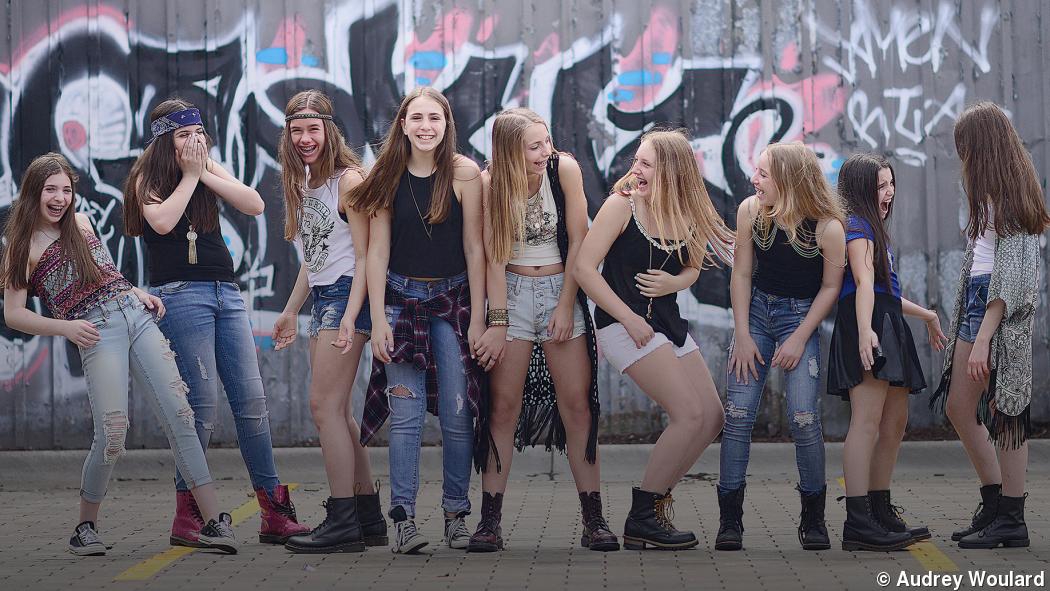 When Audrey Woulard started her business 15 years ago, she was a baby photographer. She did great work, built up a loyal clientele through word of mouth, and developed a reputation as one of Chicago’s best.

Then her subjects started growing up. Woulard decided to adapt her business accordingly. She became a child photographer, following the kids as they became toddlers, then elementary school kids.

The game continued to change, of course. All of those cute little kids were growing into young adolescents, aka tweens. It’s a market segment many photographers avoid because it’s not naturally tied to a major milestone, like newborn portraits or high school graduation. However, Woulard established a thriving market for her portrait photography by making a few adjustments to her approach. Tween portraits now make up about 98 percent of her business and have helped catapult her studio to a new level of success. “Tweens drive the process 100 percent in terms of where they get their portraits made,” says Woulard. “But parents make the buying decisions. So the marketing focuses on the kids, and the sales process focuses on the parents.” This approach represents a difficult shift for many photographers. For Woulard, who had always relied on earning parents’ personal referrals, the switch to kid-first marketing was an adjustment. However, it’s been an adjustment with a multiplying effect. “In this age group, one person talks about it, and a thousand of them come,” she says. “If you want to grow your business in tween photography, you have to appeal to the kids first.”

Woulard dove into social media, learning how tweens communicate, and discovering the cultural norms for engaging the age group. “There are so many unspoken rules that the kids won’t tell you,” she says. “You just have to figure them out by observing. Listen to how the kids talk, what is important to them. Look at what they post on social media. They will give you all the clues you need if you are paying attention.”

Woulard quickly learned that Facebook worked well for reaching parents but was nearly useless for tweens, who favor Instagram and, increasingly, Snapchat. On Instagram, Woulard shares the types of images that tweens prefer, which leads to rapid sharing of her work among subjects’ friends. Facebook works better for promotional messages aimed at parents as well as sharing the types of images parents want to see.

While parents aren’t the focus of the marketing, they remain the critical last step in the process. The kids may generate the motivation, but ultimately it’s the parents who pick up the phone and call. And that’s the goal. “If I can get a mom to call me, I know how to talk with her,” she says. “I let her know that I value her, that I understand what she is going through, what her child wants. It builds rapport and usually leads to a booking.” To break into the tween market, it’s important to treat a portrait as a product, finds Woulard. What is that product? At the most basic level, parents want portraits of their kids that they can display in their home, while tweens want images that will play well on social media. But it goes a little deeper than that. “Really, tweens care most about the experience,” says Woulard. “That experience includes getting their photo taken at the studio as well as the social media recognition that comes with the images.”

Tweens favor full-body images where they are standing somewhere cool, says Woulard. They also love photos that make them look a little more grown up. However, you can’t get too dramatic. Kids rarely post non-smiling, dramatic close-ups on their own social media accounts because it’s considered vain. “They don’t want someone thinking they are narcissistic,” says Woulard. “But I can post these types of images, and they are popular when they come from me. That’s all fine. It’s one of those unwritten rules.”

Parents want images of their children smiling and looking happy as well as close- ups that show their face. So it’s important to capture a variety of styles that can serve multiple purposes. “The key is knowing how to satisfy the kid and still get the sale from the parent,” says Woulard. The phone rings and rings

Because she knows kids want to post something on social media, Woulard created Test Shots. “I tell them I am making test shots to get my settings right,” says Woulard. “They always make goofy tween faces while I’m doing this because there’s no pressure. If I can capture a few of those looks, the kids will post them. Parents will never buy those, so I never put them on Facebook. But the kids will put them on Instagram all day long. If I post a picture of a kid sticking out her tongue, I’ll get five phone calls.”

Many photographers have a hard time figuring out the success of the Test Shots program, maybe because they shy away from the idea of posting anything that isn’t well produced and perfectly professional. “I am more focused on getting clients in the door,” says Woulard. “I know that if I post a less-than-perfect photo with a tween and the kids love it, then the parents will go to my website and do some research. They’ll see other photos I’ve taken that are professional quality, and then the phone rings.” One of Woulard’s most successful programs is called BFF Shots. For these sessions, she allows her tween client to bring several friends, and Woulard creates portraits of the group as well as the individuals, but everything focuses on the main client. “These sessions are all the rage,” says Woulard. “The kids absolutely love them, but they’re really valuable as a marketing opportunity. If I go on Facebook and post pictures of all the girls in a BFF shot, then the other girls’ parents see those photos and think, ‘Oh, my daughter looks great, I will call Audrey.’ It’s huge for marketing.”

For that reason, Woulard doesn’t charge extra for the multi-subject BFF sessions. “You don’t charge extra because this is free advertising,” she says. “Do you want to pay $1,000 to run an ad or take an hour out of your day to bring in some of the kids’ friends and photograph them? Also, this is part of the experience for the client. When they have more fun, they are more likely to talk about it and share with their other friends.” Woulard feels that the tween market doesn’t get its due in the professional photography marketplace, and for that reason, it presents a tremendous opportunity. “If you are looking for a way to step out and separate yourself from the pack, this is a great way to do it,” she says.

In part, Woulard thinks that many photographers skip over this age because they perceive it to be a harder sell. That could be a mistake. “People who aren’t in this space don’t understand what it’s like to have a 13-year-old beg her mom for something until she gets it,” says Woulard with a laugh. “Beyond that, though, and beyond all the marketing opportunities for this age group, I think the tween market deserves more recognition. It should be an age that is treated as a milestone as opposed to something that people skip over. After all, this is the very last stage when these kids are still kids. That alone deserves to be celebrated.”

RELATED: For more of Audrey Woulard's tween and teen portraits, see our gallery. 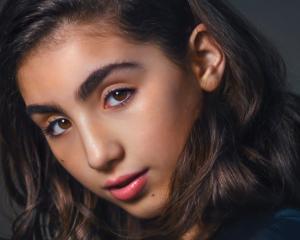 3 reasons tweens are great for your senior portrait business 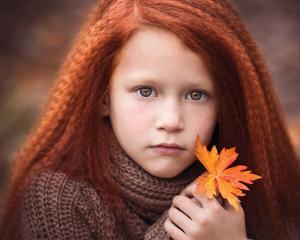 How Lisa Holloway cultivated a high-end client base

Profile
Tips for leveling up a photography business 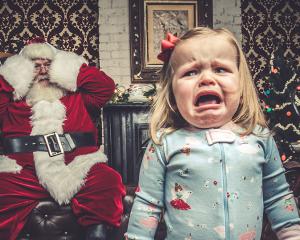