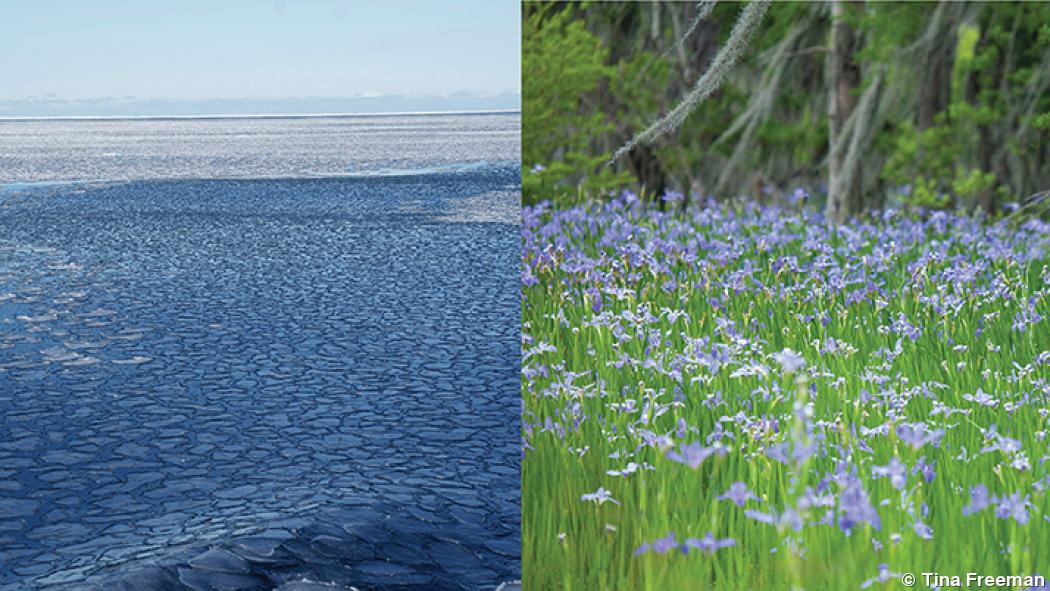 What do glaciers and wetlands have in common? Climate change, an issue addressed in Tina Freeman’s “Lamentations” series. The images are on exhibition at the New Orleans Museum of Art through March 15 and published in a book. Freeman pairs images of Arctic and Antarctic glaciers with images of the wetlands of Louisiana, two disparate landscapes connected by one overarching problem.

Arctic image making: “Antarctica is extraordinary,” she says. “It’s like going to another planet.” Her favorite trip was a photographer-organized excursion in late November through early December, the beginning of summer and the perfect time to photograph the ice, she says. “If anybody is worried about the cold, it’s not that cold. It hovers around freezing.”

Wetlands image making: “We went out on a boat, and it was a misty morning with very light rain, and it was extraordinarily beautiful. That is when it hit me to photograph this,” she says of her first excursion to Avoca Island, Louisiana.

The pairings: Once the idea struck to pair glaciers and wetlands, Freeman had the photos printed, posted them to a magnetic wall in her studio, and began selecting images featuring a common element—shape, color, or line—that connected them to each other. 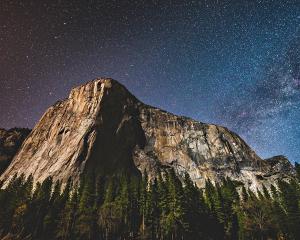 Gallery
Who wouldn't love an extended cross-country road trip to get back to nature? 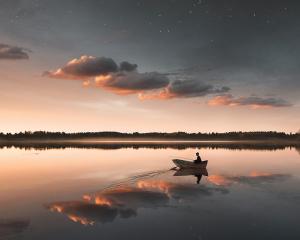