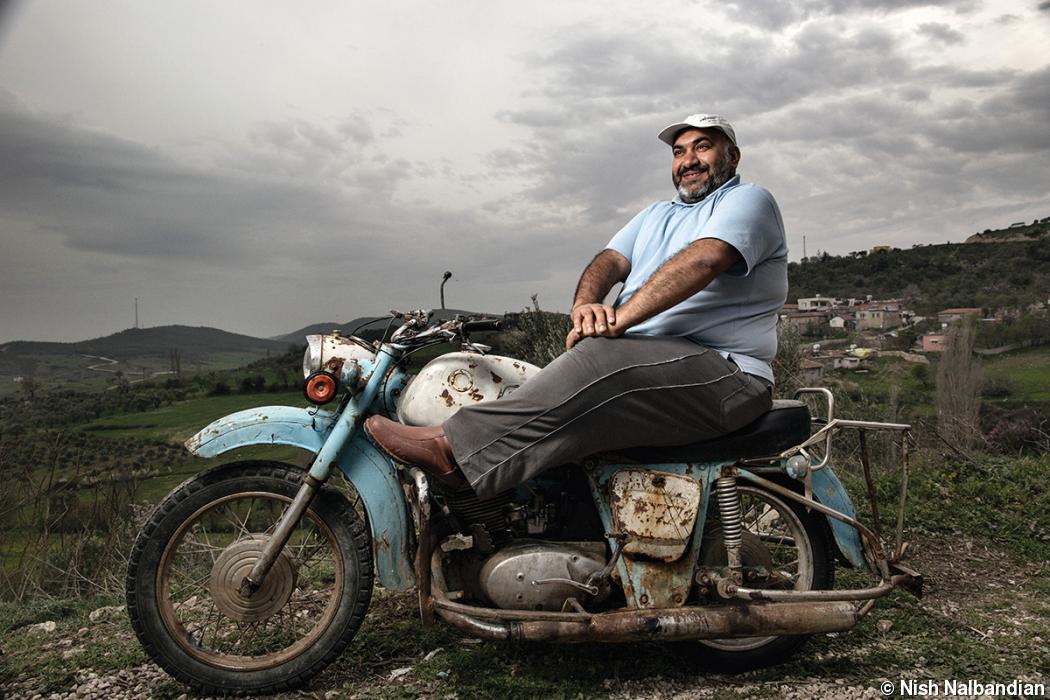 Documentary photographer Nish Nalbandian spent three years photographing the war in northern Syria. His new book “A Handful of Dust: Syrian Refugees in Turkey” is a collection of the photographs he made of Syrian refugees living in the cities and rural towns of southern Turkey. Here’s what Professional Photographer learned about the portrait of Abu Hamid, above:

Where were you when you made this photograph?

Nalbandian: I was in southern Turkey in early 2014 waiting to go into Syria after not having been inside for almost a year due to the rise of ISIS and the kidnappings of several colleagues. While based in Gaziantep I started photographing Syrians living in the border areas. A Syrian friend of mine took me to this village, Gorentas, just near the border, to meet people living there. This is a pretty remote mountain village, part of a cluster of seven villages that had taken in a lot of Syrians.

Like in all interactions with Syrians, they invited me in to talk, drink tea, and share a meal. This guy was sitting with us, joking around with his friends. They obviously respected him, but they were kidding him in a friendly way about trying to grow back some of his balding hairline. His name is Abu Hamid. He was 43 when this picture was taken in 2014, and he was living in the village with the help of local assistance organizations.

How did you make his portrait?

Nalbandian: At first he didn’t want his picture taken. Like many Syrians he was concerned about the possible ramifications that could come if he still had family in Syria, and he even had concerns that the Syrian government had agents in Turkey who could do him harm. He was happy to tell me his story, but he didn’t want his face shown. So we first did a portrait of him holding his phone with an old picture of him in front of his face, which I didn’t really understand. In any case, after we chatted a while he opened up and didn’t mind being seen. He ended up really hamming it up—a real jovial guy. As I took a few photos in a few places, I noticed this bike sitting there. I love motorbikes so this one caught my eye, and I commented on it. As if on cue, he jumped on it and struck this pose, joking that he should be riding a Harley-Davidson. Really just a moment of fun. And I found this a lot with Syrians over the years—a lot of resilience and the ability to cope with really challenging situations, loss, and trauma. His persona was just a happy one, despite his story. And his story is pretty amazing.

What was his story?

Nalbandian: Before the war he had been a judge in Deir ez-Zor, working for the Syrian government. Judges were usually religious authorities as well, and he happened to be a religious teacher also. In his previous work he had been sent to places like Pakistan on anti-extremism campaigns. He’d spent a significant part of the last 15 years, he said, teaching young extremists that violence was not in accord with the precepts of Islam.

Once the war started, though, Jabhat al-Nusra moved into the area (they are the first incarnation of al-Qaeda’s affiliate in Syria). The emir [local leader] in the Deir ez-Zor area tapped Abu Hamid to be a Shariah judge for al-Nusra as they set up their own system of governance in the areas they controlled. They often co-opted existing local government structures like civic councils and religious organizations.

While working as a judge for al-Nusra he was mostly called on to legitimize shady oil deals that enriched al-Nusra. He did the work because he didn’t really have a choice, and no one really knew what was ahead at the time. As things got worse he considered leaving, but often in situations like these there is an implicit threat that keeps people there.

Finally, one day he was called out of his office by the emir, and to his horror found eight people lined up, bound, and on their knees outside, and was ordered to rubber stamp the execution order for them. He demanded to know what their crimes were and how they were found guilty. He was told in explicit terms this time to stop questioning orders and sign the papers or he would find himself and his own family in this same situation.

That day he packed his family in the car and fled Deir ez-Zor, following a trail of other refugees to Turkey. At the time I took this picture he had been in Turkey for six months. Already many people, like him, were fed up with the war and just wanted it over. He felt there was nothing that regular people like him could do to affect things in any positive way, and it was better just to leave and start anew.

What were you hoping to convey when you made his portrait?

Nalbandian: When I took the picture I was trying to convey a sense of this guy’s character. I was trying not to show many “poor refugee” pictures. I try to make each of my subjects more clearly individual, with a sense of dignity. This guy did my job for me.

What equipment did you use?

Nalbandian: I shot this image with a Canon 5D Mark III and a 24mm f/1.4L prime lens. It was lit with a remote flash off camera through a shoot-through umbrella diffusor. I always carried a light kit with me. It was shot at f/10 to keep some sense of the environmental context, and synced at 1/200 second, ISO 400, since it was pretty dark and it’s a small flash. 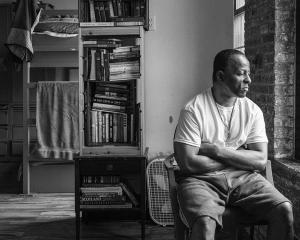 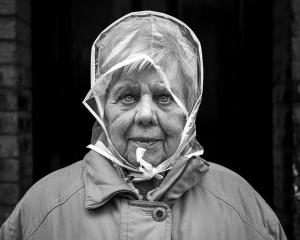 Can you make a street portrait in 30 seconds flat?