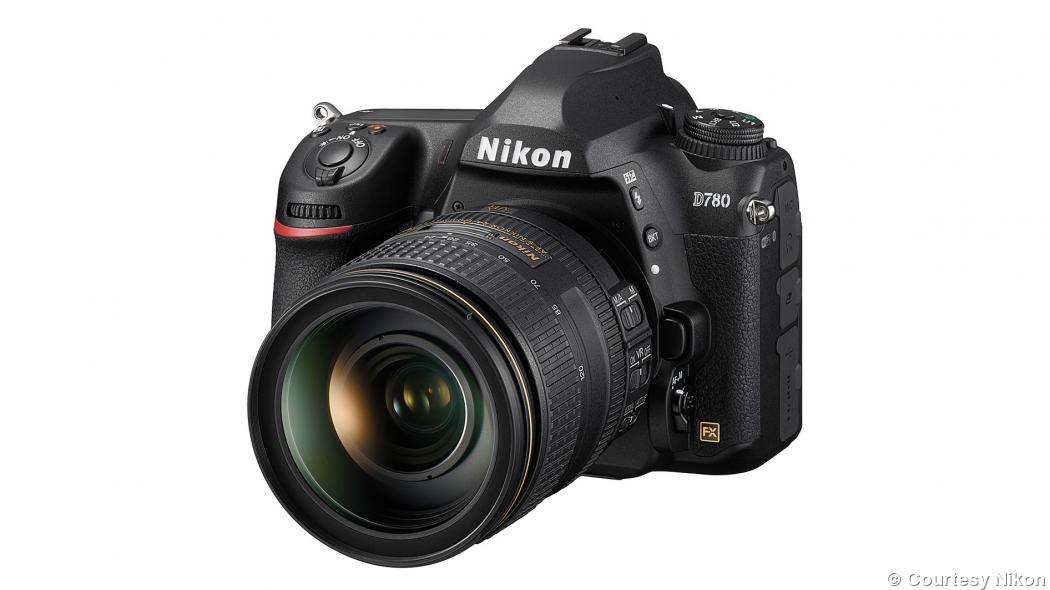 Seemingly a hybrid of Nikon’s D750 DSLR and Z 6 mirrorless models, the camera-maker’s new D780 sounds promising, but does it live up to my hope of being the best all-around Nikon of the modern era?

Since its introduction in 2014, the D750 has been Nikon’s most popular DSLR for advanced amateurs and many professionals, myself included. Yet after six years and the introduction of the Z 6 mirrorless, the D750’s shortcomings, though few, are apparent. This is particularly true with respect to the increasing popularity of high-resolution video. The D750’s operating speed and ease of use have been superseded by other Nikon models and those of competitors.

With the introduction of the D780, Nikon has addressed these shortcomings while creating others in the process. This is most visible by comparing the new camera with the D750 and the Z 6. © Stan Sholik
Dynamic area autofocus in live view made it possible to capture a high percentage of in-focus images as bees moved erratically over flowers.

Moving to the D780 from another Nikon camera should be a comfortable ergonomic experience, but it’s less so for longtime users of the D750. These photographers will find some controls relocated and others missing. However, the new layout is easily manageable. My greatest adjustment was the relocation of the AE-L/AF-L button to a position above the multi-selector dial, approximately where the D750’s info button is. Where the AE-L/AF-L button used to be is now a new AF-On button that defaults to autofocus mode. (As usual, most buttons can be programmed for other functions.)

Beside the new AF-On button is the relocated live view selector. The D750’s position for this button is now occupied by an info button. The information available and the touch screen are similar to that of the Z-series cameras. The info display is far better organized than that of the D750, and it too is now highly programmable.

The top panel in the D780 includes an ISO selector button, another welcome addition from the Zs. But there are two functions missing from the D780 that will affect some photographers. The first is the lack of a built-in pop-up flash. While this may not be an issue for professionals, enthusiasts may balk at having to invest in and learn to operate an on-camera flash.

Of impact to professionals is the inability to attach a vertical battery grip to the base of the D780. Granted, it’s more the portrait orientation grip we’ll miss than the extra battery power. With the seemingly enormous shooting capacity of the D780 EN-EL-15b battery (Nikon claims 2,260 captures per charge, almost twice that of the D750), I’m wondering if I will even run through a single battery charge before I return the review kit to Nikon.

The greatest and most important changes to the D780 are inside. Although the 24.5-megapixel resolution is virtually identical to that of the D750, the sensor is not. It’s similar to the sensor found in the Z 6, incorporating all of the latest technology, including an ISO range extended to ISO 51,200, and expandable to 204,800. As with the Z 6, I found image quality more than acceptable up to ISO 12,800 when processed in Nikon ND-X software. Beyond that, it fell to a level that I wouldn’t deliver to a client. Even at low ISO speeds, the D780’s image sharpness is noticeably improved from the D750’s.

Along with the new sensor is Nikon’s most advanced Expeed 6 image processor, which is found in the Z 6 and Z 7. The speed increase eliminates my greatest complaint about the D750—the delay between raw file capture and seeing the LCD preview. While it’s not as instantaneous as with the Z 6, it’s greatly improved over the D750. For video shooters, the new sensor and processor deliver the best capabilities of any Nikon DSLR, rivaling those of the Z 6. Full-frame 4K UHD video is possible at 30fps with full-pixel readout. A variety of other frame rates and resolutions is also available, including full HD at 120p for ultra-smooth video and slow motion capture.

While sports photographers may not make the D780 their primary camera, shooting speed is increased from the 6.5fps of the D750 to 7fps. This is extended to 12fps capturing 12-bit raw files using the silent electronic shutter in live view. The ability to shoot silently drew me to the Z 6 for the classical music concerts I photograph. It’s exciting to see this in the D780 with its tremendous battery life and the ability to mount Nikkor lenses without an FTZ adapter. Silent mode is also perfect for weddings, quiet events, and street photography, although the D780 with a 24-70mm is hardly as unobtrusive as the Z 6 with its 24-70mm S lens.

Speaking of silent mode and live view, portrait and fashion photographers should welcome the 273 focus points covering 90% of the LCD and providing face and human eye detection. This includes the on-sensor phase detection focusing lifted from the Z series cameras. The D780 live view AF system can focus down to -4EV (a full step lower than the viewfinder AF system) or -6EV in the slower low light AF mode. The rear LCD itself is a major advance, with touch sensitivity and twice the resolution of the D750. But like most Nikons, articulation is limited to up and down. The touchscreen lets you select options from menus, zoom captures, and swipe between them in playback. In live view mode you can tap the screen to select a focus point and capture an image as you can with the Z cameras.

The D780 provides two memory card slots. These support SD, SDHC, and SDHX cards and both USH-I and UHS-II types. I purchased a Lexar 2000X UHS-II to test against my Lexar 400X UHS-I from the D750, and the speed gain is noticeable. The faster cards are recommended to make full use of the enhanced video capabilities of the D780. The Lexar UHS-II included a card reader that is nearly twice as fast in moving images to my computer hard drive than my existing card reader.

There are other updates and goodies found in the D780. Time-lapse capture is improved by allowing you to store raw files in a separate folder for later processing while generating a preview movie in-camera. Focus stacking is available, allowing the D780 to stack up to 300 captures for later processing. Shutter speeds now extend from 1/8,000 second to as long as 900 seconds (when the appropriate custom setting is activated). Special effects are available, and you can preview them in live view. In six of the 10, the D780 captures a raw file along with the special effect. Both Bluetooth and Wi-Fi are available through Nikon’s SnapBridge and third-party applications so you can wirelessly control or transfer images to smart devices and computers.

I’m sure there are other features in the D780 that I have yet to discover. The manual included with the camera is for basic operating information. The full D780 reference manual is a free download from nikonusa.com and is essential to get the most from the camera.

Is the D780 right for you? For me, the hybrid qualities of the D780 may relegate my Z 6 to backup camera for much of my work; although for general shooting the Z 6 with its growing array of lenses is great. I found the D780 with 24-120mm lens to be the same size and weight as the Z 6, FTZ adapter, and the identical lens. Other features on the cameras will determine which is primary and which is backup when 24-megapixel captures are sufficient.

The D780 represents a major step forward in Nikon’s DSLR line, and its hybrid nature is likely to appeal to both professionals and enthusiasts, as will its price of $2,297 for the body. 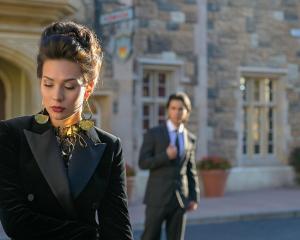