Pumping up the volume 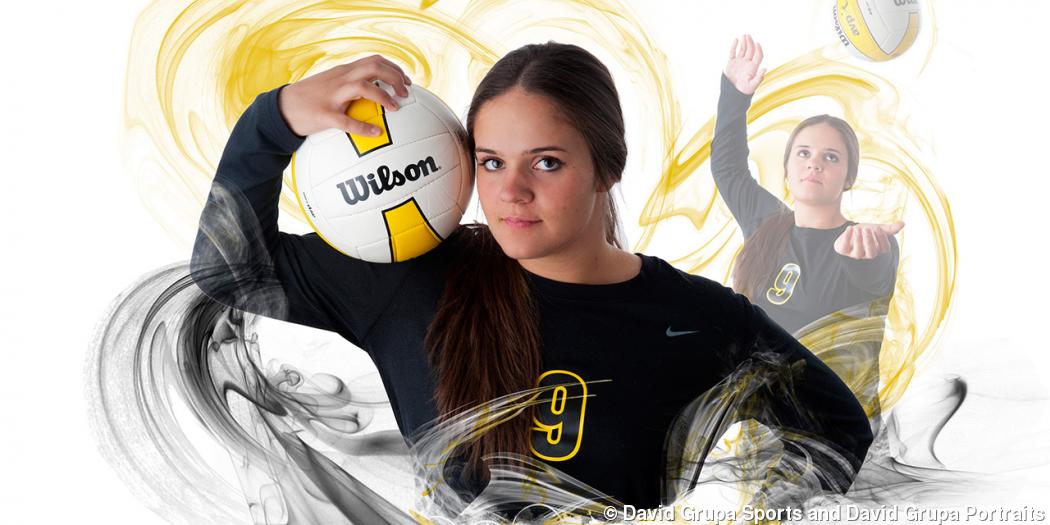 David Grupa, M.Photog.Cr., began his photography career back in high school. He had a little business photographing T-ball teams for the local rec league. He made some simple black-and-white prints, handed out 5x7s to the teams, and got about $50 in return. “I thought I was rich,” he laughs. Years later, he would join the ranks of the full-time professionals when he opened a portrait business in Maplewood, Minnesota, a suburb of St. Paul. Though he had a background and interest in team sports photography, his colleagues told him that a high-volume operation was not where he wanted to be. So he developed a low-volume, high-service business, with a focus on senior portraits. However, as time wore on and circumstances changed, that singular focus needed some revision. Maybe a line of work in volume-based sports photography was a viable part of the picture after all.

In 2012, David married fellow photographer Kirsten Holscher, Cr.Photog, CPP. Kirsten (now Grupa since marrying David) also specialized in senior portraits, and while both photographers ran successful businesses (which they ultimately merged in 2014), the thought of having all their financial eggs in the senior portrait basket was a little concerning.

To add to that apprehension, the studio’s bookings for senior portraits were on the decline. Sales averages were good—in fact, they had improved averages in recent years using advice from PPA—so the level of income wasn’t as much of an issue as the open spaces in their bookings. “With photography as the only source of income for the whole family, I get antsy when we’re not busy,” says Kirsten. “We had a little more downtime, and we wanted to fill up the schedule. We also wanted to diversify.” For a few years previously, David had worked with some sports teams at a local school. The gig started as a fill-in when the school’s contracted photographer failed to show up on picture day. David stepped in and helped out, then continued with the sports teams contract during the following years. Looking at the income it provided, David and Kirsten started to think about adding a high-volume sports division to the studio.

The Grupas managed to pick up a contract from another school as well as one from a nearby parks and rec department. With three clients on the roster, David and Kirsten decided it was time to get serious about team sports photography. “Volume sports represented a big chunk of money that we hadn’t tapped into,” says David. “And it’s year-round. In Minnesota, portrait work can be very seasonal. With sports work, there’s always something going on.”

But how could they make the new business line work? The marketing, the workflow, the structure were all relatively new to David and Kirsten, and they needed help.

The Grupas turned to the educational resources offered by PPA, starting with a seminar on volume-based sports photography. Next, they logged on to PPAedu, which they found to be a treasure trove of information, guidelines, ideas, and inspiration. “Specifically, we found a lot of great sports and team photography insights from people who have been doing this a long time,” says David.

They also found a lot of help on theLoop, PPA’s online forum where the Grupas gathered information about contracts, marketing materials, and other sports photography topics. The content is divided by communities and into different subjects. You can ask questions or participate in discussions on various issues. “That resource has been great,” says David. “You ask a question, and three or four people will post an answer. These are working professional photographers, our peers, so the information has been very useful.”

David and Kirsten also started using PPA’s Square One calculator. Square One allows you to determine your target sales average based on your financial goals. You work backward from your desired income level to determine the number of sessions or the average sale per session  you need to achieve to meet your goal. That resource was helpful to the Grupas as they determined their pricing and target sales average for each sports shoot. Then, of course, there was Imaging USA. A longtime volunteer on a number of committees within PPA, David had been going to Imaging USA for years but rarely had time to attend educational programs. At Imaging USA 2016, however, he finally went as a regular attendee and soaked up every bit of knowledge he could find. “I sat through pretty much every program on the sports track,” he recalls. “I went to the Coach’s Corner set up by Jeff Gump, [Cr.Photog.], where I talked to instructors and other photographers from different parts of the country. That was so incredibly valuable because I connected with all of these folks who are out there doing it. These were professional photographers working at all different levels, in different markets, trying different things. The real-world education I’ve received from those connections has been invaluable.”

The peer networking extended to other events at the convention, where David and Kirsten were able to form bonds with fellow photographers and set up ongoing collaborations. “Being able to turn to other people who have been doing this longer than us and learn what’s important and what isn’t, what works and what doesn’t—that has been so valuable,” says Kirsten.

David agrees. “Getting involved is so important,” he says. “Just being involved with PPA at a deeper level has exposed me to people I would have never met otherwise. I am smarter because of them, and our business has benefitted in the long run.”

The Grupas set up a sports photography marketing plan that, in many ways, mimics their marketing for senior portraits. It was a little unorthodox, but the education and feedback they received from peers helped them adapt their portrait-based marketing for the new business model. “We know what type of client we want,” says Kirsten. “So we market to both individuals and organizations. David does a lot of face-to-face marketing and networking. We identify the decision makers in charge of our target leagues or schools and then market to them individually, much like we would a potential portrait client.”

Based on suggestions from other PPA members and from insights gained during educational programs, David and Kirsten set up new systems for picture days, processing, and sales. During shoots, David typically photographs while Kirsten handles orders and prep work. For bigger jobs, they scale up to a second shooter and add additional hands to help keep the process moving smoothly. The approach and the new systems have worked. Revenue from sports photography accounted for about 15 percent of total sales in 2014. That number jumped to 40 percent in 2015 and appears to be holding steady at around that rate this year. Significantly, that increase in sports photography revenue hasn’t come at the expense of senior portrait revenue. Those sales have remained steady, so the studio’s overall revenue is up substantially as a result of the influx of sports work. The studio’s sales are also more diversified, and the schedule is full, which helps Kirsten sleep better at night. “Knowing that we have more money coming in and from different sources allows us to breathe easier and enjoy our time with our family,” says Kirsten. “That is a tremendous relief.”

“This has all been an exercise in adapting to changing circumstances,” adds David. “As we watched the numbers change in terms of the volume of our senior sessions, we knew we needed to adapt. We used PPA resources to bring up our average sale so we didn’t need to compete on a volume level in that part of our business. Then we fit in a completely different business line, the volume-based sports work, in the new openings in our schedule. We’ve been really successful throughout this transformation because we’ve had colleagues who are willing to tell us how they were successful. We didn’t do anything brilliant; we just followed their advice. It’s all worked out great so far!”

Business
How photographers are making it work 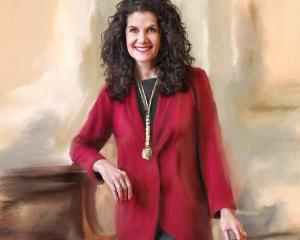 News
Get the most from Imaging USA 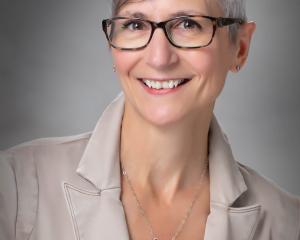 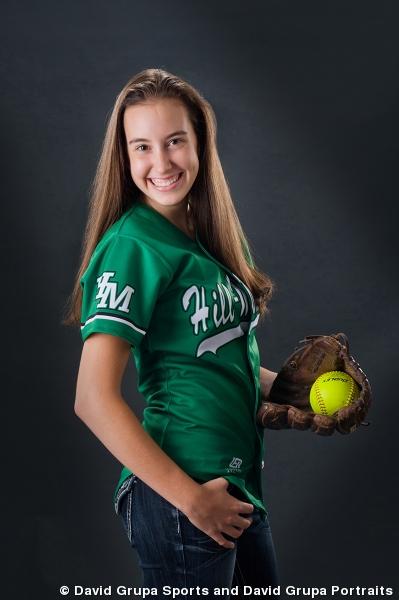 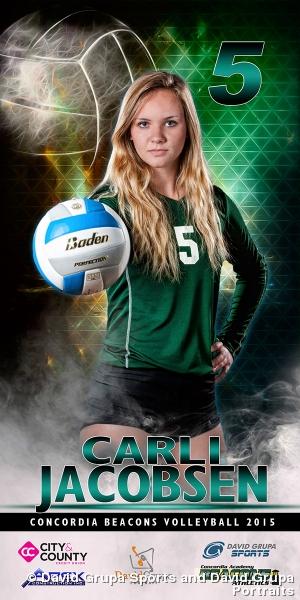 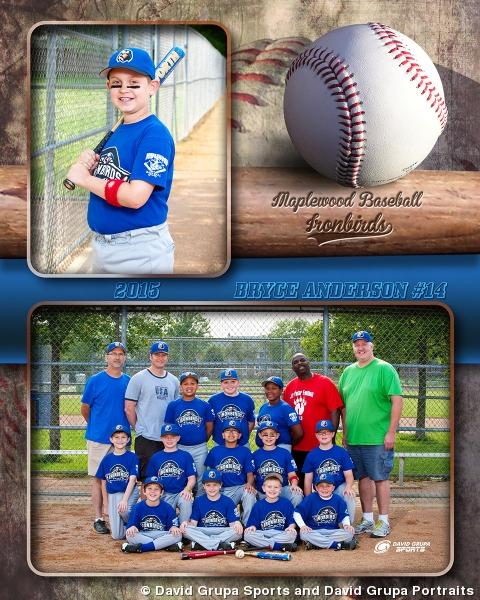 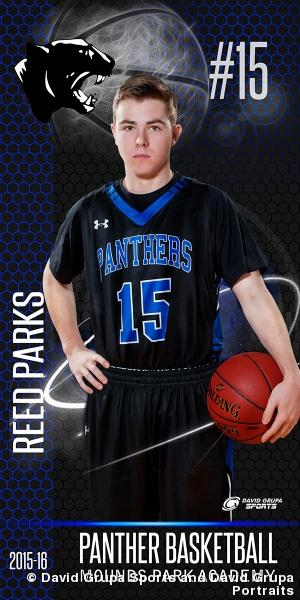 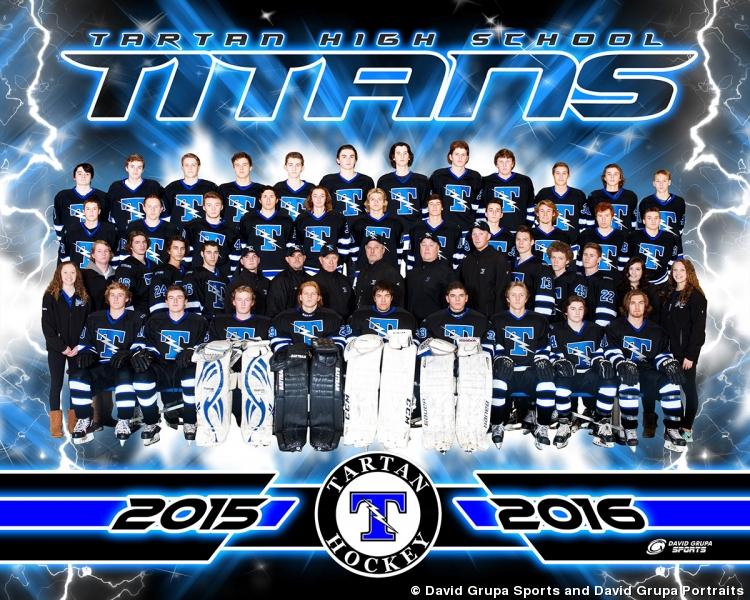