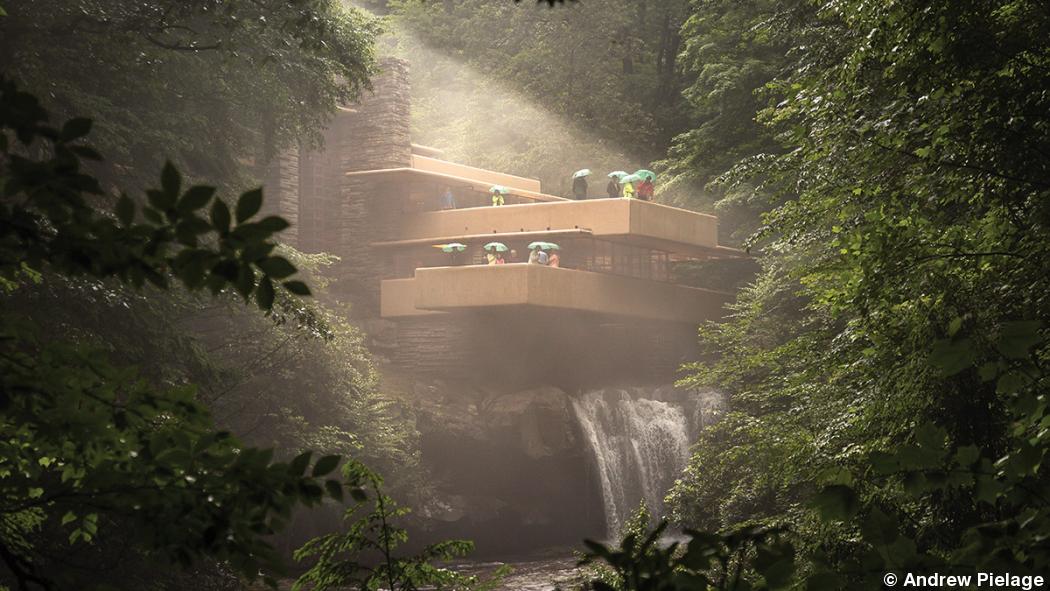 Andrew Pielage is crazy about Frank Lloyd Wright’s architecture. So crazy that he plans to photograph all 532 of Wright’s designs. The timeline? “Definitely going to happen before I die,” he says. So far he’s photographed more than 70 sites. Inspiration: Pielage’s first Wright experience was a tour of Taliesin West, the architect’s winter home, which appealed to Pielage’s longtime love of the outdoors. “It wasn’t actually the architecture that really drew me in when I first got there,” he says. “It was the usage of the architecture within the landscape.”

A friend of a physician of an architect: Photography wasn’t permitted on Taliesin tours. Pielage talked about it with a nurse friend, who mentioned that Wright’s former personal physician came to her doctor’s office. This serendipitous connection eventually led to Pielage getting permission to photograph at the house.

Fake it to make it: Impressed by Pielage’s photographs, Taliesin staff asked if he’d ever taught photography. “I said, of course I have,” though in truth he hadn’t, he laughs. He was hired to teach a summer camp photography workshop, which led to teaching adult workshops at other Wright sites, a month-long artist residency at Fallingwater, and permission to photograph more Wright sites. The whole landscape: Wright didn’t just design the walls, windows, and ceilings of his structures; he designed the trash cans, the electrical outlet covers, everything. “To do the design justice you really need to incorporate as many of those things as you can,” Pielage says. He works with a Canon 17mm tilt shift lens but found it wasn’t wide enough on its own. His workaround: Make vertical panoramas, shifting up and down to make multiple images that are later merged in Photoshop.

Respect the light: Wright designed structures with an eye toward the shifting sunlight, so using a strobe or LED panel is out of the question for Pielage. “I would create shadow where Wright wouldn’t want shadow to be.” Being an artist in residence at Fallingwater was ideal for Pielage because it enabled him take in the space at various times of day before picking up his camera. What he learned: “Wright was a master at collecting light.” 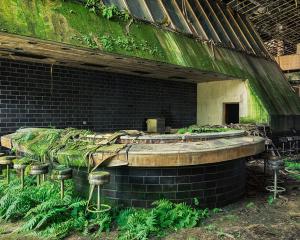 News
Discovering the past in the process 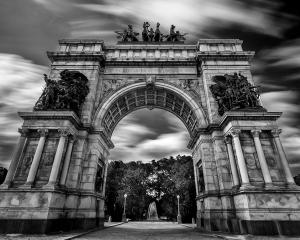 Symmetry in the city: A photo diary of New York edifices 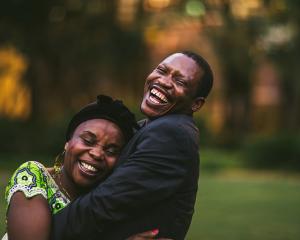 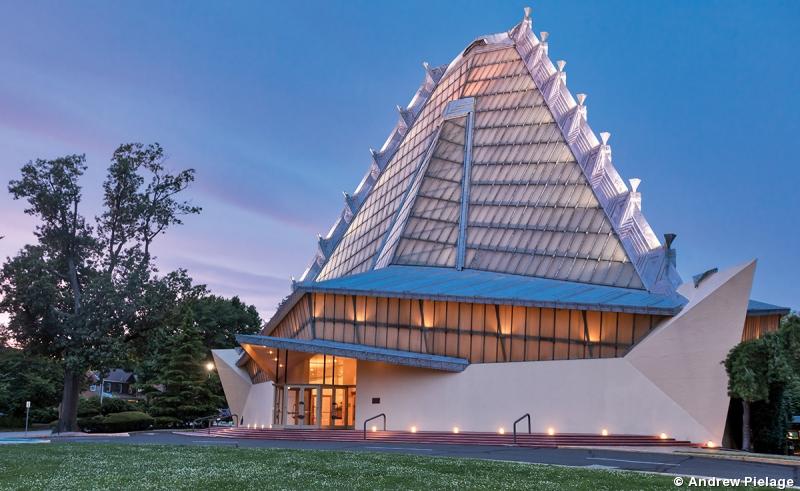 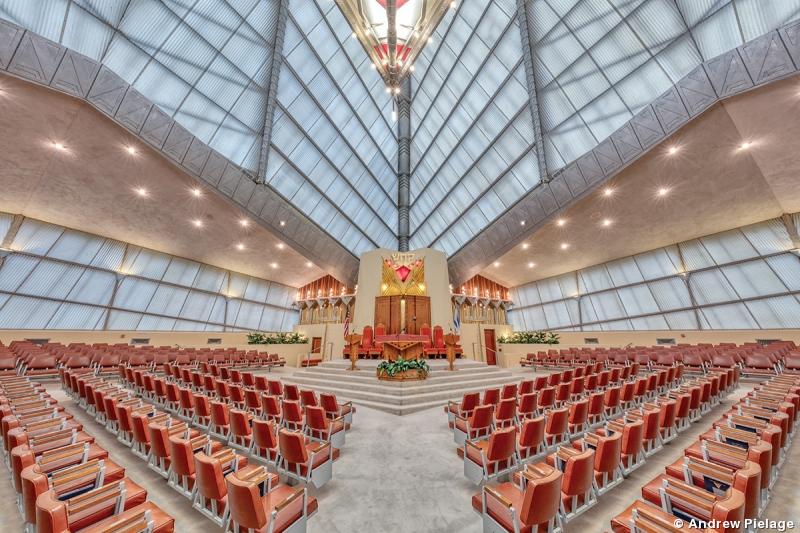 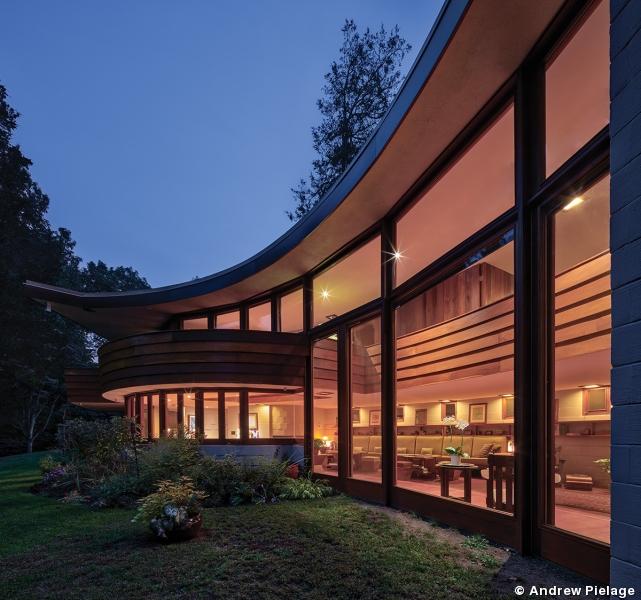 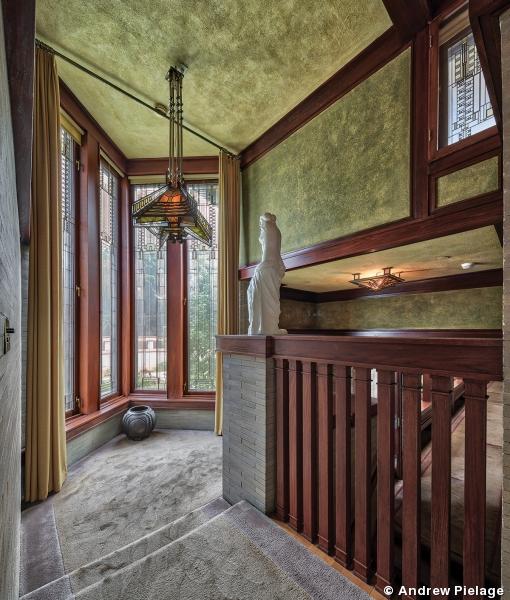 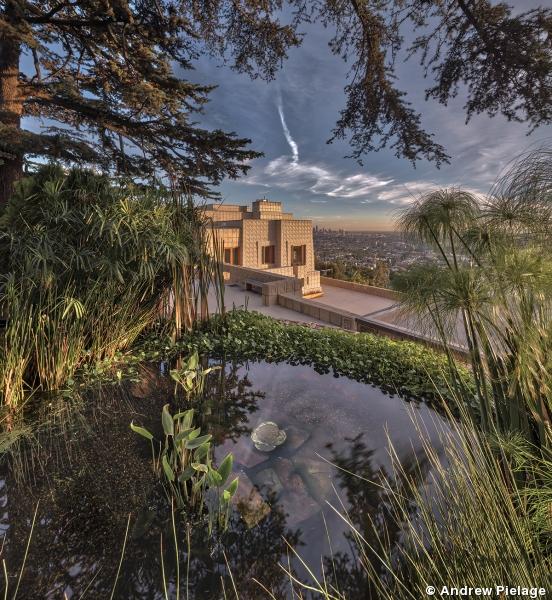 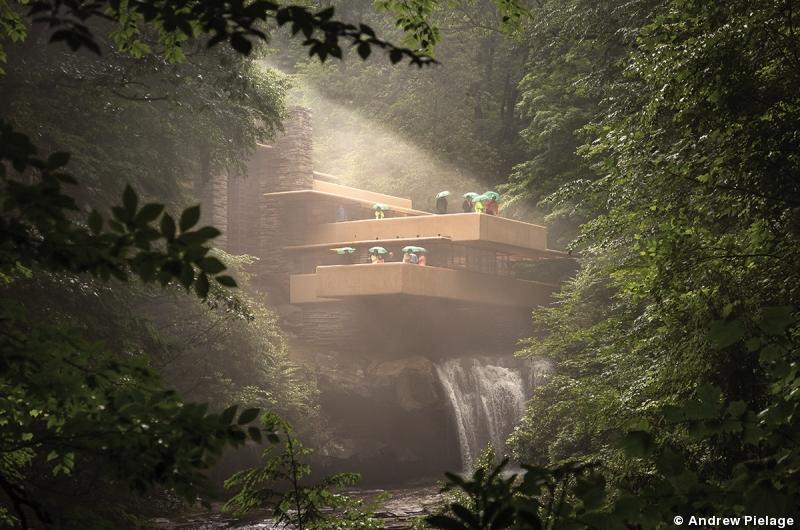 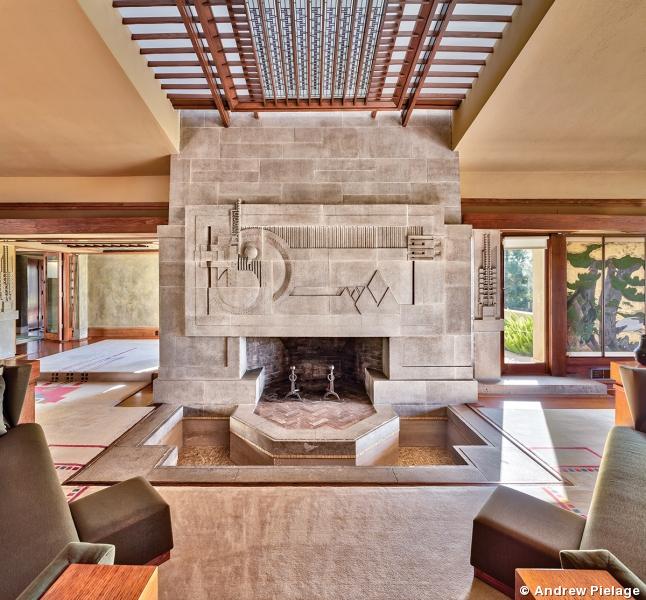 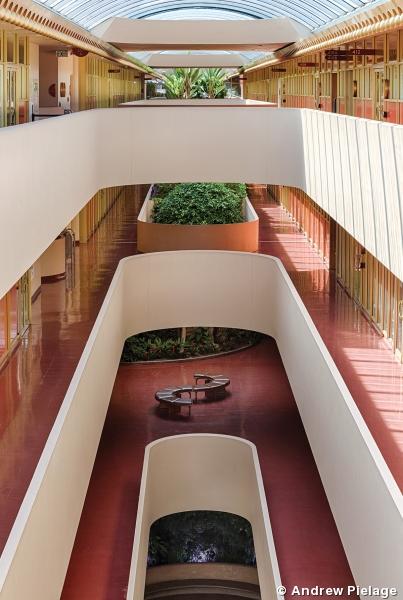 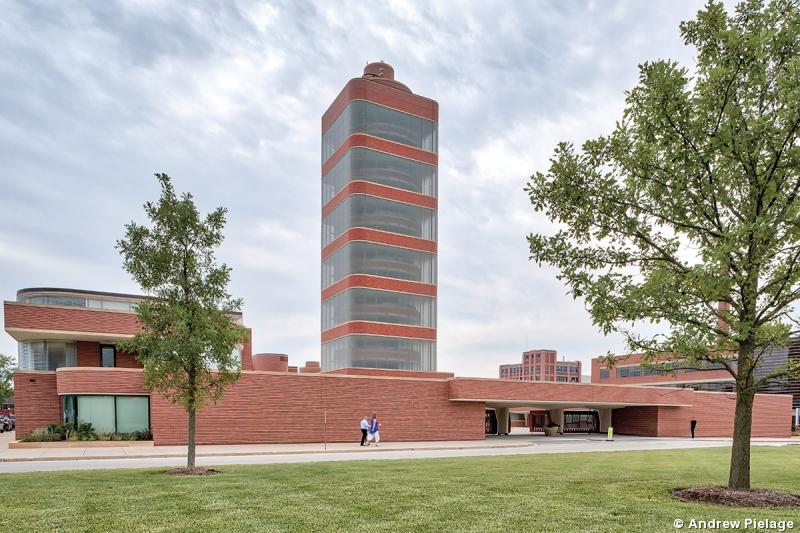 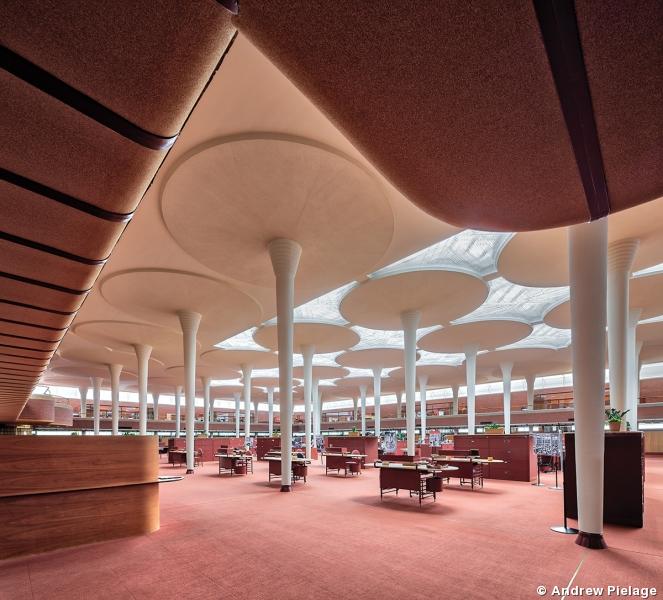 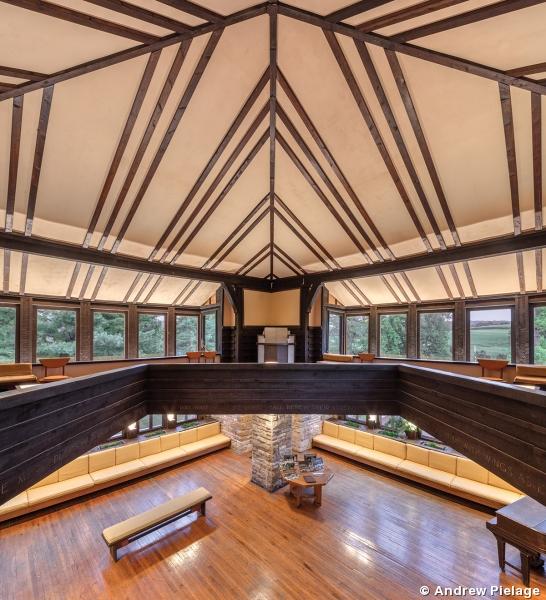 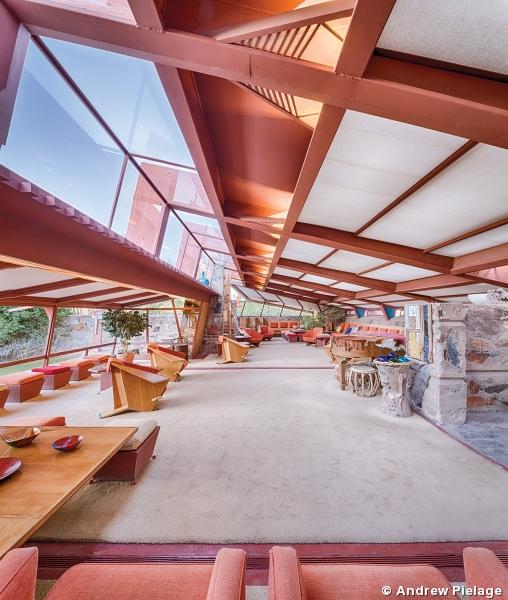 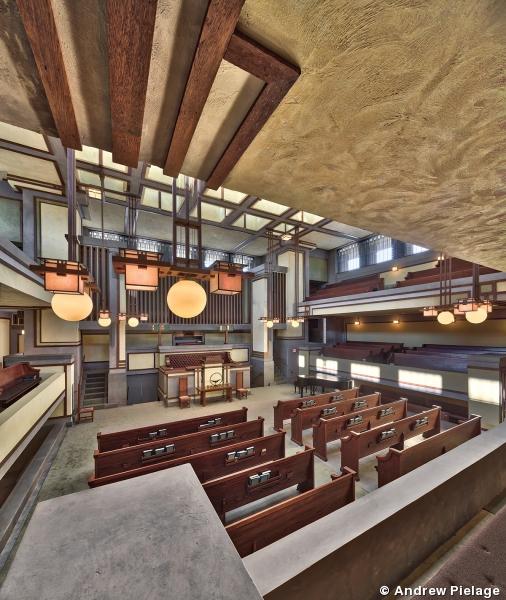 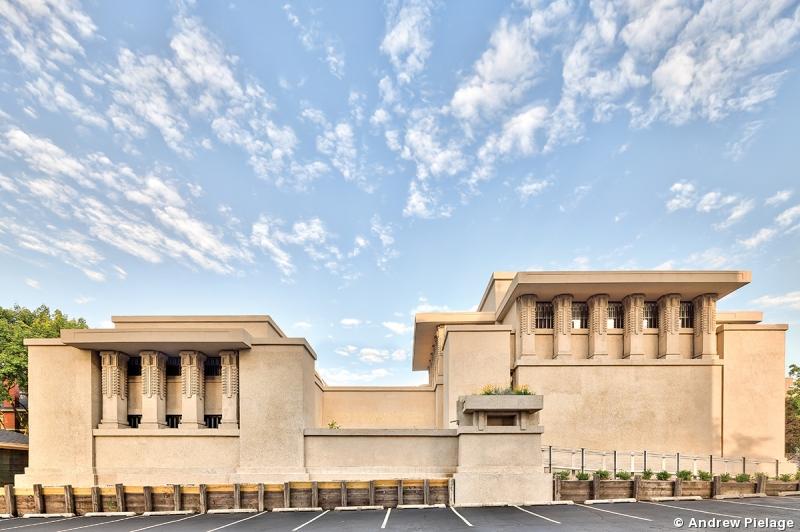