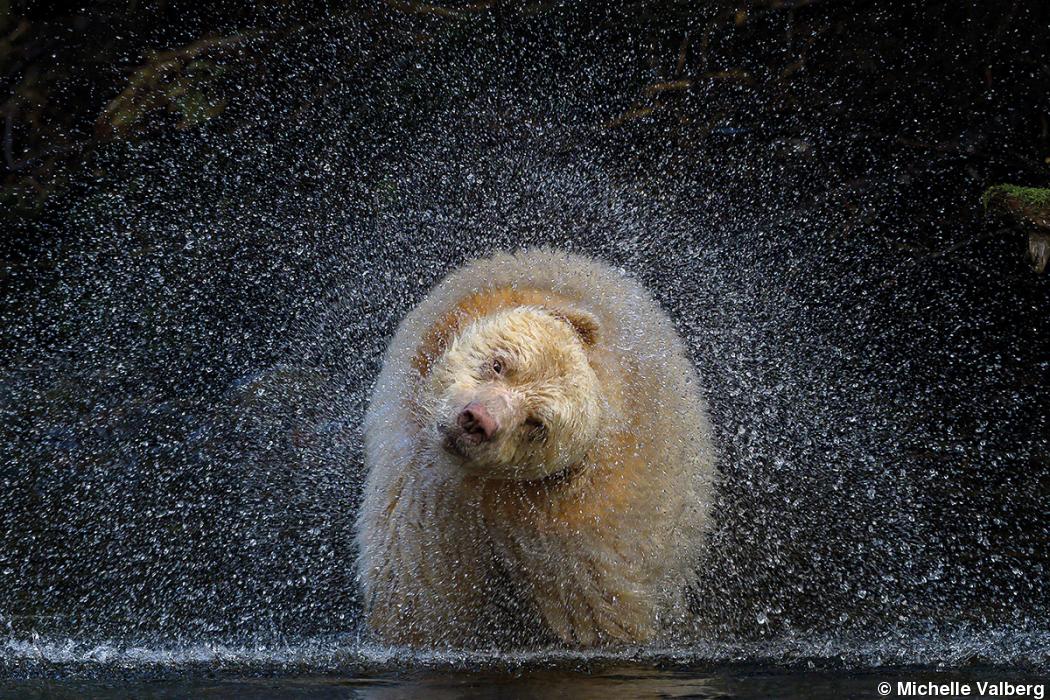 Backstory: “In the Great Bear Rainforest, they call him Boss. He’s a rare spirit bear, a sub-species of the black bear. They possess a recessive gene. A Tshimsian myth says, Raven made one in every 10 black bears white to remind the people of the time when glaciers covered this land. I was honored to spend time with Boss on a remote island in northern British Columbia last October. As I watched him fish for salmon, his power resonated and left me in awe. He then put his head under the water to eat roe off the rocks and sand below. I crouched low for a good vantage point. I had my Nikon Z 7 with 800mm lens on a tripod next to me, another Z 7 with the 500mm PF (that was fogged up at the time) and my Z 6 with the 70-200mm. He faced me. He was so close I used the shortest lens I had ready. Anticipating that perfect moment takes patience. Eye to eye, Boss lifted his head and shook the water off his fur. The water droplets illuminated against the dark forest background. [I was] grateful for one opportunity, super grateful he provided more. Many clicks later I knew I had exactly what I was looking for. I was happy I had on the Z 6 for the faster frame rate and higher ISO capability.”

RELATED: Learn more about Valberg's wildlife photography journey and see a gallery of her images. 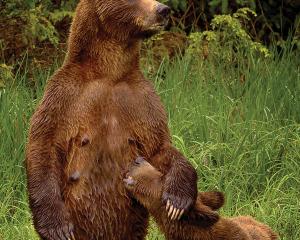 Gallery
Photos of her native Canada and beyond 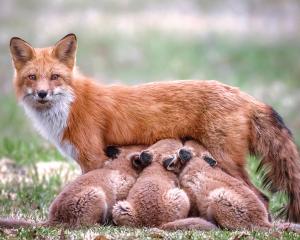 Michelle Valberg Answers the Call of the Wild

Profile
The Arctic stole her heart