What Michael Christman began in his garage in 1974 has become one of the largest school photography operations in the country, boasting a 78 percent market share in its region. That small business grew into part of the Lifetouch network to become one of its major California operations. Christman transitioned into business positions at Lifetouch, including vice president of sales, and spent decades helping elevate the company’s national presence. These days, he distills that experience into work as a business coach by counseling entrepreneurs on performance and business management. Christman doesn’t believe in work-life balance because, he says, your life is the big picture, and work is part of it. There’s no separation of the two that needs to be balanced. Instead, people should strive for overall life balance by creating a business that’s just right for them. The concept of just right is central to Christman’s business philosophy, which he says is achievable through tactical execution of a laser-focused plan.

“If the definition of success is as simple as getting what you want in life, and I believe it is, then the first step is to define our just-right scenario,” says Christman. “We start by envisioning as far out as each person can close their eyes and see. We paint a vivid picture for the whole person, not just the businessperson. That powerful, compelling vision should bring you joy. And it may be so big that it overwhelms you. Good! Now we’re getting somewhere. The next step is to chunk it down into doable pieces that we can knock off one at a time.”

Christman breaks down his business approach into three phases he equates to the legs of a tripod: They must be equal in length, strength, and contribution to the whole.

Discovery starts with a series of questions: What do you want specifically? By when? Why? Where are you now in the process? What are your greatest strengths? What things hold you back?

Once you’ve answered those questions, you’ll have established a measurable gap between where you want to be and where you are. Then you can establish some specific goals. “I believe that discovery is the step that trips most people up,” says Christman. “They set goals too low in fear of failing. Or they don’t have a clear vision of what they want, and they set out to chart a course, hoping to find the Promised Land along the way. Great achievers know what they want and why. Because if you aim at nothing, you’ll hit it every time.”

If you map the gap between your current status and where you want to be, you’ll have created a path for yourself. “We take the mission, vision, and values statements and set some big goals,” says Christman. “These are SMART goals. SMART stands for specific, measurable, action-oriented, relevant, and time-sensitive.”

Establish goals in 90-day sprints so you can work through one goal over the course of three months, celebrate your accomplishment, and then move on to the next goal. The key, says Christman, is to be specific. The more focused the goal, the more you can accurately assess your progress.

“Mapping is important because so many people blissfully embark on their entrepreneurial journey without a pragmatic view of what lies ahead for them,” says Christman. “Doing that is like heading out to sea in a rowboat. At first the waves are small, and then they get bigger, and sometimes there is a storm. Somewhere, early in the plan, there must be provisions to get a bigger boat as the business grows.” This is where commitments are made and habits are formed to support your goals. During this phase, people learn to handle the distractions and disruptions that throw them off course. Executing a plan requires a focus on priority, sequence, and the realization that all setbacks are temporary. Activities include making a prioritized list and then narrowing it down to the few things that matter most at any given time. Keeping that list fresh and relevant to the mission is critical. Using discipline to create automatic habits and attitudes around productivity and progress is also essential.

Of course, the big-picture issues affecting your business can seem like a distant thumbnail when you’re faced with the daily responsibilities of paying bills. This may be one of the most difficult balancing acts for photographers to manage: generating enough income now while chasing your dreams for tomorrow. “When possible, you want most of your short-term activity to feed your long-term vision,” says Christman. “This often means asking, What needs to happen next? What do I want long term? Then you have to work at getting your daily and long-term goals into rhythm. Sometimes, you have to do what you have to do to pay the bills. Once you’ve taken care of those things, then focus forward and get back to the mission.”

Ultimately, the goal is to build a business around a cohesive vision, one that guides your decision-making and helps you move steadily toward your ideal balance. There will be occasional setbacks or sidetracks, but if you maintain the core mission and manage your progress, you’ll still serve the fundamental goal. “Then, at the end of the day, you’ve built a business worth having and a life worth living,” says Christman. 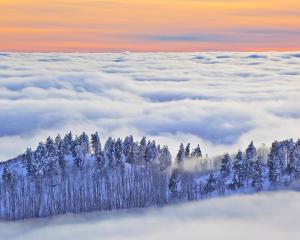 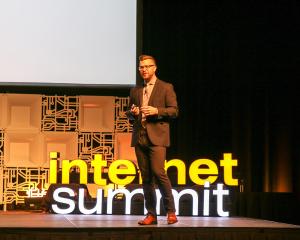 How to improve the customer experience

Business
Try the power of pop 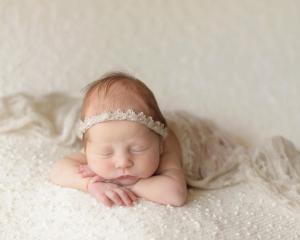