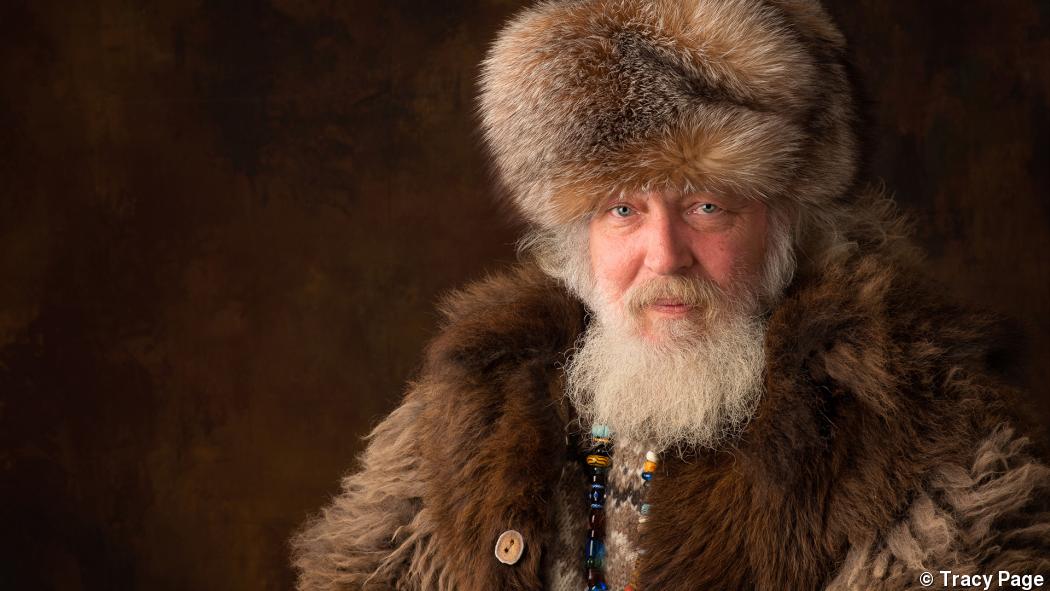 When Tracy Page, Cr.Photog., CPP, of Douglas, Georgia, first got into photography, she faced a wall of negativity from many of the established photographers she encountered. Members of the old guard doubted her professionalism and her abilities. They were suspicious of her motives and withheld advice. Most discouraging: They told her again and again, “You’re doing it wrong.”

With a background in painting, drawing, and fine art, Page was a well-regarded artist who could boast a long history of image creation. Then, about 10 years ago, she started transitioning into photography on a part-time basis. Her ultimate goal was to establish herself as portrait photographer for both private and commercial clients. “I had been making fine-art portraits since high school, just not with a camera,” she says. “The camera became a new tool. I was trying to relate my training in painting and drawing to photography.”

Unfortunately, the feedback she received from several photographers left her intimidated and discouraged. Several studio photographers told her that if she wasn’t using a five-light setup to shoot portraits, she was wrong. They dismissed her as a hobbyist with a camera, not an earnest professional learning the trade.

It was so intimidating that Page didn’t even tell most of her friends that she’d started pursing photography professionally. She called herself “the accidental photographer” as a way of downplaying her new career.

“I can understand that there is a valid concern about new photographers coming into the field and watering down the profession,” says Page. “There is a lot of animosity toward those newer photographers from the establishment regardless of whether or not those people should legitimately be in the industry. That’s led to a disconnect between photographers who have been in their studios for 15 or 20 years and the new people coming into the industry. That can make it difficult for those newer photographers to find the resources to get better, to be more professional. For me, it was very hard to find people who were willing to train me and help me.”

It was a tough situation, especially since Page had been studying photography for years and was ready to take the next step. She’d taken courses, read everything she could find, and self-directed her training as far as she knew how to take it. She was ready to advance, but she needed guidance. Page’s dramatic evolution as a photographer began when she joined PPA in 2009. She’d made the plunge into full-time professional photography a year earlier, and she recognized that she needed more structure and more community to help her grow. “Through PPA I found people who were willing to help me, to guide me, instead of trying to break me down,” she says. “It was so refreshing and inspiring.”

After joining PPA, Page began connecting with mentors almost immediately. One of the first people to help her was Tony Corbell, Cr.Photog., API. At a time when Page still doubted her abilities, Corbell encouraged her to trust in her artistic vision. “He was one of the first to let me know that how I saw things was not wrong,” says Page. “He really encouraged me to push on as a photographer. Initially, I was feeling beat up, that I didn’t have the knowledge of other photographers and maybe shouldn’t pursue this career. Tony told me, no, your point of view is valid.”

In addition to the confidence boost, Corbell showed Page the wonders of single-light portrait lighting and how to build a more complex lighting structure from that single source. This had been a major sticking point for Page as she struggled to transition from creating light as a painter to shaping it as a photographer. Painters learn to see and paint light so it looks as if it’s actually there. Photographers capture light and create the effect they want while managing proper exposure. Say that a portraitist wants a highlight on the subject’s nose.  If you’re a painter, it’s no problem: Just paint it in. But if you’re a photographer, you have to set up the lighting to get that highlight and then ensure it’s not lost through overexposure. “I had to learn how to retrain my approach to light,” says Page. “I realized that in photography, shadow and the absence of light are often related to overexposure and underexposure. Learning to create and expose for light were techniques that I might have struggled with for years had it not been for some good guidance.”

Not long after joining PPA, Page decided to get her PPA certification. During that process, she met Eric Richards, M.Photog.Cr., CPP, who was her certification instructor for the class before the test. Like Corbell, Richards gave Page encouragement about the quality of her work. Richards helped Page through the certification process and instructed her on the vital technical elements that helped her earn her certified professional photographer credential in 2011.

In addition to Corbell and Richards, Page has worked with many other mentors, including Helen Yancy, M.Photog.Hon.M.Photog.M.Artist.MEI.Cr., CPP, API, A-ASP, F-ASP, and Maria Bernal, M.Photog.Cr. Both of them taught her lessons about the art, craft, and business of professional photography.

Four years ago, Page started entering PPA image competitions. This process has been an eye-opening combination of tough love and a real-world education on advanced photographic techniques. During her first two years of competition, she did not earn exhibition merits for any of her submitted images. “The first mentoring session I had before competing delivered some of the toughest feedback I have ever heard,” says Page. “I needed to rethink my lens choices, my lighting choices, my composition choices. It occurred to me that I was just scratching the surface of what I could do in photography. I was making money as a photographer at that point but was just offering the basics. There was so much more.”

Page has embraced every learning and mentorship opportunity offered to her by PPA. Her efforts earned her the photographic craftsman degree earlier this year, and she’s currently working on her master of photography.

As part of the process, she’s improved the overall quality of her work, which has led to better success in the PPA International Photographic Competition. In her third year of competition, she earned an exhibition merit for a headshot and had a landscape image accepted into the prestigious Loan Collection. That success helped her earn distinction as Georgia Photographer of the Year and Best in State from the Southeast Professional Photographers of America for 2014. This year, Page experienced an overall boost in district scores and earned merits for three images scoring 86 or higher. “I’ve seen a huge improvement in my work year-over-year,” says Page. “It’s helped with competition, but most important, everything I have learned through the competition process has helped me offer a better product to my clients. That has been the key to my success.”

For example, one of Page’s staple business lines is professional headshots for the entertainment industry. Her headshots started out as very specific images designed to meet the requirements laid out by the talent agents that referred her work. Over time, as she’s honed her craft, she’s been able to improve her offerings substantially. She delivers what the agents need but also gives them more than they expect. This might mean creating a headshot that not only shows a full image of the face but also has a sense of dimension and a different perspective. Instead of flat backgrounds or bland studio backdrops, she creates images with cinematic depth and dramatic lighting.

By developing her style and offering an increasingly high-quality product, Page has become one of the most recommended headshot photographers in the Southeast. She’s now booked up to two-and-a-half months in advance, and other photographers now contact her to ask what’s on trend in the head shot niche.

“This journey has been inspiring, and I have so many people from PPA to thank,” she says. “Getting that validation, that sense that you belong and that your work has real value, that is invaluable to an artist. It has made such a difference in my work and my career. 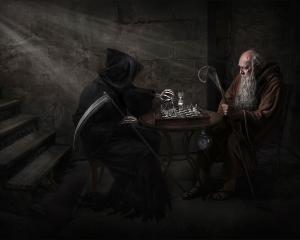 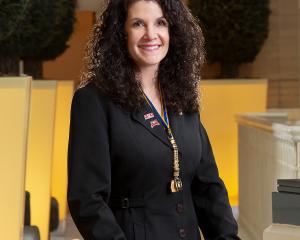 Business
Without risk, there is no reward. 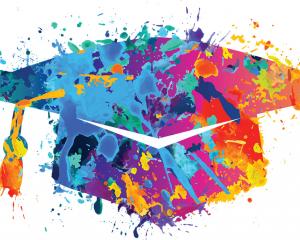 PPA teams up with NYIP to offer CPP exam 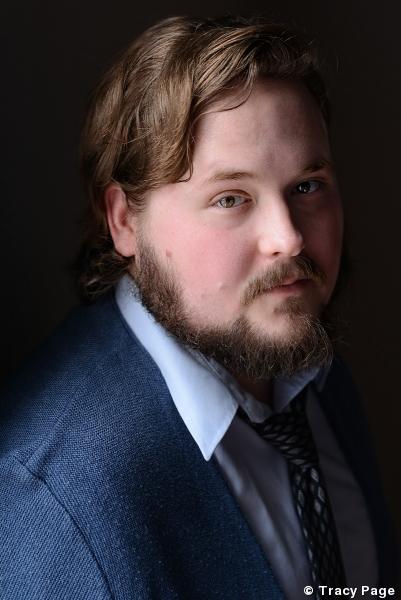 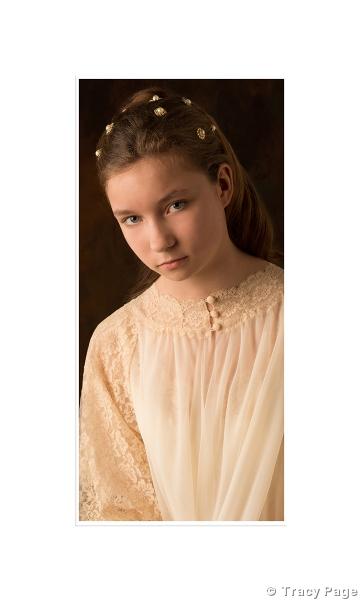 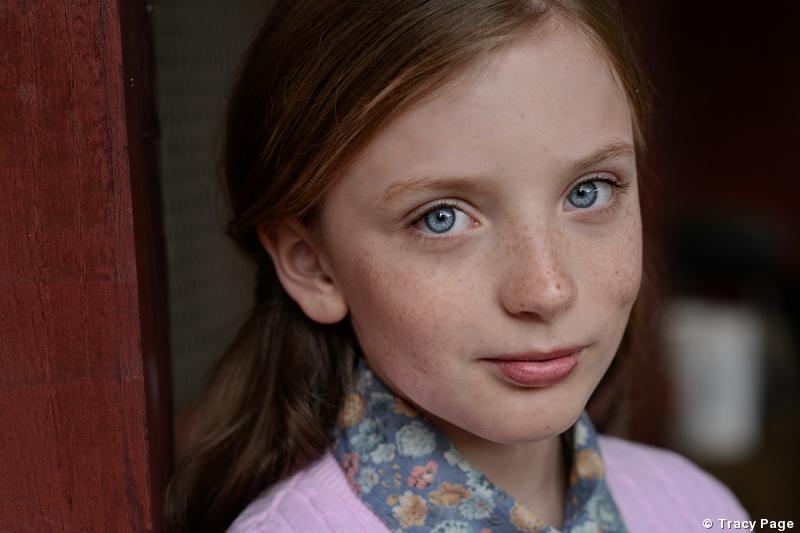 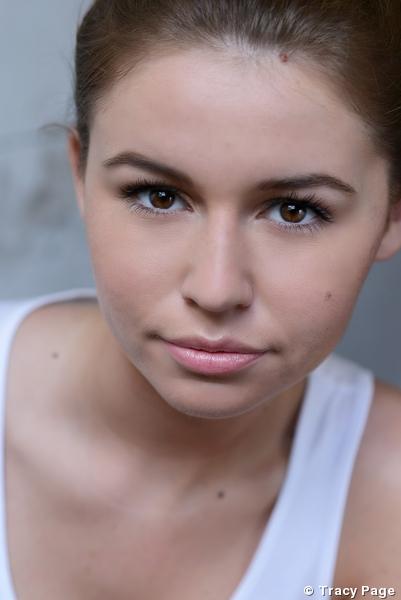 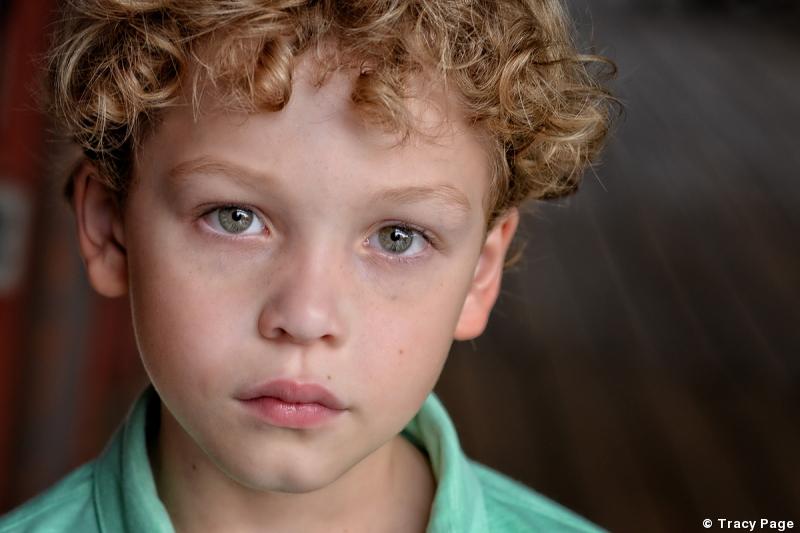