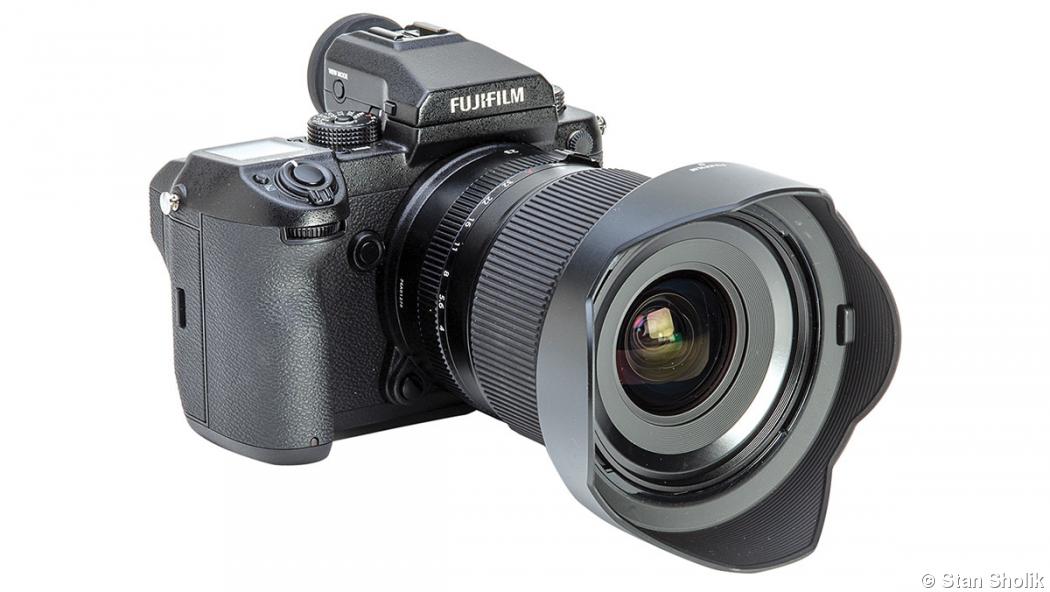 With the introduction of its X Series digital cameras in 2010, Fujifilm proved itself to be a major innovator in small-format digital camera design. It has carried this innovative thinking forward with the medium-format mirrorless Fujifilm GFX 50S. Portrait, fashion, studio still life, and landscape photographers will find much to love (and a few things to wish for) in the GFX.

The GFX is compact, is relatively lightweight, and has a nearly flat top plate. With the 3.2-inch, 2.36-million-dot articulated LCD, the included but removable electronic viewfinder (EVF) isn’t necessary and adds weight. Even with the EVF attached, the GFX is smaller and lighter than a Nikon D3S and closer to the size of a Nikon D800E.

The 43.8mm x 32.9mm sensor captures more than 51 million effective pixels, and image quality exceeds that of the Nikon D800E. This was especially noticeable in the smoothness of subtle gradations when I made a difficult capture of an oil painting with both cameras. The outstanding image quality and smooth tonal gradations were also evident in all of the landscape and portrait captures I made.

Fujifilm X Series cameras were innovative not only with the X trans sensor but with the outstanding ergonomic design as well. While the GFX sensor uses a traditional Bayer-array filter to reduce the complexity of image processing, Fujifilm has successfully endowed the GFX with easy-to-understand controls and the ability to change settings quickly, making the camera a pleasure to operate. © Stan Sholik
Skin tones in portraits have smooth gradations. The GFX includes film simulations of Fujifilm Astia as well as other film types that were popular.

The top panel is dominated by two large dials: On the left is the ISO dial, on the right the shutter speed dial. Each has a central button to lock the dial once it’s set, which I love. I confess to using the automatic (P) exposure mode almost exclusively outside the studio. It adjusts ISO values and the slowest shutter speed within ranges you set. The camera’s metering was uncannily accurate. I could use the front or rear command dials to adjust shutter speed or aperture in P mode while keeping an accurate exposure. Any ISO of 3200 or lower yielded excellent, noise-free captures, with ISOs up to 12,800 being perfectly usable with post-production noise reduction.

Even given the ease of operation, there’s a complex menu structure available to users. I was able to adjust any setting I could think of using the six major settings groups plus the custom settings group. There’s also the Q (quick menu) button, found on the thumb rest on the back.

Pressing the Q button displays 16 options on the rear LCD, which are adjusted by selecting an option and turning the rear command. You have access to everything including autofocus mode, EVF/LCD brightness, and custom settings. If you want a different setting that isn’t on the default list, you can edit the quick menu to allow up to 16 of 28 possibilities. © Stan Sholik
Taken inside Palomar Observatory at ISO 12,800, the image is sharp and virtually free of noise after post-processing noise reduction in Lightroom.

Image quality from all the lenses is outstanding. The 23mm f/4, equivalent to about an 18mm SLR lens, is ideal for landscape and architecture. The 32-64mm f/4 zoom (approximate 24-48mm equivalent) is a great everyday lens for general shooting. And I was astonished at the images taken with the 120mm f/4 (approximate equivalent to a 95mm) macro lens, if somewhat disappointed it only reached 0.5X magnification. All of these lenses feature the latest glass, aspherical elements, and lens coatings.

Another feature of the GFX that won me over is the touch screen focus control. It’s instantaneous and ideal for landscape and portrait photography. In image review, standard finger gestures are used to zoom in and out and pan around.

Like the rear LCD on the Fujifilm X-T2, it has a dual hinge design so you can tilt it up, down, or to the right at seemingly crazy orientations to allow shooting from otherwise impossible positions. The rear LCD on every camera should have these capabilities.

For portrait photographers, Fujifilm has included an Intelligent Face Detection setting with several options. With only face detection enabled, the setting focuses the lens on any face detected in the scene. If there are multiple faces, the face closest to the center of the frame is selected. There are also options to focus on the right or left eye, or to let the camera decide which eye to focus on. I found this to be unfailingly accurate, allowing me to concentrate on the subject rather than the focus point.

Moving the focus point manually is never an issue, by the way. The GFX incorporates a joystick in easy reach of your thumb to position the focus point quickly if you’re using the EVF or choose not to use the touch screen.

There are a few functions that could be changed or improved, several related to capture review.

I’d rather see the capture review button in a spot that didn’t require me to pull my thumb out of the grip, for example. And I would have liked options longer than 0.5 or 1.5 seconds for the capture to display. The continuous option leaves the image on until you press another button, which is fine until you get distracted and forget to switch the display off.

Much of these display issues are trade-offs for battery life. The GFX 1250 mAh battery is rated for 400 captures with the 63mm prime lens. I never had an issue during my short shooting sessions, but I did run the battery to half power a few times with fewer than 100 captures and lots of image reviewing and menu option switching.

Autofocus can be rather sluggish in dim light and other low-contrast situations due to its contrast-detect system but is fine for landscape and studio photography. It’s also slow on startup, from initial power-up as well as from sleep.

The electronic viewfinder leaves much to be desired. I saw considerable shimmering and moiré patterns, which are distracting. Despite this I still found myself lifting the GFX to my eye more often than holding the camera in front of me to use the rear LCD.

Cost is another issue. The $6,500 price point for the body seems reasonable given the competition. Street prices for the lenses range from $1,500 for the 63mm prime to $2,700 for the 120mm macro, which is also not far out of line these days. But $120 for a spare battery, $100 for an AC adapter, and $135 for HS-V5 software to allow tethered shooting seem excessive. Free X Acquire software is available for minimal control over tethered shooting, but pros will have to spend good sums of money for essential accessories.

On the other hand, the free Fujifilm Camera Remote for Apple and Android systems allows wireless control over the camera, the ability to download camera images to your smartphone, and upload geotagging to the image file. I was impressed with how well it functioned, particularly while I relaxed waiting for light conditions to change.

With the range of features and innovations in the Fujifilm GFX 50S, there is much to like and only a few issues to address. But most important is the quality of the images, which is outstanding at all ISOs from 100 to 12,800. Portrait, fashion, studio still life, and landscape photographers have another excellent option for their work.

Stan Sholik is a commercial and advertising photographer in Santa Ana, California. 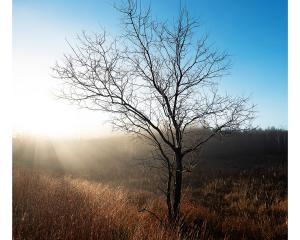 Grand view: A first look at the Fujifilm GFX 50R 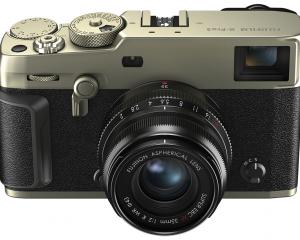 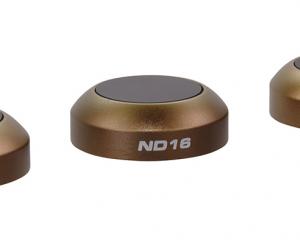