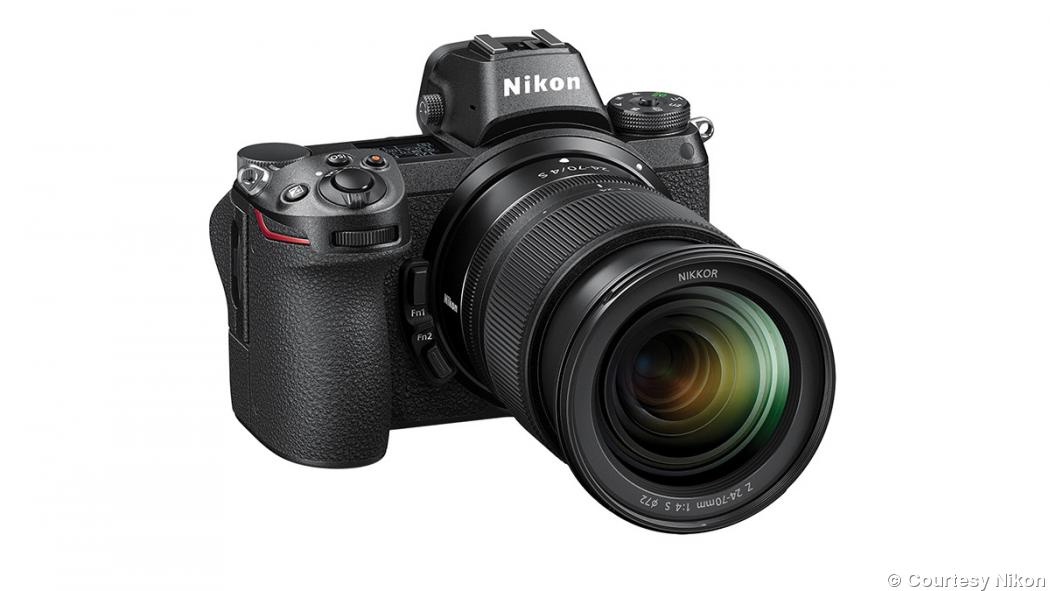 It’s the whole package that distinguishes the Nikon Z 7—the combination of high image quality and an enjoyable user experience. It’s not perfect, but it’s darn close to everything a mirrorless camera should be: user-friendly in almost all aspects and versatile.

Nikon wants Nikon DSLR and film camera users to feel at home with the Z 7 while also inviting new customers through the camera’s ease of use, ergonomics, responsiveness, and style.

Mirrorless cameras can be smaller and lighter than DSLRs, but the control layout still needs to be responsive and feel familiar. The Z 7 has a body large enough for the physical controls not to be crowded together or easily confused with each other. Without taking my eye away from the viewfinder, I can quickly put my thumb or fingers on the control I want to adjust without interrupting my concentration on the image.

Eliminating the reflex viewing system, mirrorless cameras don’t require the complex autofocus (AF) systems used in DSLRs, which saves additional weight and space. As a result, the Z 7 is half a pound lighter and substantially shorter and thinner than Nikon’s other 45.7-megapixel camera, the D850. The slim body makes the contoured handgrip substantial, and being able to curl your fingers around the grip is part of the reason the Z 7 is so comfortable to use. Even if you have small hands you feel a secure grasp on the body.

The grip houses the camera’s battery and the single CFexpress/XQD slot. My experience with XQD media is that it’s extremely robust, but I prefer having two media cards to use the second one as an in-camera backup or for overflow when the primary storage device is full.

Nineteen of the camera’s 23 physical controls are easily reachable on the right side of the body, with only four on the left. By comparison, the D850 has 16 physicals on the left and 15 on the right. Roger Cicala and Aaron Closz of Lensrentals did a comprehensive teardown of the Z 7 and found it solidly built and as robustly weather sealed as they’d ever disassembled.

A large, high-res touch-sensitive display takes up much of the back and functions as a control device that uses finger gestures and swipes. The monitor tilts in a 170-degree range, making overhead and down low compositions easy to master. © Ellis Vener
The Nikon Z 7 performs wonderfully in a variety of environments such as this nighttime setting at the Atlanta Botanical Garden. It was taken handheld using the Nikkor Z 24-70mm f/4S lens at 70mm with an exposure of 1/160 second at f/4, ISO 2000.

AF sensors are limited in the area they can cover in SLR cameras, but mirrorless systems mostly remove that limitation. The CMOS sensor in the Z 7 incorporates a grid of 493 phase detection autofocus sensors covering 90 percent of the chip’s imaging area. The camera’s autofocus computer automatically switches between phase detection and contrast detection depending on what’s being photographed. The hybrid system worked reliably in studio lighting and in low-level ambient light. A recent significant firmware update promises to boost low-light autofocus performance and introduce eye detection autofocus in both AF-Continuous and AF-Single modes. Nikon says the eye detection mode recognizes multiple eyes in a scene and allows the photographer to select which one to track.

The Z camera’s CMOS sensor is mounted in a multi-axis gimbal, providing up to five stops of image stabilization. Stops, in this context, refer to the capacity of a camera or lens to use longer than normal shutter speeds for a given lens. In-body image stabilization (IBIS), the system Nikon uses in the Z 7, compensates for camera motion in five directions: pitch (up/down tilt), roll (side-to-side tilt), yaw (horizontal panning motion), X (up/down), and Y (side-to-side). Nikkor Z lenses can make full use of the IBIS system, while F mount lenses used with the FTZ adapter use only the pitch, roll, and yaw axes. In real-world use I’m getting more keepers when handholding the camera in modest- to low-light levels.

© Ellis Vener
One of the things that makes the Nikon Z 7 fun to work with is its ability to track and lock focus on fast-moving subjects.

In conjunction with Nikon’s Expeed 6 processor, the backside illuminated (BSI) CMOS sensor used in the Z 7 delivers a maximum dynamic range of 11.56 stops at base ISO (64) to 5.9 stops at ISO 6400 (according to photonstophotos.net). The signal-to-noise ratio is related to but different from dynamic range, and ISO 3200 was my limit before noise started being objectionable for full-scale images. For small reproduction, on screen, or prints, you’ll have to decide what your upper limit is or what noise reduction strategy to employ.

The electronic viewfinder (EVF) is bright and clear with a multi-element optical path. It incorporates a -4.0 to +2.0 diopter adjustment. The EVF shows 100 percent of the imaging area at 0.8X magnification, but it’s easier to see into the corners of the screen if you don’t wear glasses. Using an EVF is most advantageous in low-light situations where its brighter view allows you to see more than your eyes alone could. You can magnify the picture to check focus or bring up the camera settings menu. There are also options for the display to show a luminance histogram or an electronic level. In some circumstances there can be a slight delay as subjects move, but my brain quickly adjusted, and I came to feel like I was missing fewer shots than I have been with DSLRs.

The new four-prong Z lens mount appears quite large relative to the body. The Z mount’s 55mm diameter throat not only dwarfs the 44mm diameter of the Nikon F-mount, it’s substantially larger than other full-frame cameras, digital or film. Though Japan’s standards agency rates the new EL-EN15b lithium-ion battery for an average of 360 full-resolution frames in the Z 7, my experience shows that’s wildly off the mark. Over the past four months, alternating between EVF and rear monitor modes, and constantly using autofocus and doing a fair amount of reviewing, EN-EL15b battery life has averaged around 930 frames per full charge. The Z 7 can also use earlier EN-EL 15a and EN-EL 15 batteries, but these do not deliver the same level of performance. The EL-EN15b recharges through the Z 7 USB-C port or in the same charger Nikon uses for all EN-EL15 batteries. Although all EN-EL15 batteries share the same form factor, the new battery is a darker shade of gray, so it’s easily distinguishable among older models.

Stills and 1080p video are written to the camera’s CFexpress/XQD removable media or via HDMI to a monitor recorder such as the Atmos Ninja V. Like the lower-resolution Z 6, the Z 7 can also record 4K 10-bit 4:2:2 log video to an external recorder. Another firmware update coming in 2019 will enable full raw video in 12-bit 4K, which is an advantage if you do color grading or green screen production.

The Z7 has been a joy to use, with two exceptions. The most problematic is banding that showed up virtually every time I used the Silent Photography option. I hope that a firmware update may solve this. The other problem is that the built-in stereo microphones pick up camera-generated noise when the camera is tracking subject movement.

Over the past four months, I have exposed around 12,000 frames using the camera for studio and location portraits, architecture, industrial, landscape, and product photography. Other than the two issues I’ve mentioned and my desire for a second media slot, the camera has been more fun than work to use.

Ellis Vener is a contributing editor of Professional Photographer. 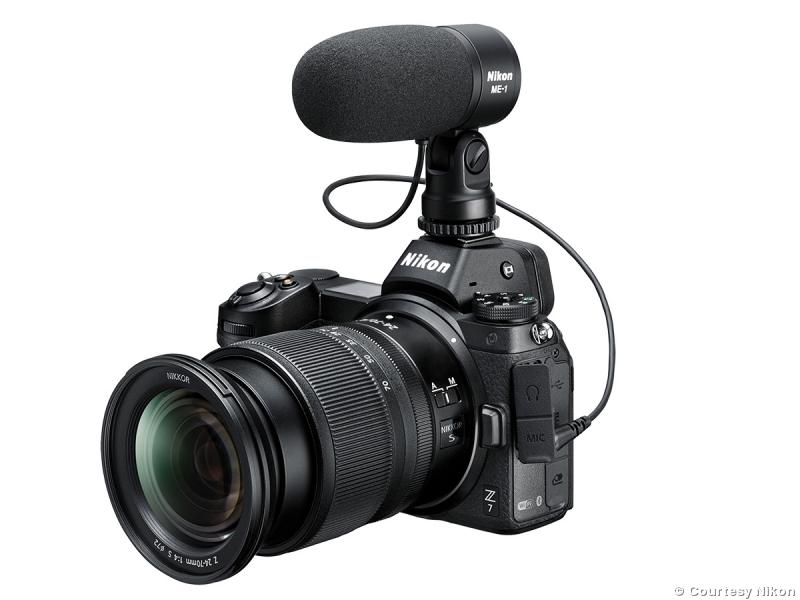 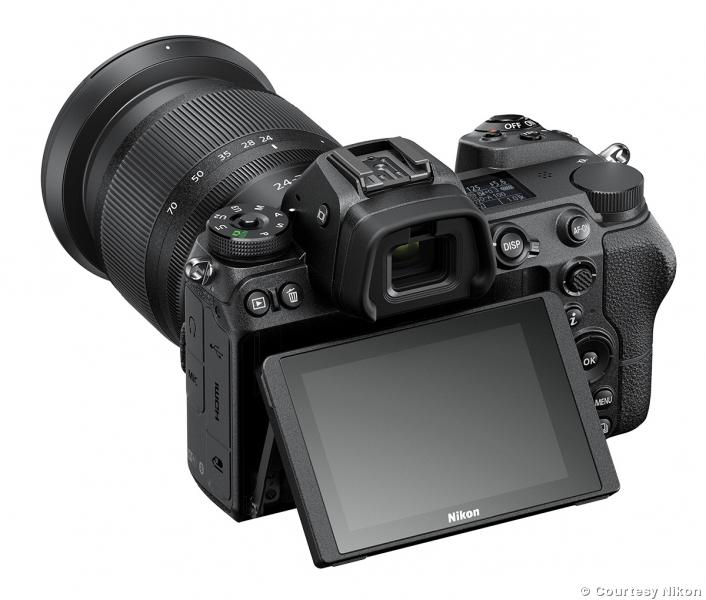 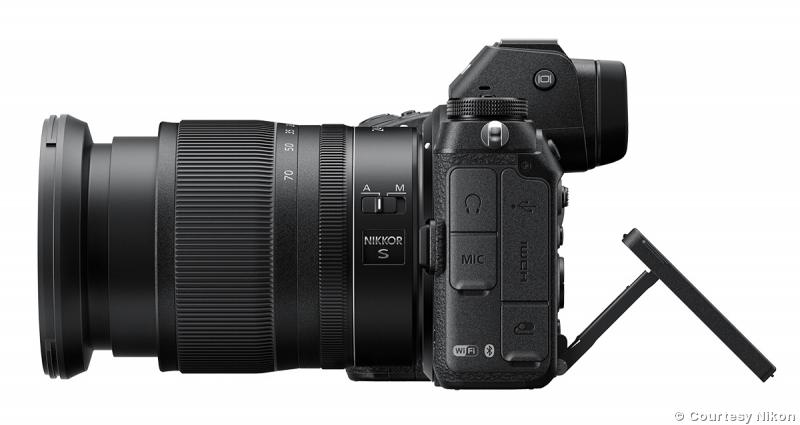 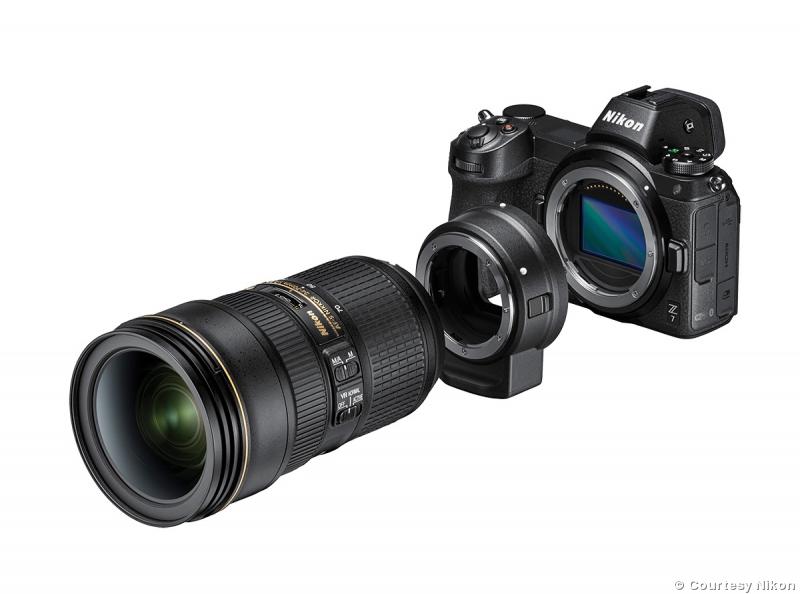 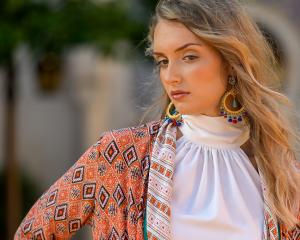 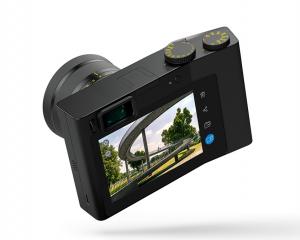 Tech
A seamless extension of your creativity 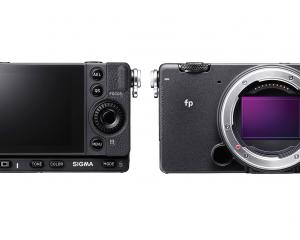