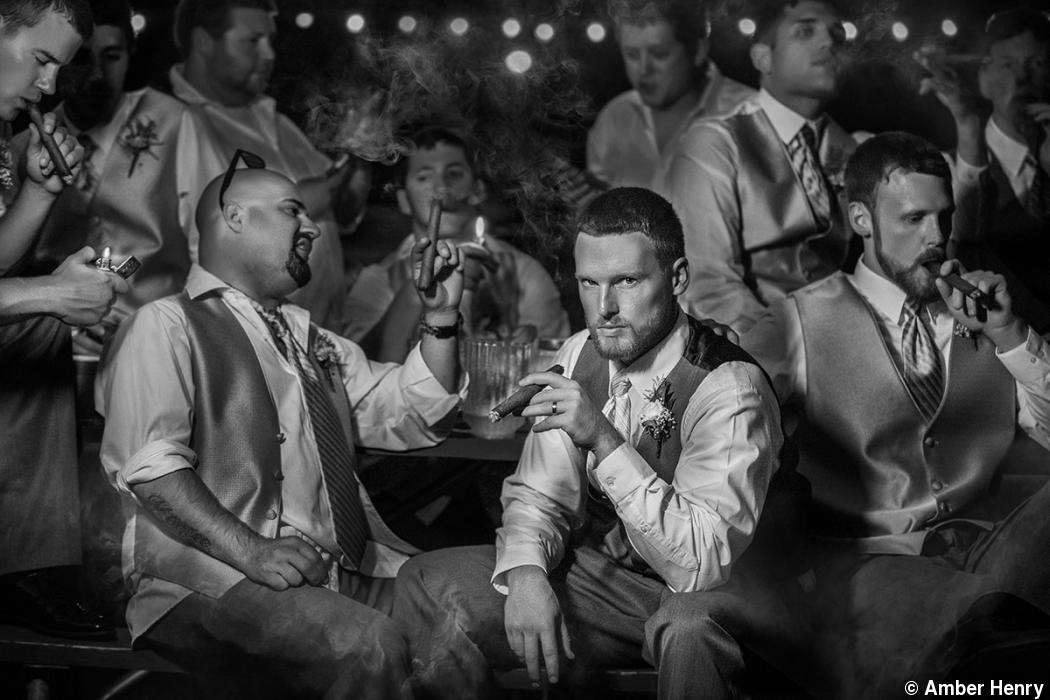 Saying yes to specialization and to print products

Amber Henry needed to make a change, not just in her business but also in her life. A single mom struggling through a difficult job at a large franchise portrait studio, she didn’t have enough of anything—time, money, flexibility, or inspiration. Deep down, she knew what she loved. She just didn’t know how to create an occupation and a life around it.

Henry started working with the franchise studio in 2004. She was 21 years old, with a brand new baby, and going through a divorce. Times were not good, but she had a steady job and eventually rose to a management position over five studios in Michigan. Henry loved her clients and enjoyed being behind the camera, but the restrictions of the company were difficult. Her workload was stringent and her schedule inflexible. She had to work weekends and holidays, without exception. The pay wasn’t great. And just about everything about the photography was dictated by the company.

One day, a company district manager left behind a copy of Professional Photographer. Henry read it cover to cover and was particularly impressed by the wedding photographers featured in the issue. She knew this was the kind of photographer she wanted to be. She also knew she’d have to quit the safety of her full-time job and strike out on her own. In 2008, she did just that, launching Amber Henry Photography in Saginaw, Michigan. “Looking back, I didn’t know anything,” admits Henry. “I didn’t know about business. I didn’t have a studio. I didn’t have any equipment. I’d always believed that to be successful you had to do everything—babies, portraits, seniors, weddings. So that’s what I started out doing. I’d opened this business because I wanted to concentrate on weddings, and here I was doing everything else. I was busy, but I couldn’t keep up with the workflow because I was pulled in so many different directions.”

Henry found herself falling into the same work pattern she’d had at the high-volume chain studio. She was overworked and underpaid with no free time. Working a fastpaced shoot-and-burn model, she spent about four hours on each portrait session and the related editing, and then handed over a disc of images for $150.

“The more I gave people, the more they demanded,” she says. “I couldn’t go any lower on my prices, I was working all the time, and I wasn’t making enough to pay my bills.”

In 2010, Henry joined PPA. She started by getting involved in PPA’s online forum, theLoop, and poring over issues of Professional Photographer. “I found that a lot of other photographers were going through the same struggles that I was,” says Henry. “It helped a lot to know that I wasn’t alone. It was like having an online family support network.”

When she started interacting with other PPA members, Henry quickly discovered that specializing might provide the boost her business needed to reach the next level. Rather than competing with a herd of other photographers—and offering no real differentiators aside from price—she could zero in on her passion, become more of an artist, and charge accordingly. “My turning point was getting involved in PPA, and seeing that a lot of people were specializing—and that was OK,” says Henry. “I could say no to babies, no to families, and my business would very likely be better for it!”

Henry’s next step was to switch over to a print-based product model. She attended a seminar given by Jerry Ghionis, M.Photog.Cr., about telling a story through the wedding album. That was an eye opener that prompted Henry to create a print product list and develop custom album offerings for her wedding clients. She also went to Imaging USA and perused the product samples at the Imaging Expo, adding many new selections to her sales list. She even opened up all her old issues of Professional Photographer, read about the various photographers whose work she admired, then added products to her lineup inspired by their offerings but tailored to her local market. Henry decided that she needed a professional studio space to work with clients during the cold Michigan winters. She found a natural light studio space that gave her a place to photograph some of her portraits, meet with wedding clients, and display her prints and products. She bought equipment as she went, paying for it from business proceeds to avoid accumulating debt.

With the opening of her studio in 2013, Henry took the giant leap away from shooting and burning. With guidance from Australian photographer Nick Ghionis, who she met through PPA, Henry launched the new studio and product-based model at the same time. She transitioned her old clients to the new pricing structure and started targeting new clients under a more high-end, custom provider model.

Next, she put a structure in place that allowed her to function more like a real business. Rather than making herself available at all hours, she now shuts off the computer at 5 p.m. She books afternoon sessions once a week only, and rarely takes weekend sessions outside of weddings.

“Photographers have to treat themselves more like a business,” she says. “Businesses aren’t available all hours, day or night. If you put a structure in place and stand by it, people will respect you more.”

Throughout this process, and continuing today, Henry has been a regular participant in PPA classes, forums, and online networking. She also attended Imaging USA 2016 in Atlanta, bringing her assistant along to take advantage of all the onsite learning, networking, and product information.

“It’s amazing what you can do if you keep training yourself,” says Henry. “It’s been amazing to see all the other photographers who have been in my shoes and made it work. The spirit of camaraderie within PPA is incredible. Especially since it’s not strictly local, you’re not competing with the people who you meet at the national level, which allows a better spirit of collaboration. The people within PPA are very much focused on learning from each other and how we can all make the industry better. That has been so refreshing.”

Today, Henry’s sales averages have increased dramatically, she has a much more manageable schedule, and she is focused on doing what she loves. She works with fewer clients, yet spends more time with each one, allowing her to produce better work and be rewarded for providing a higher level of artistry. The improvements in her workflow have been life changing. “Previously, I worked all day, got my kids home from school, fed them and put them to bed, and then worked all night,” she says. “Now I can play with my kids in the afternoon and not feel guilty that I should be working.”

By offering better products, more options, and more customized service, Henry started landing a new level of client. These clients appreciate the professionalism and quality and are willing to pay more for better service. Henry tracks her session averages and expenses closely, which helps her know exactly what she needs to make from each sale to sustain the business.

Many of her old, lower-budget clients went away, but new, higher-paying clients have replaced them. “The fear is that when you make changes, you will lose all the clients that sustained your business,” says Henry. “But when you make those changes, you see how they allow you to not only succeed at business but also have the lifestyle you want. After implementing these changes in my business, I am making so much more than before, and I have the schedule to enjoy it. I can afford to take my family on a vacation and enjoy some long weekends. I own a house and have stable lifestyle. It’s a big difference from the way things were before. We all love photography, but what we really want is a better life.” 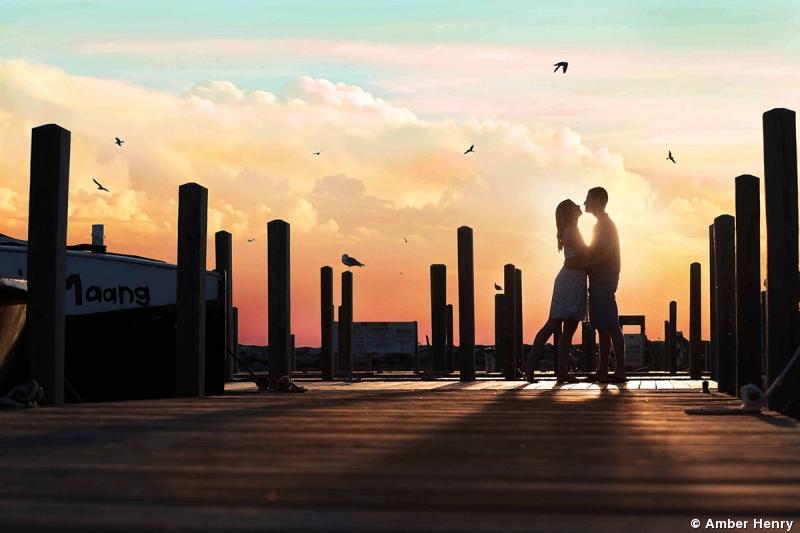 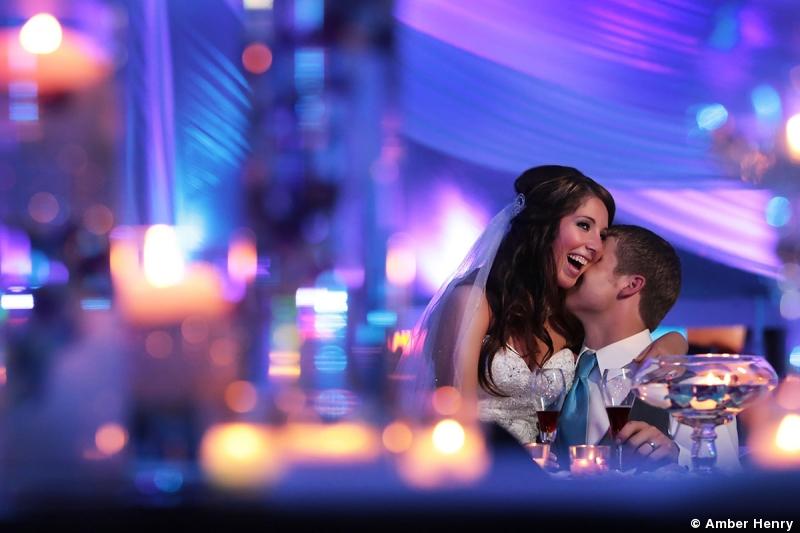 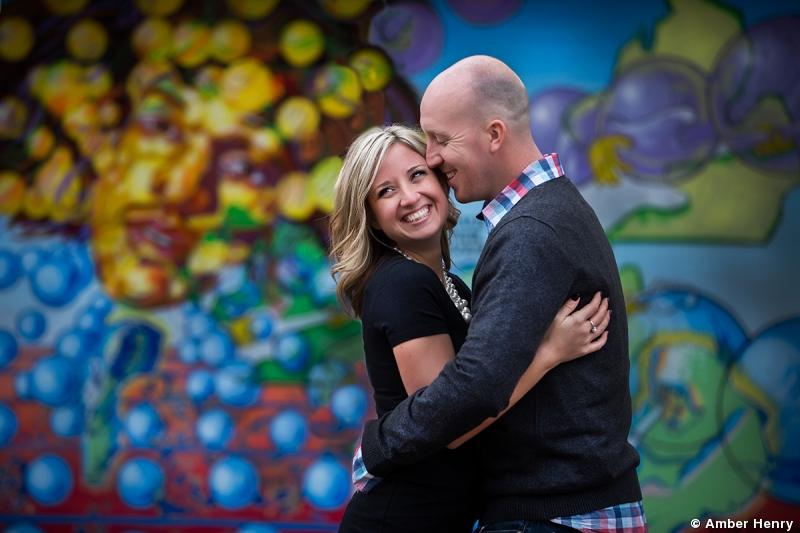 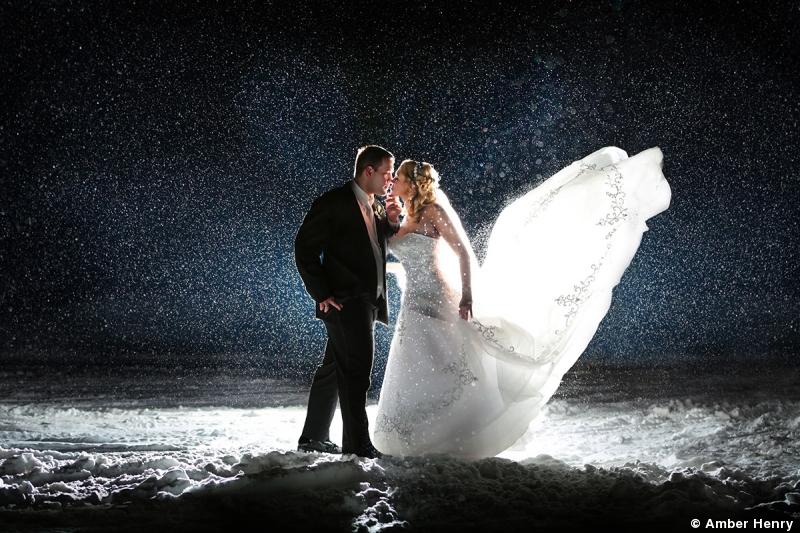 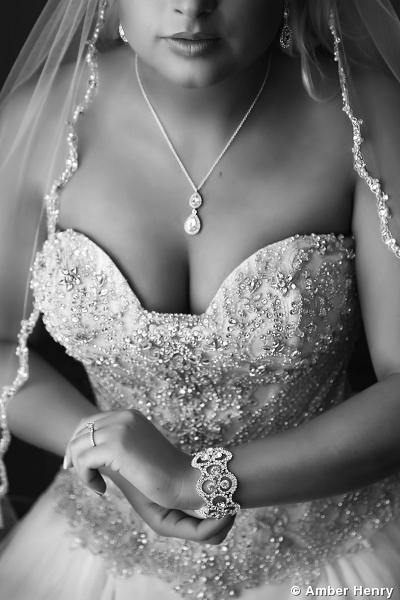 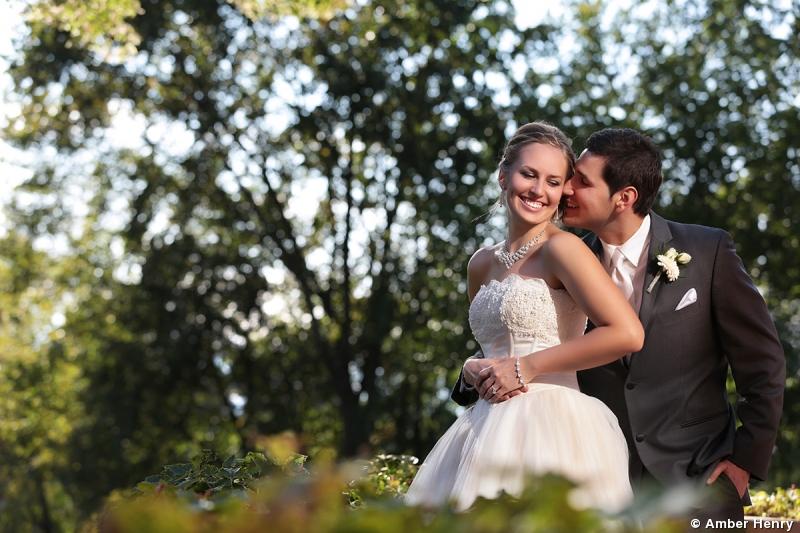 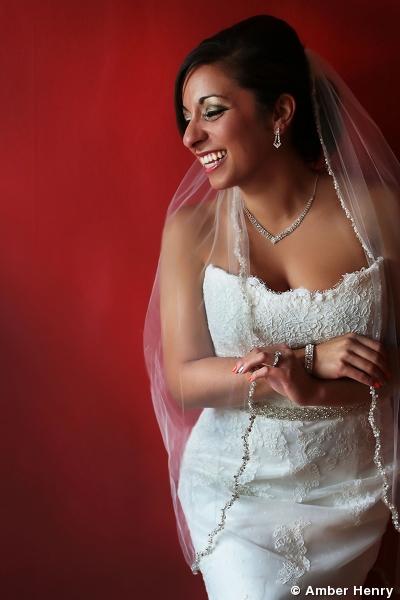 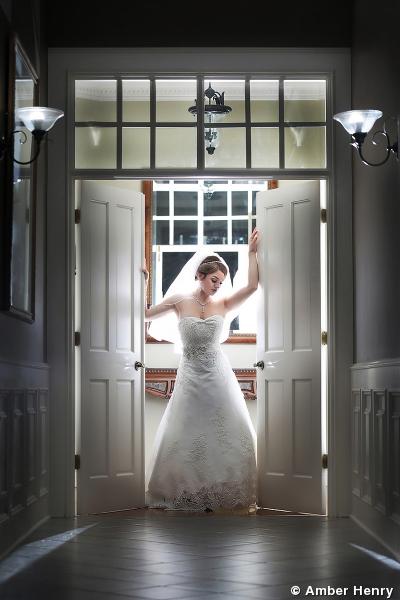 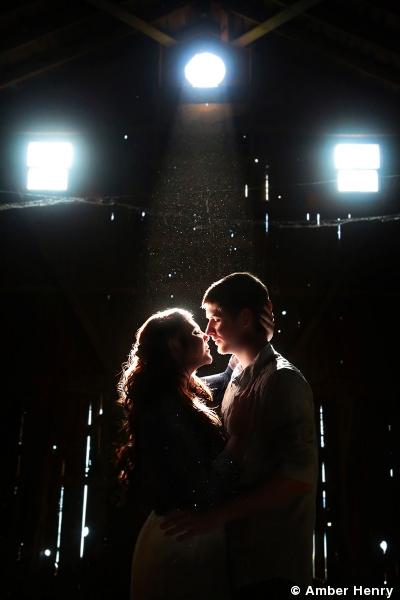 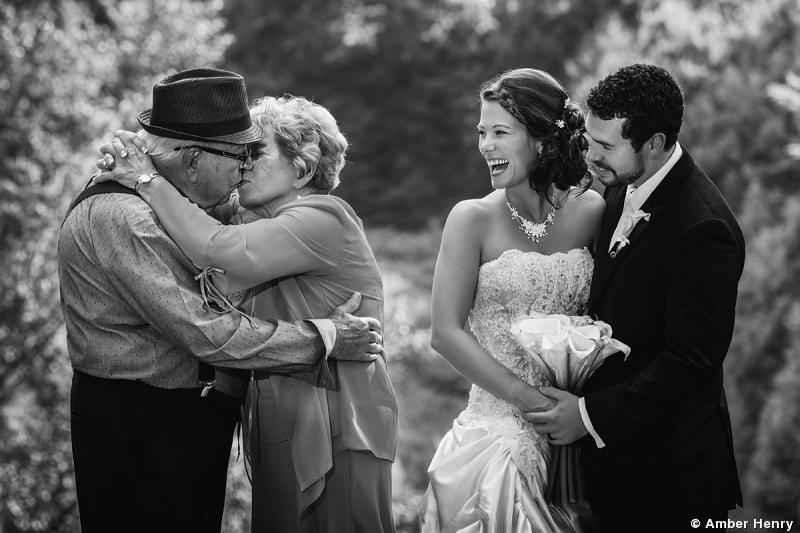 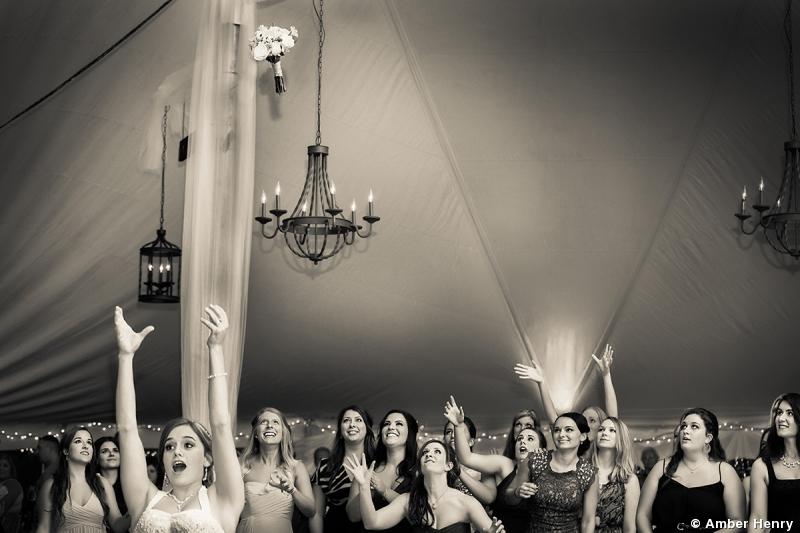 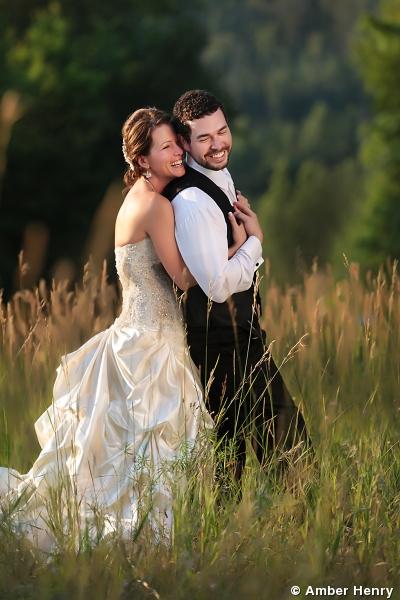 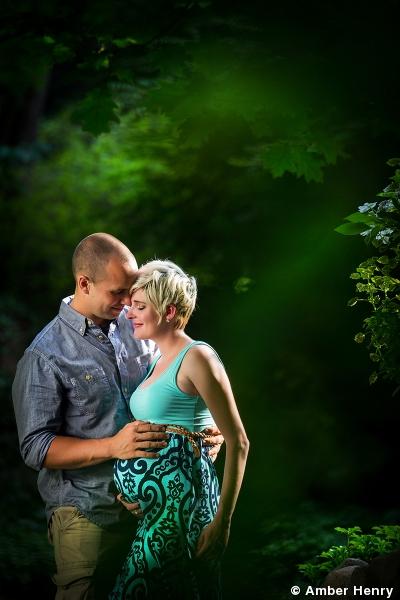 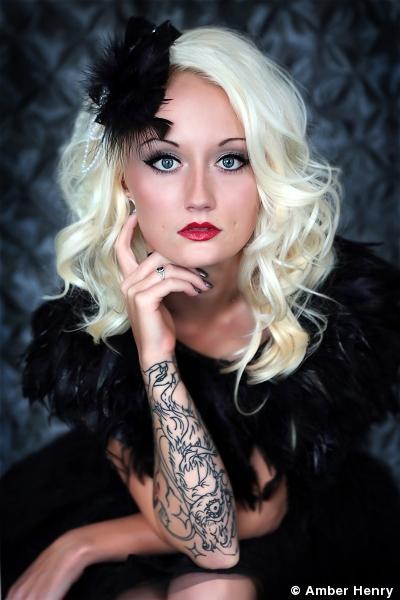 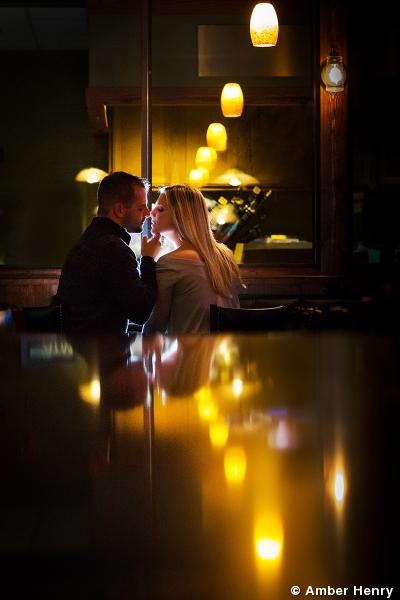 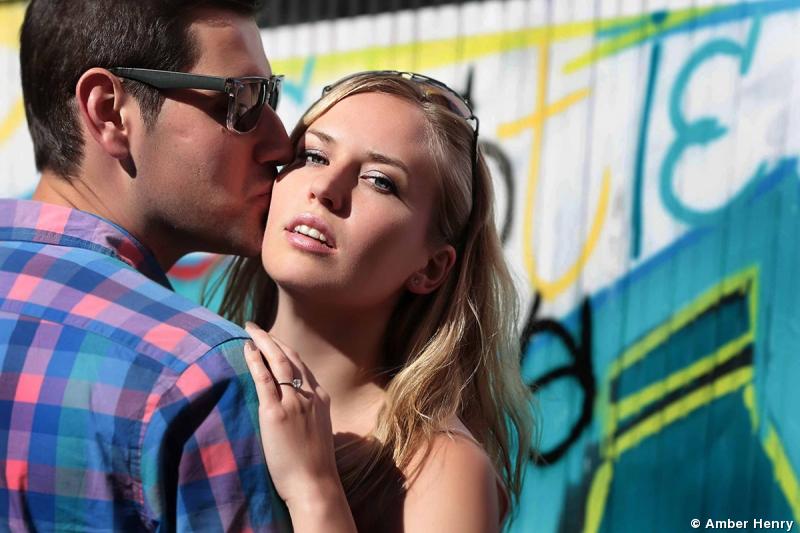 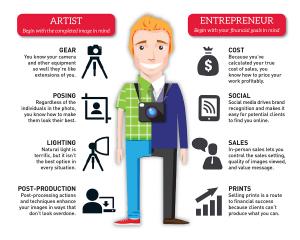 The pro photographer: Half artist, half entrepreneur

Business
Want to make money? Both creative and business skills are necessary 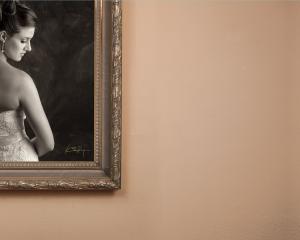 Business
If you're a professional photographer, selling prints ensures the success of your livelihood 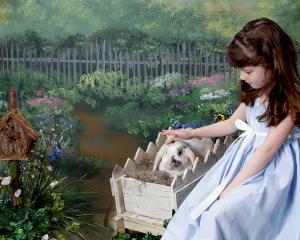