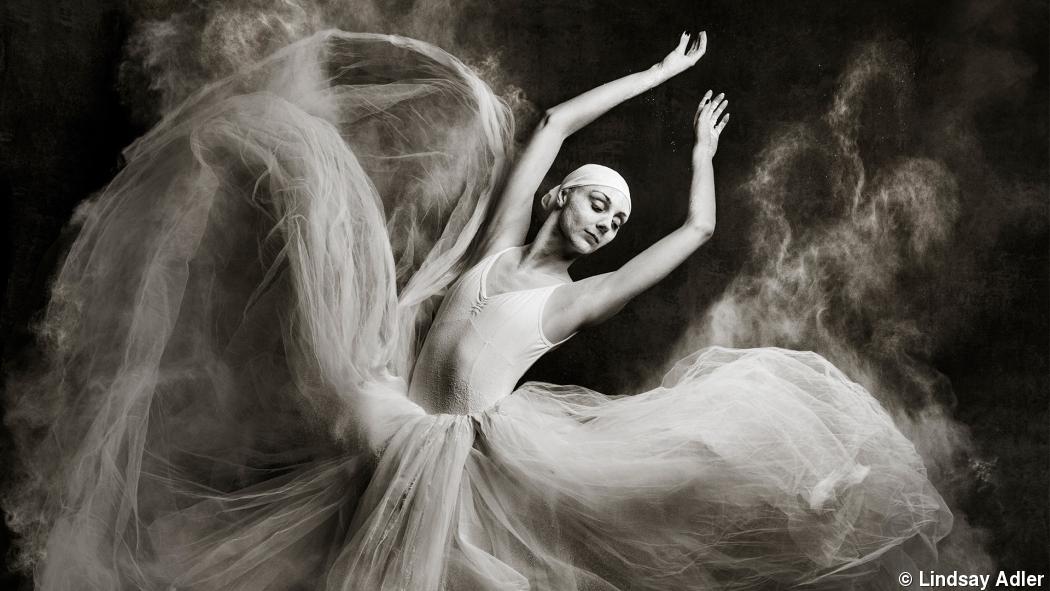 Drama and control are achieved with the use of a parabolic soft box with diffusion panels to the right of the subject and a fill card to left.

You’re probably familiar with essential light modifiers like soft boxes, umbrellas, and strip soft boxes. Your kit may even delve a little deeper into less common tools like beauty dishes, ring lights, or snoots. What about something a little different to get some new and exciting results? I’m thinking about three awesome light modifiers you may have never heard of. These aren’t everyday go-to tools, but they can be a source of inspiration or may help you solve a creative problem in the future. © Lindsay Adler
A spot attachment in action. A venetian blind gobo is projected on the model's face, and two rim lights illuminate her jawline.

Also known as spot projectors, spot attachments hold creative possibilities unlike any other.

Years ago I fell in love with an image in which the model had a beautiful pattern of light projected on her face. The light created a captivating swirl pattern around her eyes and cheeks with striking crisp edges. At first I thought the light pattern had been cast by a digital projector, but when I attempted to duplicate the effect the light was not as crisp, and the edges of the pattern weren’t defined.

I did some research and discovered the spot attachment light modifier. The spot modifier attaches to the front of the strobe, where it concentrates light into a focusable beam. Adding a gobo (short for “go-between”) cutout pattern within the modifier lets you project light and shadow on the subject or background.

The gobo options are endless—venetian blinds for film noir, floral patterns, stripes, spots, and more. There are hundreds available online, and if your vision is extremely specific you can even have a shape custom created.

I’ve used this tool in fine art nudes, beauty shoots, film noir, and more. A spot modifier is unique and gives you a one-of-a-kind effect.

Greater depth in a modifier means more control of the spread of light. Usually the deeper the modifier, the more focused the light. This is true of the narrow beam reflector and also applies to umbrellas and soft boxes.

Extremely deep parabolic umbrellas are popular among fashion photographers for their soft and glowing light with crisp shadows. Many photographers shooting on location enjoy the quick of use of a deep umbrella that’s quick to assemble and gives greater control over light. When I want more control of light or a soft light source with a bit more drama, a deep umbrella or parabolic umbrella is a must have. © Lindsay Adler
A long throw modifier creates deep, dramatic shadows. Here a single strobe is placed in the corner of the room with a reflector at a high angle.

Want dramatic shadows and crisp light? You may want to check out a long throw or narrow beam reflector. It concentrates light over longer distances with a dramatic falloff, meaning the light doesn’t spread out much, and shadows are crisp and dramatic on the subject.

Perhaps you’ve heard of a zoom reflector or basic reflector that goes on a studio strobe. These basic modifiers are used to control the spill of light. Long throw reflectors are similar but have a much deeper shape that forces the light in one direction and further prevents spill. The result is concentrated light with lots of contrast and deep shadows.

Adding a grid makes the light even more concentrated. This can help you create incredibly defined shadows on a surface and can also be a fantastic tool to imitate a spotlight from the movies.

Lindsay Adler is a portrait and fashion photographer based in New York City. 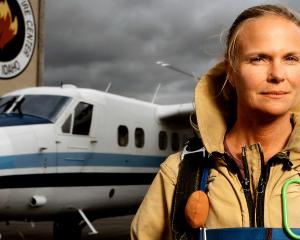 Single-source lighting? You got this 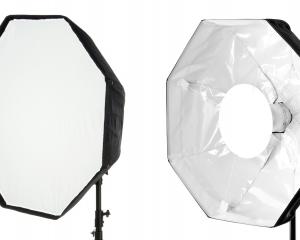 Tech
Lighting expert Tony Corbell explains when to use octabanks vs. beauty dishes in portrait photography. 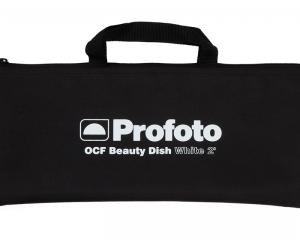 Tech
A new beauty dish with bold modifications to create creamy, crisp light for your photographs